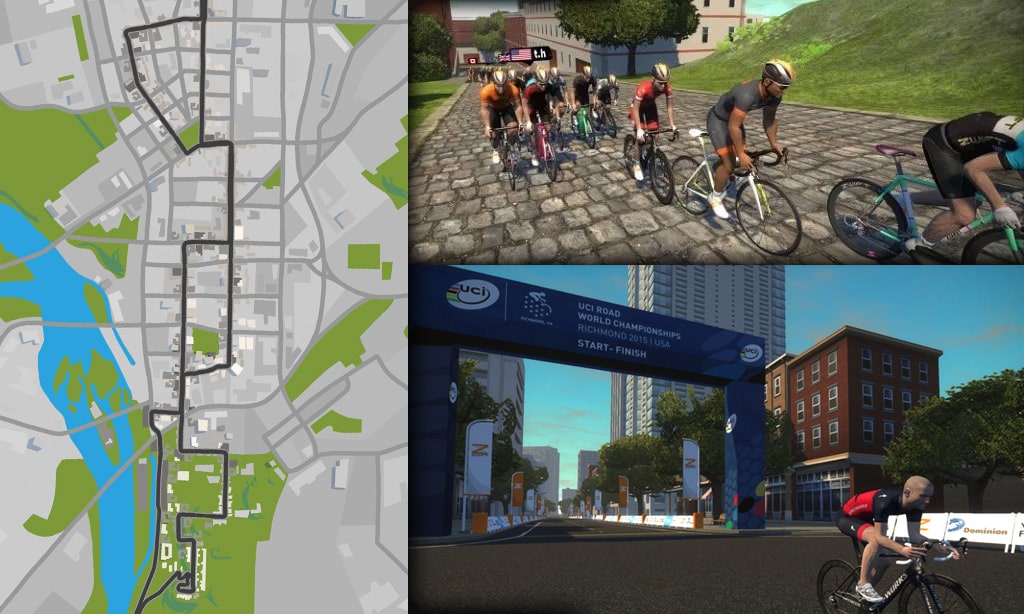 This page includes route maps and basic details for all Zwift routes on the Richmond course.

The Richmond UCI Worlds route is a replica of the 2015 UCI Road World Championships course in Richmond, Virginia, USA. It was at this race where Peter Sagan famously attacked on 23rd Street to eventually win his first World Champs jersey.

It’s a wonderful race course, with the first half very flat, then a nice mix of attackable climbs on the back half.

There is a short lead-in from the start banner to the beginning of your lap, so we’ve created two Strava segments, one covering the lead in plus a lap, and the other covering subsequent laps.

The route also includes timed KOM segments for curvy, cobbled Libby Hill and short, steep, straight 23rd Street. The third climb (Governor Street) isn’t timed, but it’s often the longest and most painful as it leads into the false-flat finish.