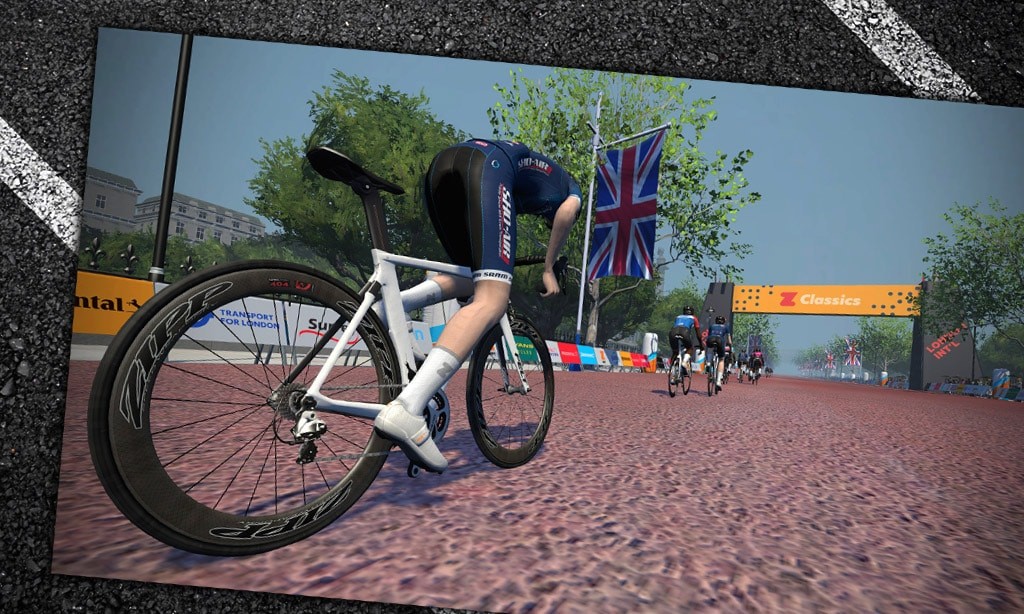 Zwift has announced a new set of one-day races dubbed the “Zwift Classics”. One race held each month women, and one for men, for July, August, and September. The first race is for the ladies and kicks of July 3rd at 7pm BST.

These are simple one-day races, with no series or team points awarded. Whoever crosses the line first wins, and that’s going to make for some full-gas efforts!

Like the KISS Super League, the Zwift Classics races are not open to all Zwifters. Only invited pro and community teams will take part. From the looks of it, most of the teams will be community-based, probably because pro teams are quite busy this time of year with a full outdoor racing schedule.

Teams are limited to five riders, and teams will vary between races (remember, this is not a series).

Six races have been scheduled–three for women, three for men. One each month for July, August, and September. Zwift’s press release says there are “more likely to be announced in the coming months.”

Craig Edmondson, CEO of Zwift Esports, says, “The focus for the Zwift Classics will be on streaming; we want to deliver the best experience for the viewer at home.”

Hopefully, this means we’ll see some big improvements in race streams. As we wrote back in February, there are so many possibilities when it comes to improving the experience of watching Zwift races.

“It’s still early days, but I feel strongly that a robust eRacing program can be pivotal for Women’s cycling, helping attract in new partnerships. The entertainment value is high, the media impressions are tangible, and there is a new fan base to be cultivated.”

All races will be streamed live at www.facebook.com/gozwiftlive and (presumably) Zwift’s YouTube channel.