All the Sights, None of the Hills: Tips for WTRL TTT #72 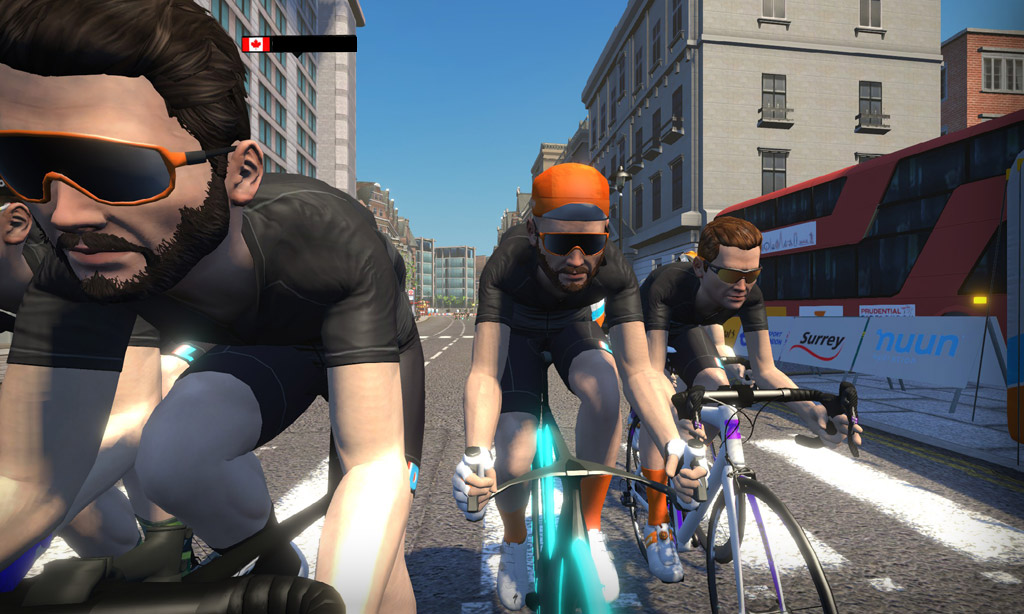 Since March I have become obsessed with the weekly WTRL Team Time Trial… so i asked Eric if i could share my obsession with you all, in weekly doses.

Each week on Friday I will give you a profile of the upcoming route, guidance on bike choice, and maybe even some target times if you want to aim for the Premiere League (top-10 in each coffee class get to be in a special race televised on YouTube).

There’s some big changes coming for the TTT – a new Doppio class filled with A+ riders, and a league system within each Coffee Class. As soon as I get the scoop from my informants at WTRL World HQ I’ll let you all know.

Rumble in the Jungle Recap

My recap of this week’s Rumble In the Jungle starts with a terrible error of judgment… Wednesday I was feeling great and decided to enter a race – and placed Silver (the real Zwiftpower Silver, not the pointless results table from ZwiftHQ). Brilliant! Except, as my legs pointed out on Thursday, going all-out in a race is not the same as a recovery ride. Ah well, you live and learn*.

It’s holiday season in the UK and between that and a few injuries we only started with six, but nevermind, we have heart, and we have fire in our bellies… and a mechanical leaves five! Regardless, we shot out of the pen, on matching Specialized Epic MTBs, and with the aid of double draft made it to the Start/Finish only seconds adrift of our split time and the first lap went perfectly too. But as is the way in TTT, if you go out too hot someone gets dropped. That someone was me. The lads cracked on – and passed two teams (proving I was the anchor I thought I was today) before finishing across the line together. Decent team result given that there were only 5 starters. Cone of shame for Sherpa Dave, who let the side down!

*We all know there is no such thing as a recovery ride on Zwift, and we also know I won’t learn…

All back to normal next week – no powerups, normal draft and back to road bikes. This week the route is the Greatest London Flat – around the City of London itself, then over to Surrey with the flattest of the three paths through. Two little things to remember:

A 7.5km lead in from the Pens, followed by a 23.6km loop through London and Surrey.

This is a flat route so aero rules. If you have it, the Specialized S-Works Venge with Zipp 858/Super 9 wheels is the pick of the bunch (and the only frame/wheel combo to consistently beat Tron on the flat). Tron is almost as good on this course, and if you haven’t done it yet – kick off the Everest Challenge and start the long painful climb to get Tron. If you don’t have either of those, here are some frame/wheel pairings that will work well for you at different levels:

As always, the Zwift Insider reports on frames and wheels are superlative so if you want to find the perfect bike and wheel combo for you, check them out.

This is a single lap race. Starting at the pens and it’s mostly downhill to Northumberland Avenue, where you head up the hill to Trafalgar Square. Sharp left at the top and then a right as you head towards Buckingham Palace and then down the Mall to the reverse sprint.

You are now 7.5km into the ride, and this is where the lap actually starts.

The jaunt around Central London is mostly flat/false-flat, except when you head down Piccadilly through the Hyde Park Corner underpass and up the other side. Soon enough (17.5km) you will head across the river to Surrey – but fear not, you aren’t tackling Box or Leith, you are just heading through the beautiful Surrey parkland. Through the Underground Station and across Tower Bridge (23.5km) and you’re soon on familiar ground – because you’ll pass the Pens and be back on the lead-in with 7.5km to go. Just follow Upper Thames Street, up the Northumberland Avenue hill to Trafalgar, left, right, past Buck House and a quick Reverse Sprint to cross the line.

There are loads of upcoming rides on this route, so if you want a proper recce visit this ZwiftHacks.com link. I struggled to find many times that would suit our American friends, but the Europeans and Antipodeans have quite a few choices.

My pick of the recce rides this weekend comes from Team CLS, who have two rides – one for the European early birds and another for the Americans and European afternooners.

What to Look Out for On the Ride

Unlike last week this is all road surface. No significant hills to split the group, but there are a few areas to watch out for:

New for this week I’m going to give you some predictions and target times to get an invite to Premiere League for each class.

My best times around here:

Did you find this article useful? Will you be riding in this week’s TTT? Share below!

Great post! Fun to read and informative. Keep it up!!

You’re basically a Brit – terminology endears you to us. Enjoy the ride x

Brilliant. Looking forward to these every week.

We love these Dave! 💛

Can’t get a better review than that! Thanks Steve

Brilliant thanks Sherpa Dave you are making your fellow TTT addicts lives a lot easier with your thorough event analysis and suggestions.﻿👍﻿

I wonder what you think about the ramp. In a IRL TTT, it would be a mistake to hammer the ramp, as everyone in the group needs to suffer for the added speed, while on the flats, only the person pulling needs to suffer for speed. Better to throttle it back a bit, lose a few seconds on the ramp, then immediately but smoothly have the best climber (who found the ramp pace painfully easy) pick up the pace after and keep the group moving smoothly. What do you think? The pack dynamics on Zwift are different than IRL, I… Read more »

Dave the addition of the Target Times is awesome! Thanks

Good luck today. I hope you make your splits!