Riding With The Fence On Zwift

A few things are almost certain to happen during any social group ride on Zwift. Someone will mention bacon, cake, or beer. Someone will tell a Dad joke. And someone will ride off the front of the peloton.

Recently unearthed ancient hieroglyphs found on Jarvis Island show that riders breaking away from the peloton – fliers – have been present since prehistoric times on Zwift. Most fliers are easy enough to ignore, only hurting themselves by not taking advantage of the strong draft effect afforded by the peloton. A more insidious flier spends the group ride organizing secondary pace groups that disrupt the integrity of the leader’s peloton and confuse other riders about the main peloton.

Thus, several iterations of the ride leader fence have appeared in the game to discourage fliers. The present fence seems to have resolved the prior fence’s glitches and once again gives ride leaders the option to remove – to kick or zap –  fliers from the ride. Because many riders have no experience with the re-energized fence, let’s discuss some techniques to prevent one’s unintentional removal from events by being zapped.

The fence doesn’t provide a draft benefit and is simply a visual moving indicator that references the relative position of the ride leader. The fence is set by the ride leader at a specific time interval ahead of the yellow chevron. The leader can change this interval and enable/disable the fence via a simple UI on their screen.

The default time intervals are 2, 5, or 10 seconds ahead, but these can be customized prior to the event. It is important to remember that since the fence is not a uniform distance ahead of the leader but a specific time interval, the fence’s position will move back and forth relative to how long it takes the leader to cover the terrain ahead.

Not every fence is activated to zap. Usually, the ride leader will notify everyone that the fence is active and note the time interval ahead of the yellow chevron for a particular event, but checking pre-ride wouldn’t hurt. If you venture beyond an activated fence, a graphic with a striped fence between your bike and the leader’s chevron, the familiar “Return to Group” message, and a 60-second countdown timer will appear directly under the heads-up display:

After returning to the chevron’s side of the fence, the countdown timer, warning message, and graphics disappear. (With a non-energized fence, only the graphics and the annoying “Return to Group” message appear.)

So how do you prevent being kicked from an event? The only foolproof method to avoid unintentional removal from an event with an energized ride leader fence is to ride along with the leader’s yellow chevron during a group ride. I usually ride within a 5-15 meter imaginary bubble around the leader to avoid any chance of being kicked.

During larger group rides, where there is a continuous line of riders extending from the leader to the fence, one needs to pay special attention to their position ahead. As with any group ride, it is very easy to steadily creep ahead with a group of riders and ultimately end up tickling the fence. To ensure I know my position relative to the leader, I frequently switch camera views (angles) using keyboard shortcuts. Switching between the “6” number key (head on to rider view/rear view) and the “1” number key (default 6 o’clock view/forward view) allows me to easily monitor my position ahead of or around the yellow chevron. If you are using the Action Bar, cycle through the views using the eye icon (change camera view).

Don’t worry if you happen to fall off the pace and get dropped, there’s no fear of being kicked as the fence only culls those ahead. If you stay close to the leader’s group and distant from the fence, there is no worry of being zapped.

Of course, we all know that not everyone will stay with the peloton. The fence has an innate power to draw riders close – like a flame attracting lycra-clad moths. Riding at the fence is called “surfing the fence.” Cruising along surfing the fence isn’t too problematic when everyone is traveling steadily, such as when on a flat road section, since the leader and the fence are not moving forward or backward drastically. In contrast, when the terrain is rolling or going uphill, those surfing the fence need to pay attention because the fence will move toward the leader. Hills and inclines are when you may unintentionally approach and overtake the fence.

The real danger presents after you crest the top of the climb while the leader is still climbing. As you move faster and further down the hill, your momentum carries you further away from the leader and their fence. You are now at the mercy of gravity if you pass beyond the fence, triggering the 60-second timer as your avatar speeds down the hill.

Moments like this are where the “A” key keyboard shortcut comes to the rescue. Yes, the same A key that brings up the Device Pairing Screen and, when inadvertently pressed in a race, abruptly halts any chance you had of winning, now just might prevent you from being kicked from the ride!

Since there are no brakes in ZWIFT, opening the Device Pairing Screen by pressing the “A” key acts as a defacto brake since pressing the “A” key stops your avatar, even on a downhill. Of course, you are still at the mercy of the time it takes for the leader to crest the hill and progress downhill, but at least you can now stop your momentum and allow the fence a chance to catch up and pass.

There is one  – albeit transient –  last resort if you inadvertently are kicked from a ride. If the Allow Late Join option is activated, you can rejoin the ride during the first 30 minutes of the event. (Currently, there is a bug that may prevent you from being able to rejoin an event directly. To work around this, just start a free ride and click the option to rejoin your last event.)

Hopefully, this information will allow you to negotiate and enjoy this brave new post-energized fence virtual world. Got questions or comments? Share below.

Have fun and take care, you wonderful Zwifters! 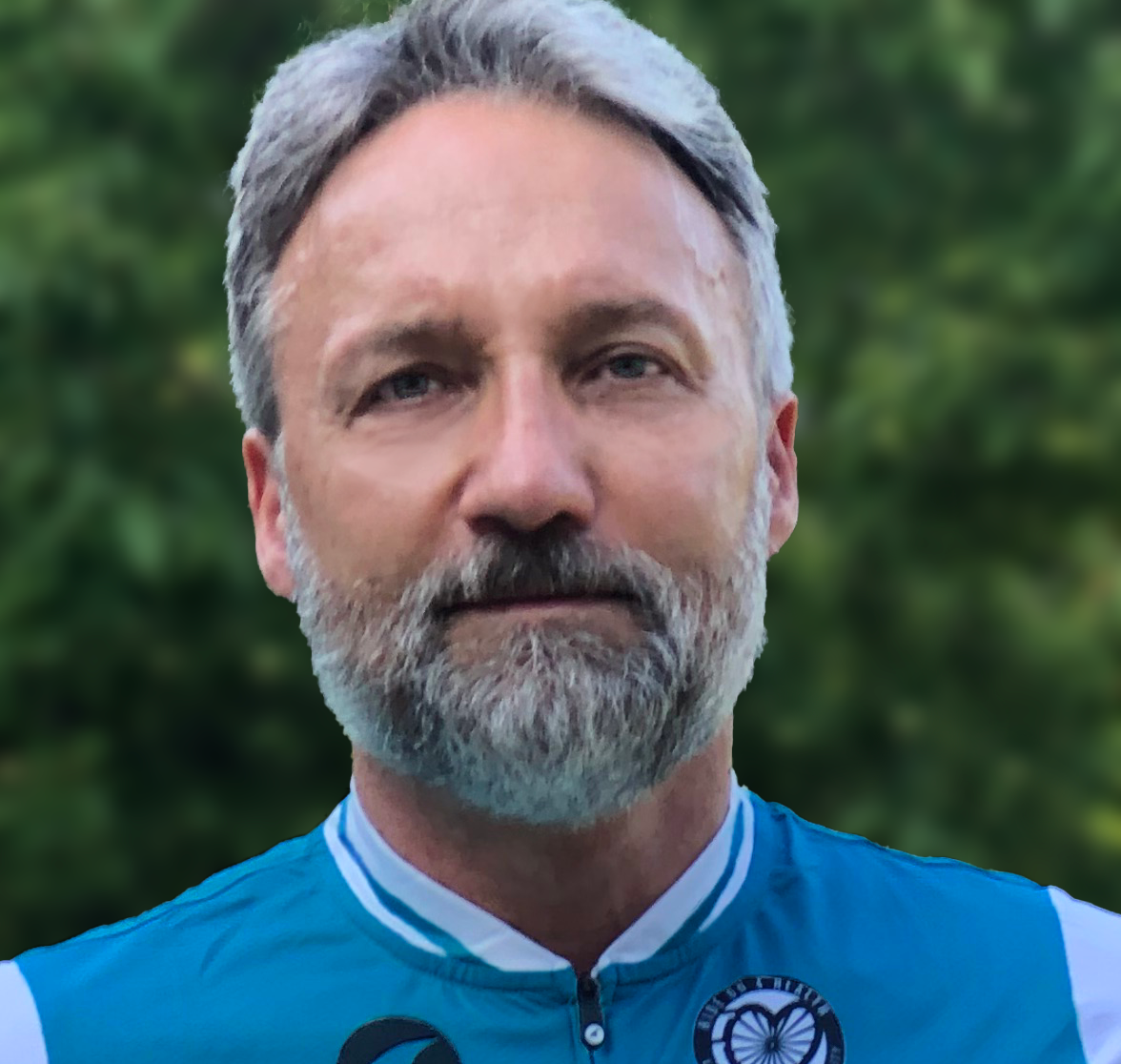 Tim Schneider
Tim is a veterinary surgeon in a small animal specialty practice outside of Richmond, Virginia, USA. The challenge of helping those who can’t help themselves drew him into veterinary medicine, and his commitment to continuous improvement keeps him engaged—plus, as a surgeon, he gets to use all kinds of cool tools! His affinity for gadgets is nurtured by cycling on a smart trainer. Add this to a lifetime love of fitness, combine these with the supportive Zwift community, and an avid Zwifter is created.

Good news…and way to long overdue… It will allow us to schedule crit courses without the flyers trying to Lap the group.

Honestly, if the participant joined a group event and does not want to ride with the group and gotten himself zapped is no loss to the group.

The last thing we ride leaders want is to appear as begging/persuading riders to rejoin the group until Kingdom cometh and get laugh off as futile. Will just let the fence deal with the deviant ones straightforwardly.

Of course, the fence will still be as a last resort when polite persuasion fails first.

What happens when you’re zapped. Is the ride automatically closed? Or do you find yourself lonely in the same world? Like in a 2nd dimension? Or?

You just end up on the course, by yourself or with whoever happens to be on that route free riding. You can still do the ride, just not as part of the group. For someone intentionally riding away from the group, it’s not really a penalty since you’d be riding alone anyway.

i don’t mind the zapping fence at all – and like said before.. we’ve probably all tried to get zapped and removed from a ride – hence why we are more focused to stay behind and keep cruising.. but have a question- since I atm leading a ride which is a kinda chase-ride.. our main group starts 10 min before second group- at C pace : 2,5w/kg, second group is B pace this self-regulating, pace around 3-3.2w/kg which ain’t that big of a deal whilst a second group hasn’t caught us yet- but .. what will happen when they do-?… Read more »

I believe it is this: “…all listed riders that have proceeded passed the fence – will be removed from ride .” You could also not have HQ activate the fence and keep the old-style annoying fence as a visual barrier without the zapping deterrent or set the active fence at different time intervals up to 300 seconds that you could switch through during the ride.

Fliers only matter if you are having a group ride with some kind of race at the end, I feel. If they join and don’t want to be part of the group, that’s fine, let them ride away. If you want to be part of the group, then ride with the yellow. If you want to have a ride with some kind of sprint at the end, Zwift will need to set up private racing. My worst experience on Zwift was a big group ride where I couldn’t see anything except warnings from the ride leader for the front to… Read more »

I too find few things more annoying during a group ride than either the leader or fellow riders constantly haranguing the fliers. Hopefully the active fence will resolve, or at least minimize, this cacophony of demands. The only time I use the active fence is during the Rookie Ride so we can teach those unfamiliar about the dynamics of the fence. Otherwise I adopt a “fliers are free to fly” approach and realize that not everyone joins a group ride to be part of the leader’s peloton.

Instead of being totally zapped from the ride, why not just re-emerge 10 seconds behind the leader?

probably because some people would treat that as a great game – repeated intervals from the back of the group, through the middle of the pack and then trigger the zapping fence, rinse and repeat. Would really mess up the group pacing!

The bug regarding late joining noted at the time of writing this article has been fixed. At present, rejoining does not require you to start a free ride first and click the option to rejoin your last event through this ride. You can rejoin your event directly.