Between October 2014 and March 2015 there was no Watopia, and certainly no Richmond or London. There was only Jarvis, aka “Zwift Island.” And only a handful of Zwift beta testers could be found riding it at any given time.

Here’s a video of a full lap of the ~3 mile Jarvis course. You’ll see some things which made their way to Watopia, including:

What happened to Jarvis?

There has been a lot of speculation about what happened to the island so beloved by initial Zwift beta testers. I had actually heard that Zwift lost the files for the the island, which seemed ludicrous… so I chatted with Zwift’s original creator Jon Mayfield to learn the real story. Here’s what he told me:

…we’ve never lost any data at Zwift. I have backups, and backups of backups.

The reason Jarvis is not trivial to bring back is because it was created almost entirely by math equations – the terrain, the plant placement, and the road are all generated by algorithms. Only the buildings and arches were placed by hand.

With the shift to Watopia, we went with editable roads. Now we can have roads that do anything. Intersections, right turns, s-curves, flats. It’s not just sine and cosine waves added together anymore.

Additionally we developed better tools to place plants and zone types. ie, tropical zone, snow zone, forest, etc. Within a zone it still uses algorithms to place plants but the zones are hand-placed and tweaked by artists.

… Jarvis was nearly pure code (because I’m a programmer, and didnt have any tools aside from my code and we couldn’t hire bunches of artists at the time). Today we have a nice suite of tools.

Why was it called Jarvis?

Because Zwift used the GPS coordinates of Jarvis Island National Wildlife Refuge for Strava uploads. The real-life island is generally uninhabited and located in the middle of nowhere, midway between Hawaii and Samoa. Learn more about the real Jarvis here >

Even in these early stages Zwift was growing in popularity. In the short time that Jarvis was in use, 4,665 people rode the “Full Lap Counter Clockwise” segment for a total of 131,329 attempts!

You can see from the profile below that Jarvis Island was a very simple, symmetrical course. Of course, today’s Zwift courses are much more complex and developed… but those who were around in the early days will always remember Jarvis as the course that started it all. 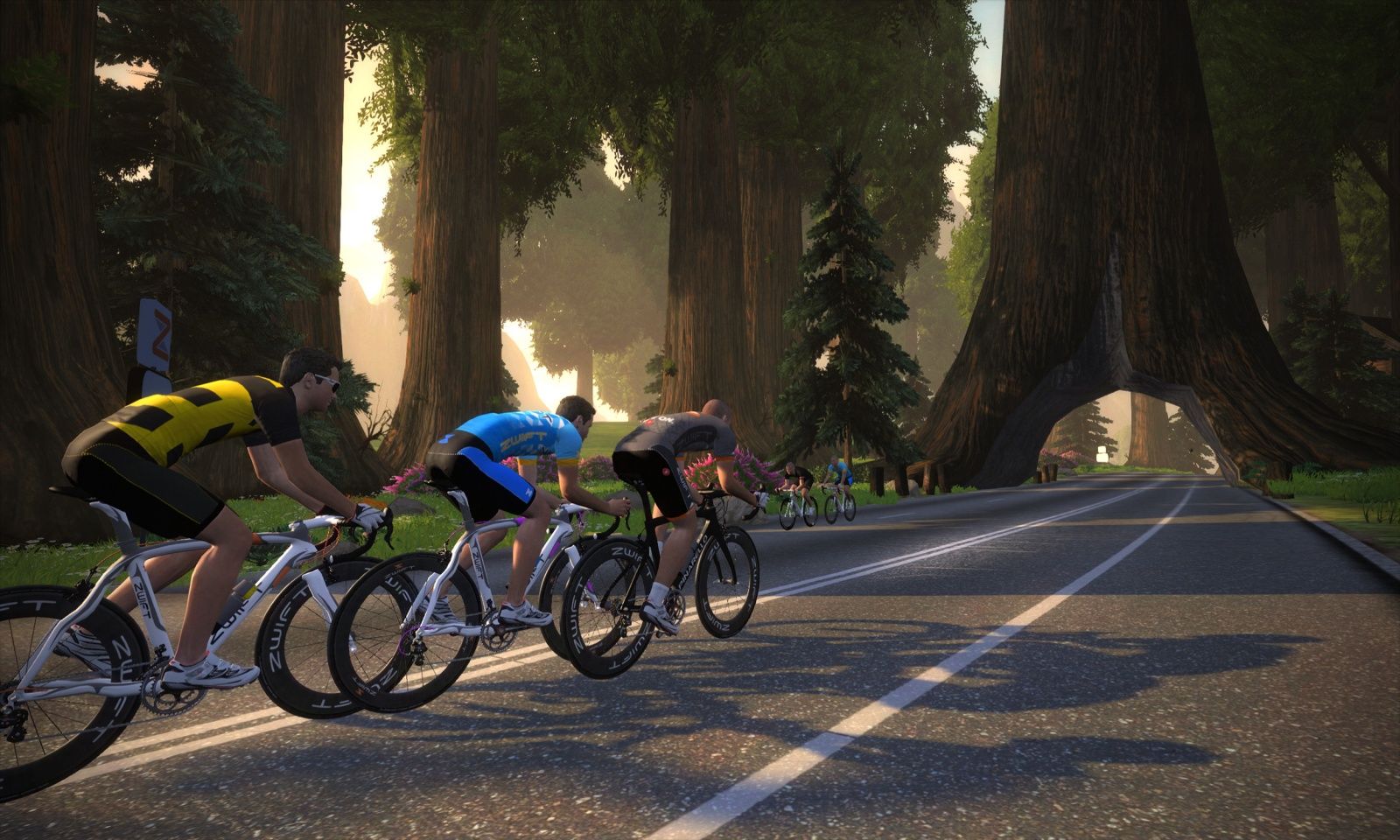 I would love to ride it. Shame they can’t bring it back to life.

It’s absolutely amazing to me how much Zwift looks exactly like it did back in 2016. The graphics, the screen layout, the dialogs. I can see how people were super-excited to ride it and invest in it back then.