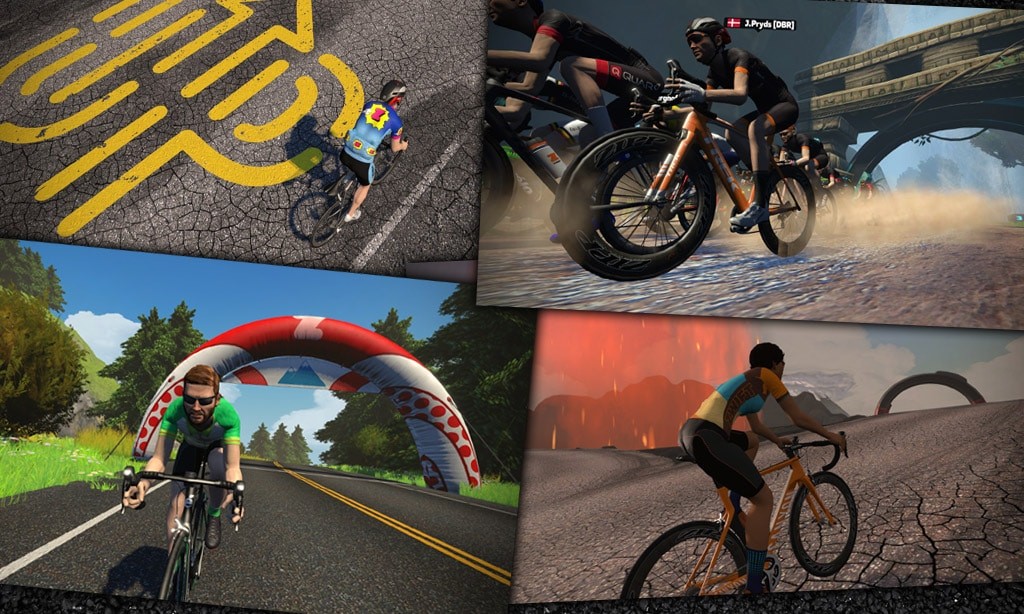 The Gran Fondo is one of three fondo routes Zwift unveiled in January 2019 for its Zwift fondo series. Currently these are event-only routes, meaning they are only available for use in events and cannot be ridden on a freeride or individual workout.

The Gran Fondo is very similar to the Medio Fondo in terms of key climbs and overall elevation, but ~25km (15.5 miles) longer due to some meandering around Watopia proper between the “Road to Ruins” section and the “Mountain Route” ending.

This route is essentially these routes strung together:

We begin by taking Ocean Boulevard around to the reverse Hilly KOM, which is the first half of the Figure 8 route. Then it’s over to the Volcano and up to the top before descending down and heading to the Italian Villas then the Mayan Jungle for a reverse loop of the circuit.

After climbing out of the jungle, we descend back to sea level, hit The Esses and spin a quick lap around the Volcano Circuit. Until this point, the route has been identical to the Medio Fondo. Here’s where things change.

The rest of the route matches the end of the Medio Fondo, as we head out Ocean Boulevard once more to the forward Epic KOM. Our route finishes at the KOM banner, where the ibex cheers you on as you finish!

Hi Eric! Something wrong with “Gran Fondo (Zwift Insider verified)” Strava segment. Only three hundred riders completed it. I rode Gran Fondo several times and can’t see my result on this segment. It’s seems to me the problem at 78.6 km. Is there route cut?

As far as I know it’s accurate, BUT it was created after Zwift did all their gran fondo rides, so all those won’t be included.

If you rode the route after May 21, 2019 and it isn’t showing up–please share your Strava activity link here and I’ll check it out.

One ride was 10:00 AM on Sunday, April 7, 2019.
https://www.strava.com/activities/2271398214
When I use “Potential Segment Matches” in Strava it says “Partial Match Segment”. I see only one different between segment and my route. I mentioned it above.

The actual segments seem to match just fine. I’m wondering if Strava is pooping itself because the roads are so close together at that 78.6 mark. I’ve seen segments get messed up before for this reason.

We’ll find out after this weekend if the segment is matching up, I guess, since we’ve got the zFondo coming!