How to Ride Zwift’s New France and Paris Routes 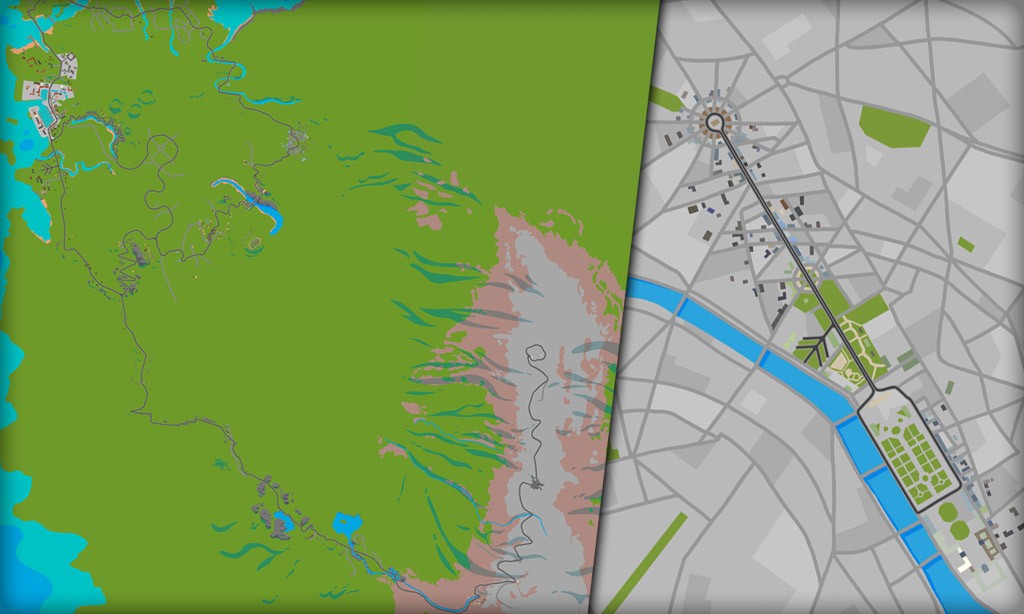 Zwifters have been asking one question repeatedly since last Friday’s game update. And that question is simply, “When can we ride the new France and Paris maps?”

There are actually four different approaches you can take to accessing these new routes – each comes with its own dates and other details.

The second stage of l’Etape du Tour will be held on France’s Casse-Pattes route – a large loop covering most of the new France map’s roads. (It only leaves out the road up Mont Ventoux, and a windy middle section of roads which I’ve been calling the “Balloon Fields” since it features hot air balloons and a “Ballon Sprint” section.)

This second stage has 16 time slots over the weekend, beginning at 10pm PDT July 10th (that’s 1am July 11 EDT, or 6am July 11 BST). To take part, just sign up for a l’Etape du Tour stage 2 event that fits your schedule!

Zwift has set up a series of “Virtual Tour de France Discovery Rides” which run throughout the week replicating each of the two stages the pros raced the prior weekend.

#3: Free Riding as a Guest Map

Sources inside Zwift tell us the plan is for the new France and Paris maps to be worked into the guest world calendar. But they’re not saying precisely when that will happen. Will we see France and Paris available as a guest map as soon as the Virtual TdF ends? Or will it be a bit later?

Our guess is we’ll see France and Paris begin rotating in on August’s schedule. But we’ll just have to wait and see.

UPDATE: our sources inside Zwift are saying France and Paris should be in the guest world rotation on or around August 10th.

There are various hacks Zwifters can use to access off-schedule maps or event-only routes. The simple world tag hack has been known for years, used by thousands, and seems to be considered acceptable by Zwift HQ. Other hacks require a bit more skill and may be frowned upon by Zwift (although I’ve never heard of anyone actually getting in trouble for world or route hacking of any sort).

The world tag hack does not currently work for France or Paris. But there is a way to “schedule hack” and access France and Paris today if you’re on a Mac or PC. This explains how 83 people have already completed the grueling Mont Ventoux climb Strava segment!

I’m not going to spell this hack out for you, though – Google is your friend if you want to attempt it. Zwift HQ really wants people to first experience these new routes via official vTdF events – and rightly so. I won’t be the guy who spoils that!

Are any of the World hacks available when running Zwift through Apple TV? Thanks in advance!

While not a world hack, you can join one of the TdF rides and then exit the event after the start. That’s the only way I know of with AppleTV to get freeride the France course now. I did Ventoux today this way.

Will the “meetup” hack work for these? In other words, can I schedule a meetup on any of them at this time?

They’re not available for Meetups yet.

They are pretty nice courses. I feel special with my KOM jerseys even though I was the only one there.

Lol, I can relate. Use to be that you could ride Watopia hilly in reverse to get the sprint jersey when there were only a dozen or so folks riding reverse. Still, I would take a picture every time. Nowadays, this isn’t an option.

Always does, needs to get a real job.

Poor guy needs to have something to do; you are too nasty.

He has a proper job, and it is very helpful.

I’ve got literally hundreds of ideas for posts that have never seen the light of day… the ones that actually go live are the ones I think people will find most useful/interesting.

Judging by traffic levels, I’m on the right track.

What does it say about you, that you are reading it?

In fairness to the original poster, I imagine when he saw the article he thought that it would discuss how to world hack as the normal method does not work. After reading the article it became clear that it was possible implement an alternative world hack method but no details on how to do it was given. Objectively, this article doesn’t therefore offer any useful information as the first three points have been largely reported in the press and forth point tells you to use Google, which also holds true for the first three points.

You’re trying too hard to be a knob.

Is this tour going to be the same as haute route ,so many people just at weekends zwift cannot handle the amount of traffic,same as updates i guess !!!!!

Doubt it. More people can ride in real life than back then, so Zwift is much quieter than 3 months ago.

And when come the check-list with bideon’s?

Can these be used for running at all?

Why the hell would this question be down voted!?

They’ll be available to run, just like any other route!

Great post! If Zwift had posted this info when they dropped the new update, they could have avoided lots of angst for all!!

I’m pretty sure the folks that were feeling “angst” after the update, feel the same way every day, about something trivial.

Will the France and Paris maps be used in community organized races before the routes are available for free rides?

I don’t know about community organized races but on the weekends there are L’Etape du Tour stages and then it looks like during the week after there are Virtual Tour de France discovery rides scheduled every 2 hours.

L’Etape du Tour and the discovery rides are not races. I was wondering if there are going to be races on the new routes before the end of July.

L’Etape events are races. Their is a GC on ZwiftPower for the series.

Very cool, I did not know that. Thanks!

christ Zwift…at this point I have been paying you the 15 bucks a month for two and half years…you got the new routes ready? just let us ride them for f’s sake…do your tour de france promo stuff…but let folks ride already…this is getting so tiring…it is time to also deal with your paying customers rather than constantly looking for more and more…do both or whatever…rouvy is looking pretty interesting actually rather than this constant stuff…

I am a little impatient at having to wait for this “promo” to ride, but in my opinion, none of the AR type of competitors are anywhere near as nice as Zwift. Too jerky to stream, even worse interfaces, having to deal with artifacts like traffic and all that. I’ll take the video game like Zwift anyday.

As of Tuesday, July 7th I still can’t get the update. I am using an iPad.

According to https://forums.zwift.com/t/game-update-june-26th-2020/486770/327 the new maps will enter the regular guest world rotation in August. Presumably the normal world hack will start working from the next update (late July or so) as well.

Schedule hack works great on Windows, I couldn’t get it to work on my Mac. Ventoux is definitely a level up from ADZ.

Can anybody help with a turn guide to get to Ventoux when exiting a discovery ride please?

Turn right out of the pens. Up the Petit KOM in reverse and then turn right at the top.

Will the routes be added to veloviewer?

They’re already on Veloviewer. You mean to the route hunter leaderboards? If so, yes, they will, once they’re able to be free-ridden.

I’m having problems with the Discovery rides. I register either in app or on companion, then when asked to go to the event i select yes, before the schedule start time, then I’m not taken to the ride, I’m left in one of the other worlds, no one else around me, what am I doing wrong?

For me (Apple TV) the discovery rides have exactly the same interface like other events. For other events you succeed? Which platformare you using?

Now that the France/Paris Route Maps are available, Can you please explain the easiest way to access those maps for free rides?