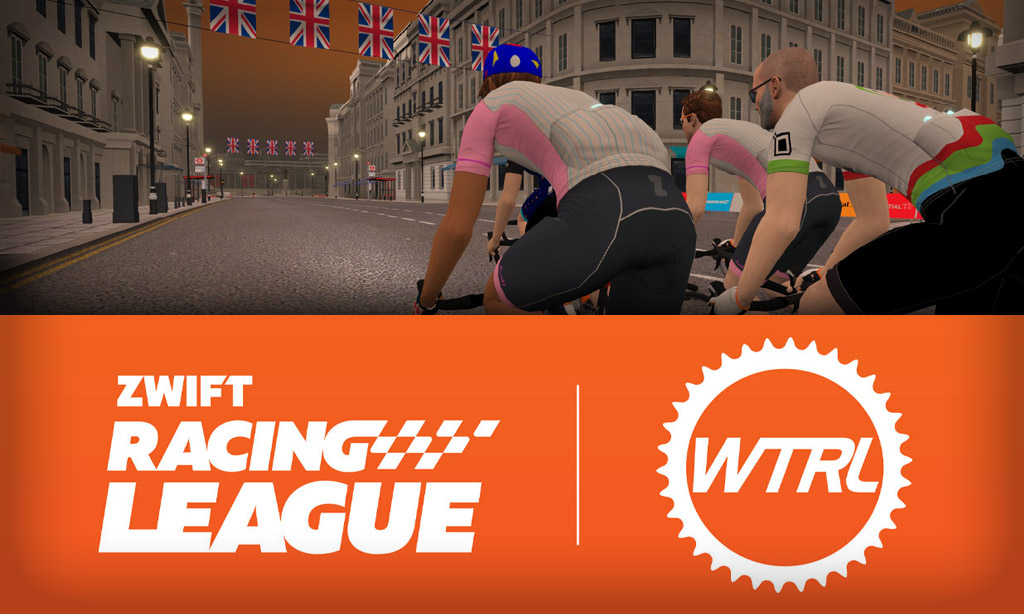 This week for the final regular-season race of Zwift Racing League Season 2 we have another TTT, and the route is the Greatest London Flat – around the City of London itself, then over to Surrey with the flattest of the three paths through. Two little things to remember:

This is almost as flat as the route name implies, so aero rules. If you have it, the Specialized S-Works Venge with Zipp 858/Super 9 wheels is the pick of the bunch (and the only frame/wheel combo to beat Tron on the flat). Tron is almost as good on this course, and if you haven’t done it yet – kick off the Everest Challenge and start the long painful climb to get Tron.

Once you kick that off – look out for the upcoming Tron Hunter series from Team Giant Camden. Team Giant Camden are putting on a series of 4 (to start with) Tron Hunter events – the first is March 7th and they will be weekly from there. The routes are hand-picked to have enough ascent to be useful, but not to be just another grind. London Surrey Hills on March 7th, New York Rising Empires on the 14th, Ven-Top on the 21st, and finishing with Royal Pump Room 8 in Yorkshire.

I don’t have links to the events yet but as soon as I do I will post them in the recce. Team Giant Camden are well-known for being a friendly lot and while they are based out of a bike shop in London, they have 200+ racers from all over the world with a very strong female contingent. The Tron Hunter rides are open to all… see you there!

If you don’t have either of those two setups, read Fastest Bikes at Each Level for guidance on picking your TTT rig.

Course Preview from Rick at No Breakaways:

This is a single lap race. Starting at the pens it’s mostly slight rollers to Northumberland Avenue, where you head up the hill to Trafalgar Square. Sharp left at the top and then a right as you head towards Buckingham Palace and then down the Mall to the reverse sprint.

You are now 7.5km into the ride, and this is where the lap actually starts. The jaunt around Central London is mostly flat/false-flat, except when you head down Piccadilly through the Hyde Park Corner underpass and up the other side. Soon enough (17.5km) you will head across the river to Surrey – but fear not, you aren’t tacking Box or Leith, you are just heading through the beautiful Surrey parkland.

Through the Underground Station and across Tower Bridge (23.5km) and you’re soon on familiar ground – because you’ll pass the Pens and be back on the lead-in with 7.5km to go. Just follow Upper Thames Street, up the Northumberland Avenue hill to Trafalgar, left, right, past Buck House and a quick Reverse Sprint to cross the line.

There are loads of rides on this route if you want a proper recce. Check out zwifthacks.com. I struggled to find many times that would suit our American friends, but the Europeans and Antipodeans have quite a few choices.

My picks for recce rides this weekend come from Team CLS, who have two rides on Saturday – one for the European early birds and another for the Americans and European afternooners.

Unlike last week, this is all paved road surface. No significant hills to split the group, but there are a few areas to watch out for:

This is the last ride for season 2 outside playoffs, and a great route to showcase your TTT skills. Have fun out there!

I also don’t like those bits you highlighted and happy birthday!

Thanks for all the course recons this season.