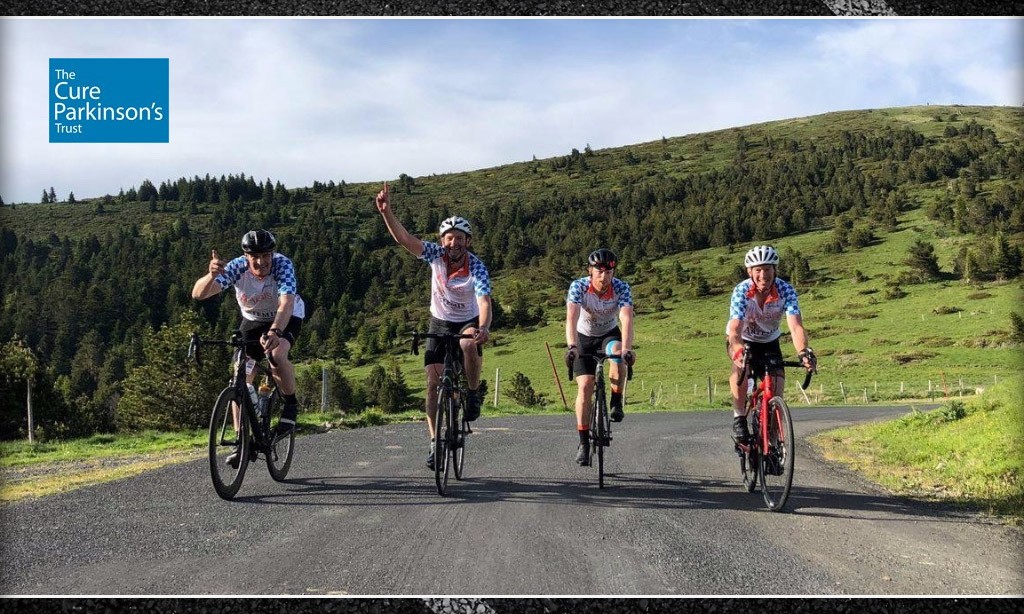 A unique 3-stage charity event has been announced for this Sunday, June 28th. The “Raid Local” rides will be hosted by sporting legends in support of The Cure Parkinson’s Trust (CPT). Here are the details…

The Raid Local event was born as a result of CPT’s scheduled ‘Raid Alpine’ cycle challenge – its biggest ever – being postponed due to COVID-19 restrictions. With significant loss of income due to this postponement, CPT needs our support more than ever to continue its vital work of supporting those who are working to find a cure for Parkinson’s.

Raid Local includes two cycling challenges – you choose what works best for you. Ride local roads covering 137km distance and 3700m of vertical ascent, or do it on Zwift! Read more about Raid Local on CPT’s site >

Rugby World Cup winner and CPT Patron Mike Tindall MBE is leading the IRL event, taking on the grueling hills of Gloucestershire. His team of sporting legends will be leading the virtual Raid, and Zwift riders are invited to join them in support of CPT. Mike’s team includes:

Is This a Race?

It’s not a race… until it is! These events aren’t formatted like your typical Zwift group ride or race.

Celebrity lead riders will target a 2-2.5 w/kg pace for the first hour of each stage. Riders are encouraged to ride as a group during that time, and at their own pace for the remainder of the stage. Challenge Chris Hoy, Amy Williams, or Lee Westwood to a sprint or climb and see how you do!

Zwifters are welcome to ride one, two, or all three stages.

Complete any of the three stages of the Raid to unlock the Rapha Classic Flyweight 2019 jersey.

CPT is asking all who join to make a donation of £20, or more if you are able, to The Cure Parkinson’s Trust on JustGiving.

You may also take your support to the next level by setting up your fundraising page through CPT’s team JustGiving campaign, then asking friends and family to help spread news of your challenge and sponsor you!