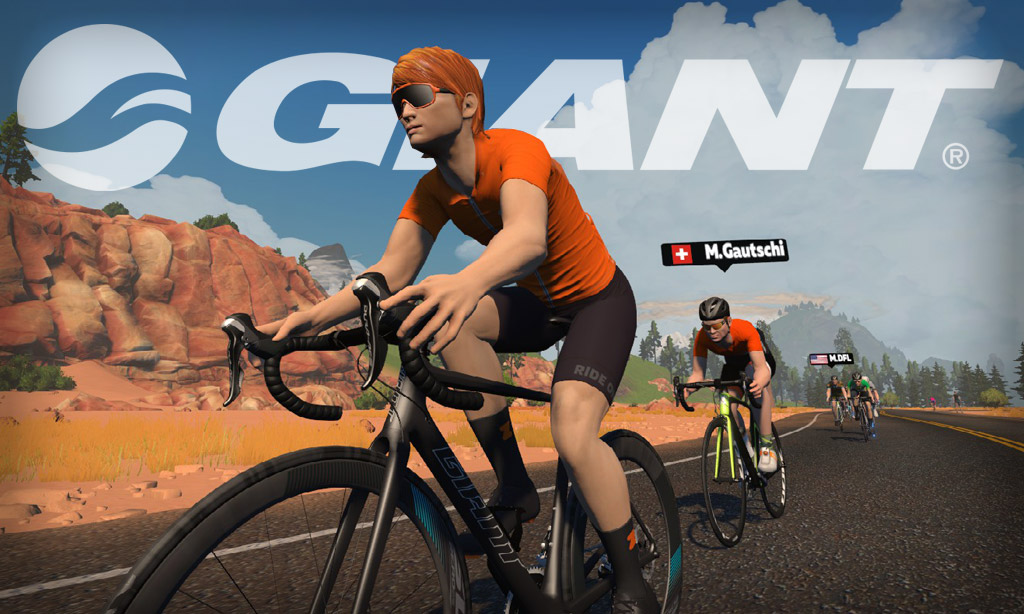 Of course, experienced Zwifters know that real-world performance doesn’t necessarily translate to Zwift performance. So at Zwift Insider we run frames and wheelsets through a battery of tests to figure out just how well they perform in Zwift’s virtual world.

The Giant TCR Advanced SL Disc is rated 3 aero stars, which is the highest any standard road frame is rated in Zwift. Not that this makes it special – approximately half of the current frames have a 3-star aero rating.

This means the TCR Advanced SL Disc is better than approximately 1/2 of the road frames in game, in terms of aero performance.

The TCR Advanced SL Disc is rated at 3 stars for weight, so we know it won’t be as fast as the very best climbing frames. But precisely how well does it perform?

The TCR Advanced SL Disc turned in an Alpe du Zwift time of 49:19. By comparison, the fastest frame in game (Specialized Tarmac Pro) turned in a time of 48:57. (Both of these test times were done with Zwift’s stock wheelset, the 32mm carbon).

This means the TCR Advanced SL Disc is only better than approximately 1/3 of the road frames in game, in terms of climb performance.

One oddity we noticed: this frame includes a color slider to customize the look – but it doesn’t actually do anything! Regardless of where you slide it, the frame remains black with white accents.

There are no frames in game which turn in the same performance as the Giant TCR Advanced SL Disc, so we have no direct comparisons. However, we can say that, at the price point of 745,500 Drops and a level lock of 14, there are certainly better performers available.

Based on this frame’s lackluster performance, we don’t anticipate many Zwifters using it for racing purposes. If you’re a Giant fan, though, you might want to pick it up for those less competitive rides – especially if you ride this bike IRL!

Maybe, maybe not. I know from Zwift’s perspective, they want to keep things simple. I get that. Then there are the racers/nerds like you and I who want more granular data.

The truth is, even though this frame is “mediocre” in terms of percentile, the difference in overall times is pretty small.

I get the simplicity, and i guess the rating even make sense but i would assume that this is only the case because of outliers such as the Mountain bikes, or the Buffallo bike.
In the end it will not make the game meaningfully more complicated introducing a 10-star rating to give more accuracy. But i also get that this is, if at all, at the very bottom of their priority list.

A Giant waste of Drops, if you ask me.

So 2 seconds faster on flat and 14 seconds slower on Alpe than the old frame? Pretty bad. You sure this isn’t another frame with broken settings from the beginning? The color slider and climbing performance would indicate that.

The star rating, especially for weight, is worthless. It’s basically that the lightest bikes get 4 stars, other road bikes get 3 stars, and TT bikes and MTBs get 1 star.
It’s funny that this bike gets -14 seconds on Alpe compared to the old model when Giant themselves boasted how light the new frame is (it really is pretty light in reality). Perhaps 14 second penalty on Alpe for weight penalty from disc brakes? ﻿😀﻿

i think the rating is what ever party pays the most. sworks i think

What’s the point of putting new frames in the game if they’re average. And won’t get used.. why not unlock the concept bike for a week for everyone to try .then another month make the best TT frame available for a week ..etc..

But that will ruin the fun!!!

I find once you’ve got a decent all rounder and climber (manageable quite early on) the drop shop becomes pointless. I hoped they’d start putting things in that actually improve stuff, like aero helmets that do in fact reduce drag, or maybe the ability to buy boosts that you can bank and use in game. Either way, these new middling bikes are a bit pointless unless you simply want to collect them for the sake of it.

I wonder if they have any long term direction on frames and wheels? Continuation of the current approach makes the bike shop chaotic and somewhat superfluous long-term. If they would like to promote more variety in bike frames that are actually being used, it would be better to have these frames perform almost equal (as the star rating suggests). An example could be to classify road bike frames as Aero (fast at high speeds but heavier thus slower on climbs), Sprint/Punch/All-round (still reasonably aero but lighter for fast acceleration) or Climb (lightest but slower on flats). Frames within a class… Read more »

Not arsed about the stats as only do workout mode. Would like a GT Grade too.

I’d like a system where you have base stats for a bike but should you want to you can spend drops to improve stats up to a point. That allows those that don’t care to ignore and those that do to tweak.

Btw when will we get the nice Cadex wheels?