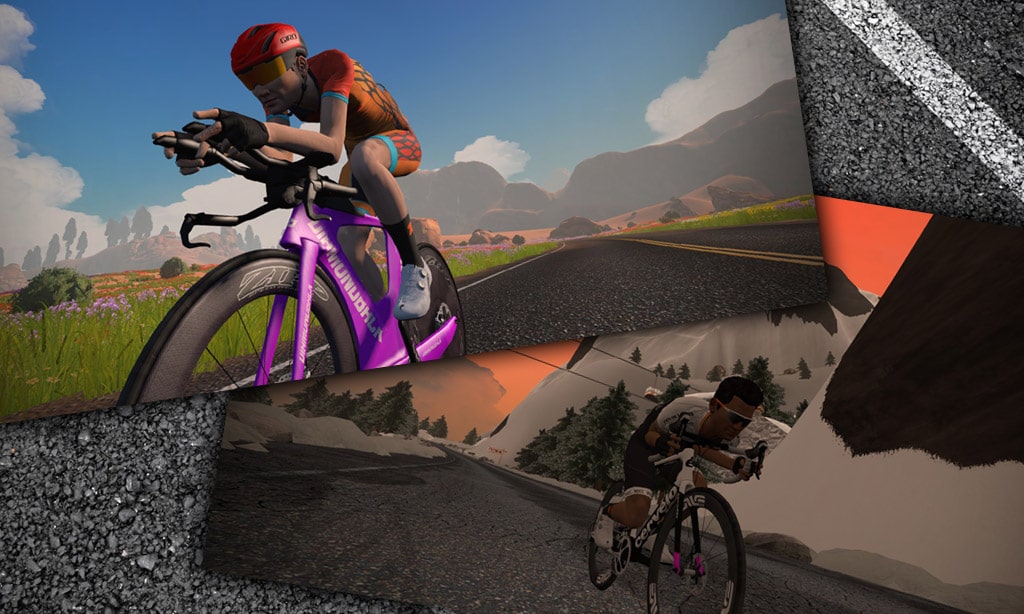 “Bigger Loop” is a modified version of Zwift’s “Big Loop” which basically adds ~11km of flat road to the start of the route. Released as part of Zwift’s Fuego Flats desert expansion, this route features the new desert roads as well as the Epic KOM, Jungle Circuit, and portions of Volcano flat.

Descending the KOM then turning left to the jungle, you will hit the circuit and climb back out before descending down to sea level. Your climbing is finished: now it’s time for the flat run-in to the finish, by way of the Volcano flat route.

In summary: 15km of flat followed by 30km of climbing or ascending, ending with 10km of flat. That’s “Bigger Loop”.

The course profile makes this an appealing route for a longer race. Climbers will be able to get away on the Epic KOM, but heavier riders with higher watts may be able to chase them back over the jungle roads and final flat kilometers.

You must be level 10 or above to access Bigger Loop in a free ride. Alternatively, you can join a group ride held on this route–but Big Loop group rides are rare.