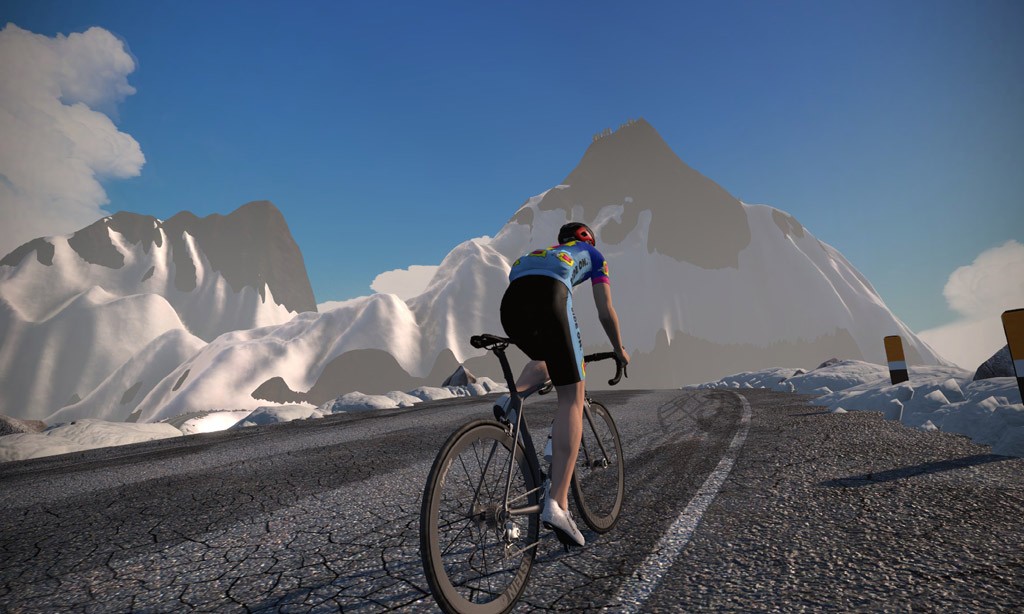 Ross Duncan is a Scotland-based Zwifter who just last month completed a triple vEveresting of Box Hill on Zwift.

You read that right. A triple Everest. That’s riding 8,848 meters (the height of Mt. Everest) three times, while following the Hells 500 vEveresting rules.

But that wasn’t enough. Now Ross has something even more audacious planned: a ride to set three world records at once.

Beginning today at 9:30am GMT, Ross will be attempting to climb 50,000 meters (the elevation required to unlock the Tron bike) in one session!

You read that right. While most Zwifters spend a season or two working to unlock the Tron bike, Ross will be doing it all in one session.

If he is able to complete the ride Ross will have achieved three things no one else has (as far as we know): gaining 50,000 meters of elevation in one ride, unlocking the Tron bike in one ride, and completing five vEverests in one ride.

Ross will be using Watopia’s Epic KOM climb for this attempt, and he has calculated that 107.5 repeats will be required to reach 50,000 meters.

Ross will be using the Hells 500 eVeresting rules for this ride, so max sleep allowed is 10 hours and his trainer (a first-generation Tacx Neo) will be set to 100% Trainer Difficulty.

Ross will be using the Specialized Tarmac with Zipp 202’s for the climbing portion of his ride.

If all goes according to plan and Ross feels he can continue, his plan is to swing off to the Tempus Fugit route after finishing his 50,000 meters of climbing.

Why? Because, as Ross explains, “The average grand tour in the last 5 years is 3,425.4km. It seems silly given doing more height than a grand tour that I don’t match the average distance – as this could be the only time I may get close. To do extra distance will be about 30 hours. So a grand tour in what, 5 or 6 days?”

Ross will change his bike to the Specialized Venge with Zipp 808 wheels for the final flat portion of his ride. Solid choice, Ross.

Ross will be raising funds for World Bicycle Relief through this ride. (The big WBR day on Zwift is this Saturday, so his timing is perfect!)

Some of Ross’s attempt will be live-streamed on YouTube and Facebook by Damon Bates over at Zwift Multi Streamers, so check that out to see how he’s doing.

You can also follow Ross on Zwift and join him during his ride at any point.

This is a huge challenge that not many people will undertake. Good luck Ross. I just wish the broadcast was a bit better. There must be someone in the community that would be willing to design something awesome.

Go Ross go…that will be amazing

Ride on… Ross…and on and on. Well I think my point is made.

Best wishes Ross, i had the pleasure to join YOU a few km a couple of minutes ago…