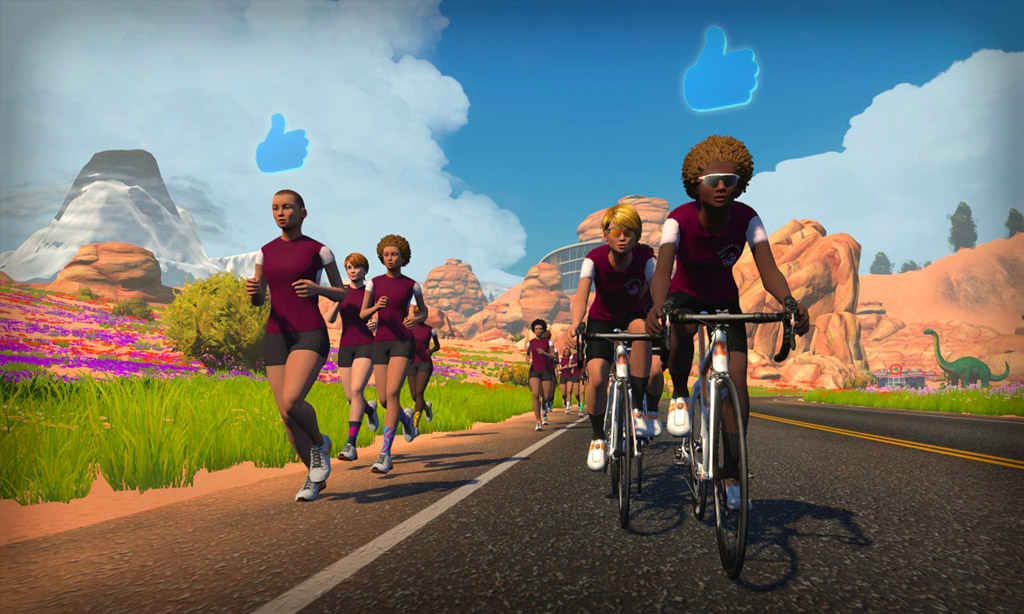 During the month of March (Women’s History Month), Zwift is dedicating itself to celebrating the power and strength of women everywhere through the “Women’s Ride and Run Series” (WRRS).

Women everywhere are invited to join the celebration with fun social events and energetic podcast episodes featuring our community of athletes. As Zwift states themselves: “Zwift is celebrating the strides taken for women’s sport equality while recognizing and promoting further gains to be had. Throughout March, Zwift is calling on the community to celebrate, connect and engage in an effort to raise awareness for gender equality in sport.”

WRRS group rides and runs are scheduled throughout the month and feature multiple routes, with a dedicated route assigned to specific days of the week. All events are for women only.

These group events culminate in one big event on March 28th!

WRRS culminates on March 28th with a major event at 8am PST and 8am GMT.  Join the mass participation ride and tackle Ven-Top—Zwift’s toughest in-game ascent!

Participants in Women’s History Month events will have the opportunity to wear and unlock the official kit in game.  Earn the in-game WRRS Ride Kit and Run Top when you complete one group event.

No Gods No Masters (NGNM) is the official apparel partner of WRRS 2021, and they are selling a limited edition NGNM x Zwift Women’s Ride + Run Series Cycling Kit and Run Tank Top.

Zwift has scheduled a series of podcasts which will explore equality in sports, training tips for women, Sika Henry’s story of being the first African American triathlete to go pro, and Malindi Elmore’s infamous run story.

Zwift is donating $25,000 to the Women’s Sports Foundation (WSF) to support its mission of unlocking the possibilities for every girl and woman through the power of sport.  The WSF was founded by American tennis player Billie Jean King in 1974, and is committed to building a future where every girl and woman can unlock the lifelong benefits of sport participation.

Has Zwift announced the remainder of the 2021 PanderFest Schedule?

Comments like this about celebrating historically underrepresented communities in cycling are reason these events are so important.

Wallow in your guilt sweetheart.

Those of us who are secure and adult do not need to feel guilt in order to encourage or celebrate others.

Does Zwift allocate XP solely on miles ridden, or are you given more for engaging in more elevation and climbing? Obviously it takes much greater effort to climb Alpe du Zwift in 10 miles than it does to ride 30-50 miles on the flats.

XP are awarded for distance ridden, and also if you get achievement bonuses. When climbing you get fewer XP for the time/effort spent but you get more drops. If you want to level up, ride long and flat. If you want more drops, climb (or ride with a Pace Partner).