Zwift released a major game update late last week, and we’ve been busy ever since, checking out the new tarmac and learning what else was updated.

Jon Mayfield has yet to post his usual release notes on the Zwift Support Forum, so what you see below has been gathered from our own observations. Spot any other changes? Share them in the comments!

The biggest news in this release, Fuego Flats is ~9 miles of beautiful desert tarmac added to the northwest portion of Watopia. Read all about Fuego Flats (including new Watopia routes) here > 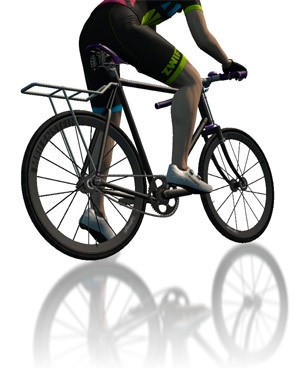 Back in March we shared that the Safety Bike was the fastest frame for climbing Alpe du Zwift. This is no longer the case: the ridiculously expensive Safety Bike has gained significant weight, going from a 4-star weight rating to 2. Maybe all the fame went to its head?

The Safety Bike now climbs Alpe du Zwift in 49:34 (at 300 watts/75kg rider weight, with Lightweight Meilenstein wheels). This is nearly 1 minute slower than its previous time, putting it near the bottom of the pack in terms of climbing performance.

The once-beloved Safety Bike now exists simply as a prize for “the Zwifter who has everything.” 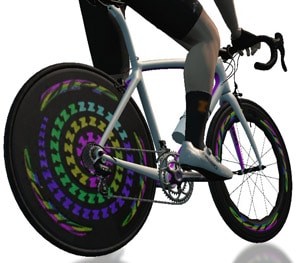 There was quite a kerfuffle in late February when the Drop Shop went live and the 808/Super9 (aka “disc wheel”) was available for just a short time. Apparently a bug on Zwift’s side, it was priced at just 275,600 drops, which was a steal given its strong performance.

The disc wheel was quickly removed from the Drop Shop, but in Zwift’s latest release it’s back, at a much higher price, and a second disc wheel is also available at an even higher price! The 808/Super9 wheelset now costs 1,075,700 drops, while the 858/Super9 costs 1,508,800.

And while the 808/Super9 was originally level-locked at 13, that has been increased to level 35. The 858/Super9 wheelset is level-locked at 45. So these disc wheelsets are only available to veteran Zwifters.

The new 858/Super9 disc wheel combo sports fancy colors and the sawtooth Zipp 858 wheel on front. Both disc wheelsets have performed nearly identically in our limited testing, but we will perform further tests since theoretically, the 858/Super9 should climb just a bit faster.

The results screen popup shown at the end of some group rides/races has been upgraded with additional data and a new look. It now includes information on the route, total distance, number of riders entered, your rank by gender, and your percentage rank.

The startup tune has been changed. We muted ours a long time ago so we didn’t even notice until we saw comments from other Zwifters…

This is something we’ve never seen before: Zwift’s artists have apparently put a sort of “rough” start pen in the game, outlined with a simple wooden fence. It’s visible as a standard start pen in the minimap, but on the actual course it looks like something out of a cross race. This is located near the windmills on the way to the Jungle Circuit.

What do they have up their sleeve? Guess we’ll wait and see.

That’s all we can see in terms of changes in the latest update. Have you spotted something else? Comment below and let us know!