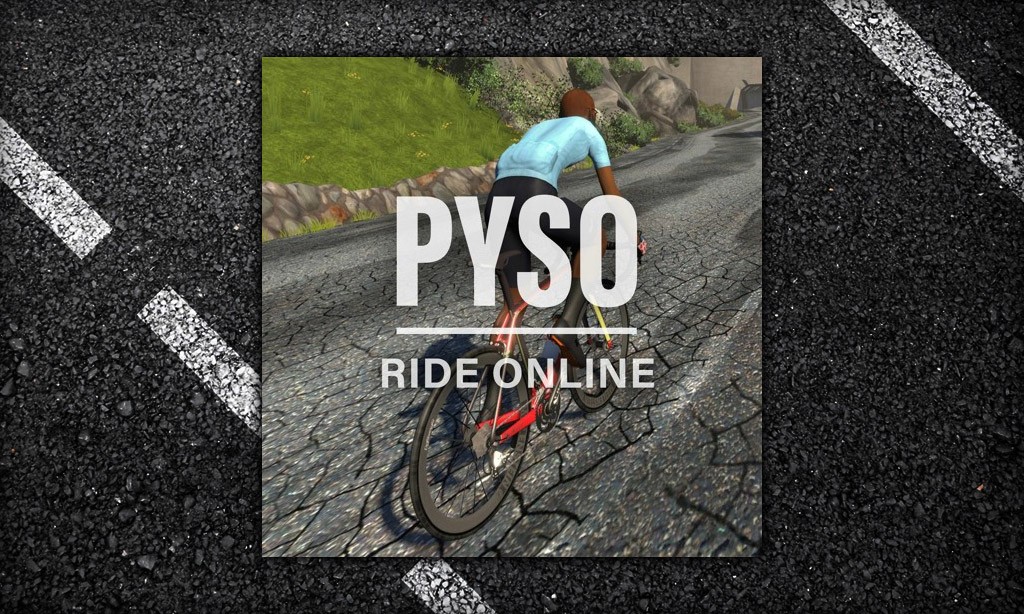 Velonews just released episode 60 of their PYSO podcast, and it features a wide-ranging interview with Zwift CEO Eric Min.

The hosts chat with Eric on a variety of topics including:

For the Zwift veterans and addicts, the most interesting part of the interview may come towards the end, when Eric mentions some things that are coming up next! Those include:

The news of Zwift planning to finally add rowing to the platform is a big deal – it would be the third sport supported by Zwift (cycling and running being the other two). Eric mentions rowing’s release in the context a discussion on Zwift becoming a training platform for athletes in other sports – tennis players, nordic skiers, etc.

We’re not sure what Zwift has planned for those sorts of athletes, but rowing is certainly a natural fit since, as Eric says, rowing and cycling have a lot of crossover. Rowing is a very leg-driven sport, requiring a lot of leg and hip strength. And of course, both rowing and cycling require a massive cardiovascular engine in order to excel at the top levels of the sport. Good rowers make good cyclists.

More than 2-1/2 years ago, we published a post about How to Use Your Concept2 Rower on Zwift. It’s a bit of a hacky approach, and your avatar is on a bike, not in a boat… but it works, and many people are doing it! Having rowing properly supported by Zwift, though, should allow rowers to easily connect and row together in the waters around Watopia and other Zwift maps.

For most Zwifters, the bigger news from Eric’s interview is the impending release of Meetup Results functionality. Why does this matter? Because it means anyone can organize a race on Zwift. Thanks to recent Meetup changes (particularly Meetup-Only View), Zwifters just need an official results sheet in order to organize one-off race events. And that’s what the Meetup Results feature would add. Bring it on, we say!

Concept – you’ll never look back. It’s a great complementary exercise to many sports and great for cardiovascular fitness.

I’ve been rowing on Zwift for over a year now. I first used the alluded-to hack, which was difficult to manage, but more recently an app called RowedBiker which has made it almost fun. It is fairly seamless and has served me, but for Zwift to actually integrate rowing? Wonderful news! Thanks and looking forward to the experience!

I can’t wait to link my concept 2 to Zwift in a rowing app,
Great alternative exercise

Boy, I’m really glad Zift HQ has been putting their time in development the addition of rowing instead of generating content the users actually want. It’s almost laughable to hear that racers make up only 1/3 of the Zift user base, but what are the big plans for the future? More UCI races with more UCI worlds which will be shortly abandoned by riders as they flock back to watopia. Sadly, I’ve come to expect moves like these which largely ignore the wishes and expectations of the very users that pay for and support the Zift platform. Glad to see… Read more »

Have to agree – as per the post by Eric a couple of days ago, for gods sake Zwift spend some time improving and stabilising the core product rather than constantly adding niche features that very few want or will use. I love zwift but I tear my hair out at their frustrating lack of i sight into what most users want.

You are assuming your priorities are what everyone else really wants too. The vTdF doesn’t excite me, but I am astounded at how many of my cycling friends are all into it. New roads, on the other hand, really turn my crank (see what I did there?), whether France or Watopia. New roads means new route badges! Meetups are great! I am racing (and losing) more and more as time goes on. I agree the quit to restart is a pain, but every software developer has to try to balance resources with the needs of a diverse user base.

I am beginning to suspect that bug will never be fixed. If it were an easy fix they’d have fixed it by now.

As a former competitive rower with access to a Concept 2, I might be tempted to try a rowing feature in the future, but I’d agree that it’s not the core of Zwift. I got into cycling in college because rowing a heavy 8 could only be done at morning practice; one of my teammates had a Kestrel TT bike and got me into cycling as cross training. 25 years later, it’s cycling that has stuck around in my life, even if I still have an erg.

And still no way to save without exiting﻿😡﻿

Rowing! Yessss! I can’t wait. I reckon it’ll be better than the cycling version.

My Waterrower is equipped with a dedicated powermeter (SmartRow) which delivers very accurate measurements. The original “display” is worse than useless.

I hope the SmartRow is indeed accurate.

Indeed, I hope they support other rowers besides Concept2.

i had a dream where they added horse riding to Zwift. Needed extra-large treadmills to be specially made. Jumping was a disaster. I think they should try it. Can you mention it to Erin Min next time you see him? Thanks.

Absolutely. This needs to happen!

Running has a crazy sport called steeple chase, could easily implement it this way.

It wasn’t a dream, it’s a thing already.

In the meantime, you can always do Prancercise workouts. https://www.youtube.com/watch?v=o-50GjySwew

HorsieBiker will fit in nicely with my hacky RowedBiker app 😉

I’m a little surprised that rowing is being added when the running product remains so painfully underdeveloped. Don’t get me wrong, I’m into it, but I can’t see it being a positive thing for the development of cycling and running.

Marcus Berghauf
Reply to  Will

I would guess there’s little development because the percentage of Zwift users who run but don’t cycle is really small.
With cycling or rowing machines on Zwift, the power clearly comes from you, whereas with running, the power comes from the treadmill and you have to keep up.
I really feel that makes cycling, rowing and even cross-training more “natural” for Zwift. I wonder how it’ll feel without the magic of a slipstream though?

I’ve never understood running on Zwift. I do run and have considered getting a treadmill but as far as I can tell you can’t have Zwift control the incline of a treadmill, so what’s the point? Lots of running machines have programs that alter the gradient automatically so I don’t accept it’s anything to do with safety. It feels like their resources are getting stretched ever thinner with each new discipline added; look we’ve added running and mountain biking and next up rowing, and yet all of them are half baked, and in turn it feels like development of the… Read more »

I own a Concept2 and am looking forward to the rowing feature. I think an aspect that people are overlooking is that there is a robust competitive scene in indoor rowing. My conjecture is that, much like doing more and more sanctioned competitive cycling events, their hope is that Zwift will be the go-to platform for competition in indoor rowing. One other aspect is that there are already Zwift competitors in this space, such as PerfPro and KinoMap. As others have mentioned, rowing is a very complimentary activity to cycling, and Zwift clearly wants to appeal to those people for… Read more »

more fantastic news from Eric about ignoring their base…no Eric, I am not going to buy a rowing machine…may I remind you that you began for Cyclists? That is really the point of Zwift..and the point of my 15 bucks every month for last few years….keep it up Zwift…thin it out and you are going to lose is my guess…

How very selfish! Funnily enough, it’s not all
about you.

Rowing has been crying out for a proper online experience. Loads of APs out there and their pretty poor attempts. If your into rowing I’d suggest concept2 – already measures your power in Watts and its the market leader. If I were to guess this would be the first supported virtual platform.

I’m a cyclist who isn’t a rower and I’ll go against the grain here. I think the rowing add is great. It will give me a reason to go on zwift in the summer when I’m riding outside. And zwift’s community element could take the drudgery out of indoor rowing just like it did for bicycle training. And truth is I’m on the bike more than I need to be and could use some more variety. I plan to buy a rower. Just curious if there will be new devices/interfaces. It sounded like the concept2 workarounds with the existing tech… Read more »

I’m a cyclist who has a rower, and I think the rowing add is great. I only use it a little bit right now, but would love to be encouraged to use it more.

My wife has a hydrow… its a self contained environment that doesnt broadcast power… i hope i can make it would with Zwift!

Has anyone else noticed that meetups with race results don’t show the finish line in the same location to all the riders? For distance-based meetup races, the location of the finish line is based on your position at the start of the meetup. This makes sprints for the line meaningless and makes it hard to know if you are ahead or behind other riders.

This is different from how Zwift treats results in official races, which include a neutral zone after the start pens and only start the race timers after crossing a double white line on the road.

Fantastic news to read that integrated Rowing is finally coming to Zwift, I bought a Concept2 and Tacx a few months ago to replace the gym during lockdown etc, and it has been a real bugbear that I can cycle wit’s Zwift but not row since it seems a completely natural fit for it. I look forward to it finally arriving…then hopefully they’ll work on improving the woeful filters etc for event listings on Companion App, along with my biggest issue with Zwift thus far: Letting people join races & events in lower categories than their Zwift activity clearly indicates… Read more »

3 months on…any news on when the rowing is being released?