Zwift created this route using GPS data to perfectly match the incline and distance of the storied climb with its 21 hairpin turns. The climb to Alp d’Huez actually has two different finish points: the “tourist version” and the Tour de France version. Alpe du Zwift matches the tourist version, which is ~2km shorter with 40 meters less climbing than the TdF. Here is our verified Strava segment for the timed KOM section of the new route.

Zwift took their time making this climb visually interesting in terms of both natural and man-made features. The landscape and flora change as you ascend, beginning at the bottom of the Jungle Circuit with lush grass and shrubs which change to pine trees which are eventually covered in snow. Soon enough you pass the treeline and are surrounded by only rocks and snow, but the visuals still dazzle with the northern lights visible at night and a cloud layer below so you really get the sense of being at altitude. 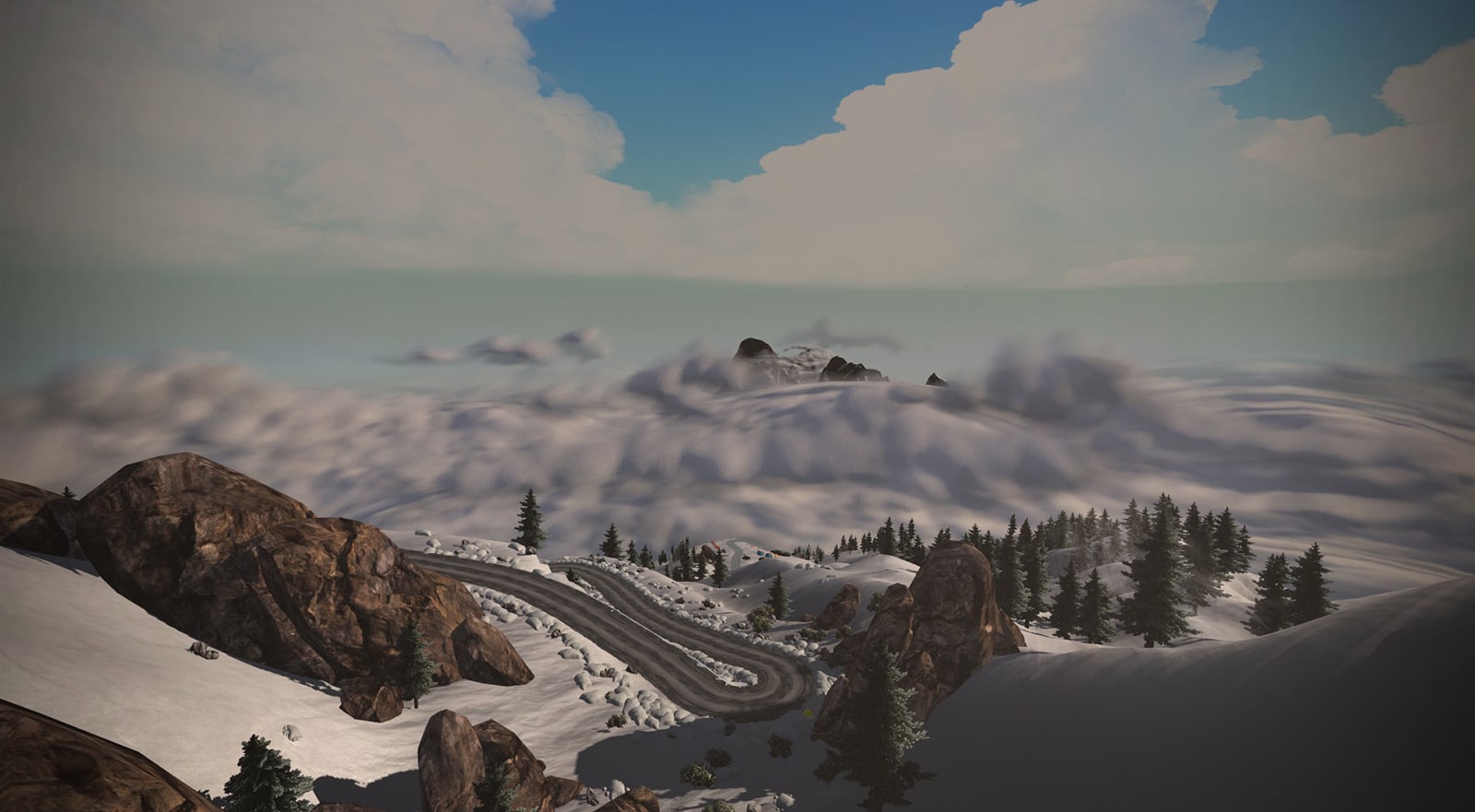 Man-made features include an alpine village, stone tower outposts, snow camping, timber harvesting, a satellite array and some sort of scientific outpost with a sign calling it “Macready Point Watopia”. Signs on each bend count down to the top, and most of the bends include encouraging messages just like the outdoor climb (“Thin air don’t care”, “Earn that downhill”, “Don’t give up!”, “So close”, etc). See if you can spot the names of some pro cyclist Zwifters as you make your way around the bends!

When you reach the top you are greeted by a giant statue reminiscent of the statues which still grace the original Watopia Hilly route.

The update includes three new routes which take you up Alpe du Zwift:

You must be level 12 or above to ride Alpe du Zwift, unless you join a group event which is riding on an Alpe route.

In the past, Zwift has been clear that they will only include a long climb in the game if they can gamify it enough to keep it interesting. We can see the beginnings of that with this release, although there are more features still to come.

When you begin the climb, the map section expands vertically so you can better see what’s coming up. Each bend is numbered and starred off when completed. Additionally, when you reach the top of the climb a prize wheel pops up and spins, landing on items like gloves, helmets, etc. (This happens every time you complete the climb–if the wheel lands on a prize you’ve already won, you get 250XP instead.) A welcome added incentive to make it up the biggest climb in Zwift’s virtual universe!

Zwift has also added a new badge you can earn (under Menu>Badges): the “Masochist” badge. How do you get it? Climb Alpe du Zwift 25 times! There is also an “Avid Climber” badge given for riding Alpe du Zwift 5 times.

Overall, I consider this a wonderful addition to Watopia because it’s something completely different from what we already have. It also helps keep Zwift well ahead of its competition, many of whom are based around replicating iconic climbs. 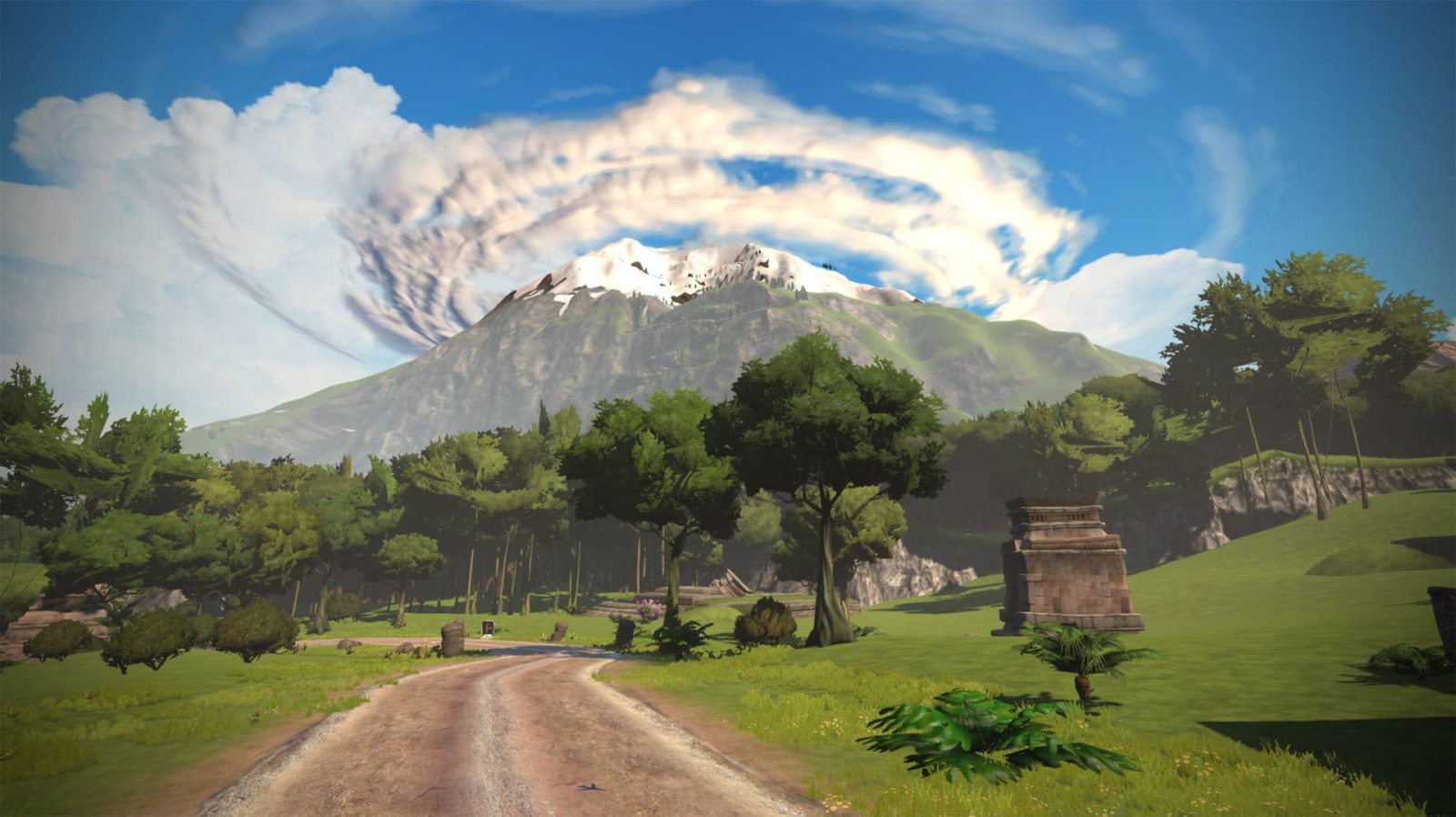 I’ve read about some intermediate, timed power ups along the route. I usually get one coming out of the tunnel approaching turn 20, but assume I’m too far back for the other two, allegedly at the crane and around the second tunnel. Any insight? Thx.

The power ups should be awarded where there is a “ride on” thumb painted on the road. There is one near the end of the first tunnel, one under the crane, and one under the 2nd tunnel.
In the past, there used to be timers that show up on the map indicating how much more time you have to get to the power ups. I have not seen those timers for a while now.
I rode up the Alpe today, and didn’t receive any power ups.

I’ve been seeing the power points and aso the countdown timers. I’m looking for details on this: When do the countdowns start? are the countdowns the same for everyone or ar they variable depending on your FTP?
Would be nice to get some detail on this. Have searched a bit but not found anything.

Alpe du zwift climbed 25 times but no masochist badge yet 😭

Same here, 27 times up (according to strava segment), but still do not have the badge.

To get the Masochist Badge, do you need to climb Alp Du Zwift 25 times in one ride or do they keep track of how many times you’ve been up from different rides?

Definitely not in a single ride – it’s cumulative.

Why would Zwift choose to set the end at the tourist version rather than the Tour de France version. I find that such a strange decision.