Although twisty, the new roads are quite simple in terms of elevation profile. You begin with a right-hand turn after crossing the bridge on the reverse Epic KOM, and this takes you over an alpine pass 2.8km (1.7 miles) long which steadily climbs approximately 22m (75′) then descends 41m (137′). This drops you into the jungle loop, which is 7.9km (4.9 miles) long. The first half of the loop is a descent of approximately 60m (196′), then the second half is the climb back out.

At the low point in the loop you’ll find the lap marker, which behaves in a similar fashion to the volcano route’s lap marker. Lap leader jerseys are awarded to whoever is on course with the fastest times in either direction.

The climb section is shorter than Box Hill, but longer than Watopia’s reverse KOM. The pitches are fairly steady, too. This will make for some very interesting race laps, with lighter riders excelling up the climbs, and heavier riders hammering the descents.

Three new routes have been added, all utilizing the new jungle ruin roads: 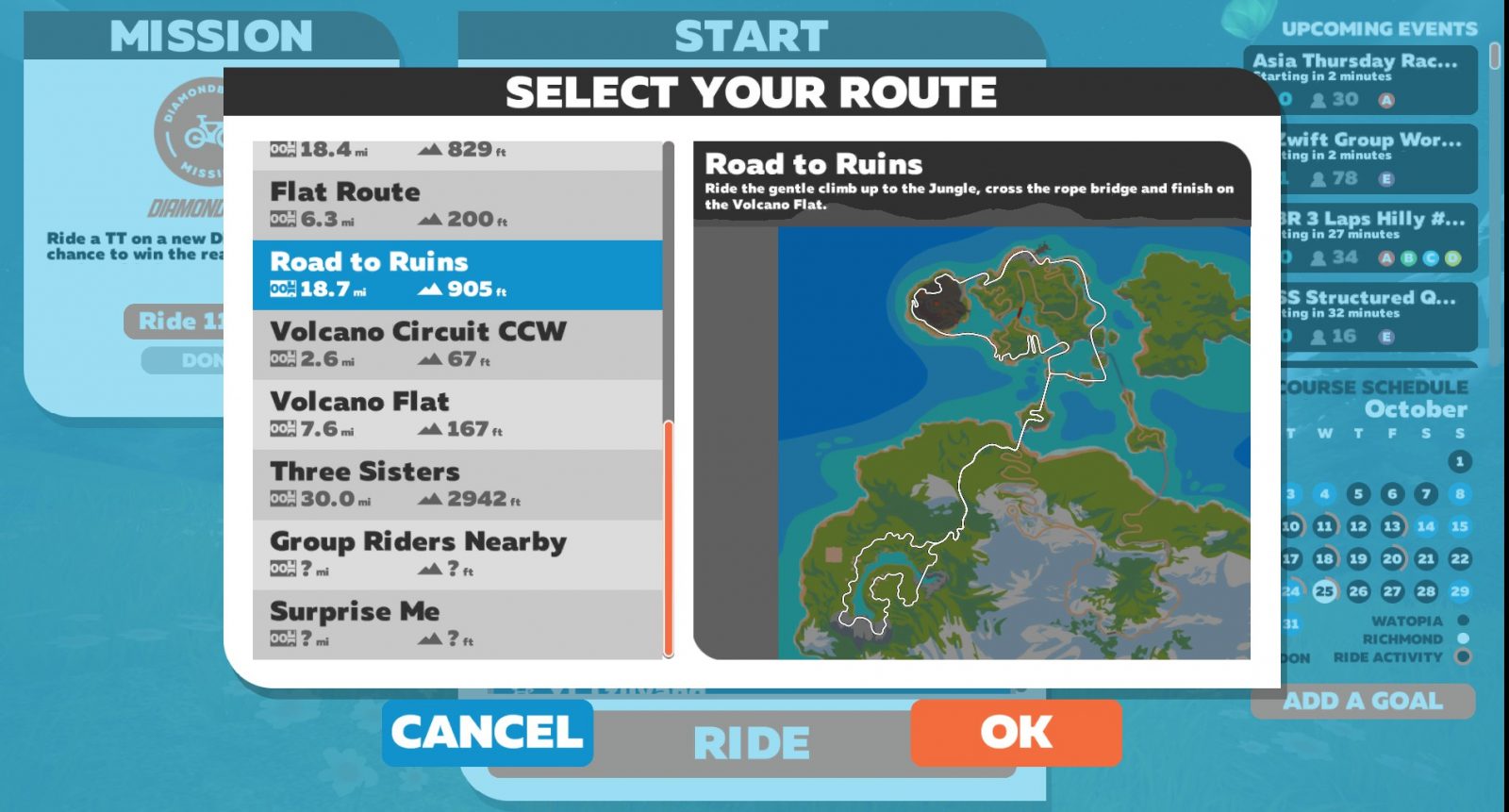 This is definitely Zwift’s most detailed and scenic set of roads to date. The landscape varies from an expansive river gorge to tight jungle roads and tunnels, while road surfaces vary from dirt to mining tunnels to a vertigo-inducing rope bridge. Along the way there’s plenty of eye candy including waterfalls, mysterious ruins and new forms of wildlife (toucans, fireflies, and a sloth).

While the jungle loop section is almost entirely dirt, ZwiftHQ made the smart call of reducing the amount of dust kicked up by riders, so visibility isn’t as impaired as it was previously. And riding through the mist of waterfalls almost makes you a feel a little cooler. Almost.

In an unexpected move, ZwiftHQ is restricting access to these new roads. You must be at level 10 or higher (learn more about Zwift levels). Zwift’s Jon Mayfield explains:

While we understand this may annoy some at first glance, we believe (and hope!) this will give Zwifters even more incentive to hop on their trainers or treadmills and crank out some miles with something so big to chase after. If the idea still bugs you, don’t worry – we made it an easily attainable level so the reward is not too far away.

There is a blocked off section of new road off to the right while descending the alpine pass on the way to the loop. What does ZwiftHQ plan for this section? We’ll just have to wait to find out…