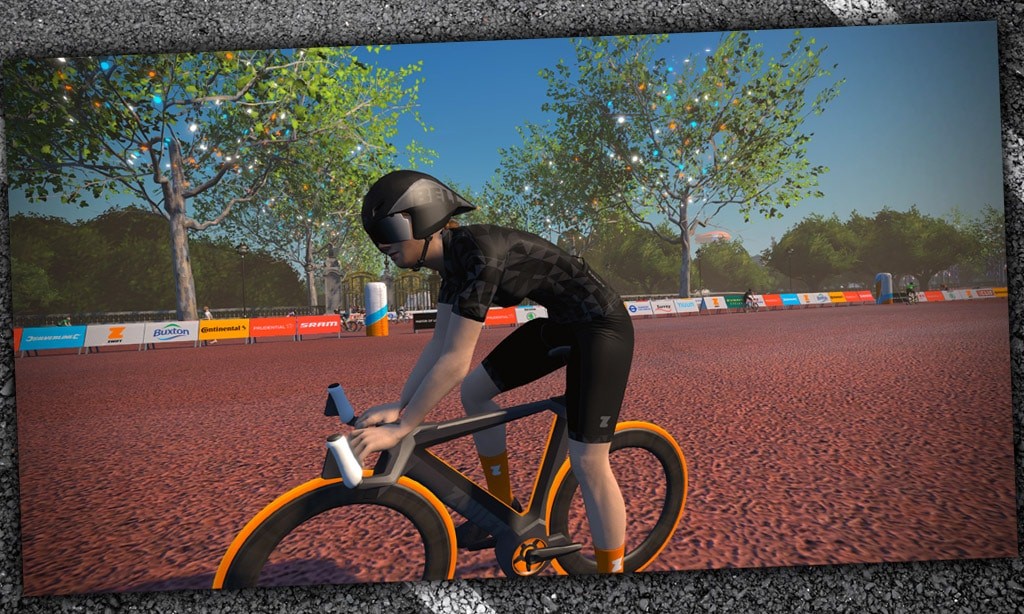 If you’re new to Zwift, you may not realize in-game speed is affected by the bike frame and wheels you choose. In fact, Zwift Insider has performed hundreds of test rides to compile the data so you can know which setups are fastest.

What about helmets? Do they affect speed?

A year ago there were only two generic helmets available for your cycling avatar. Then the Laser Bullet helmet was added as an unlock at the top of Alpe du Zwift, and people wondered if this helmet was faster than the original two. When Zwift released levels 26-50 (which includes several new helmets as level unlocks) the questions really start flying. This week’s Zwift Coaching Podcast even includes a reference to certain helmets making you faster! 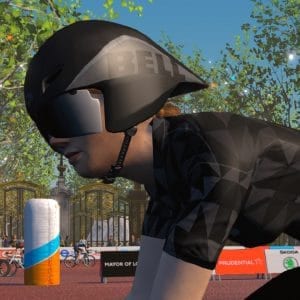 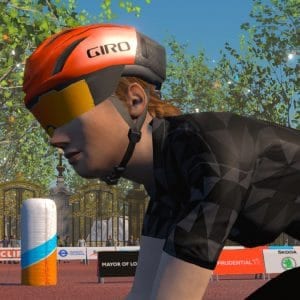 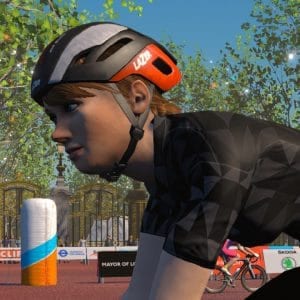 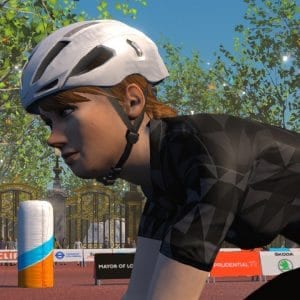 It’s logical to assume that helmet choice affects your speed in-game, since it does outdoors. (For example, Specialized claims wind tunnel tests show their S-Works Evade II shaves 6 seconds off a 40km time trial compared to their already-slippery original Evade.)

We had tested helmets a couple years ago but found they did not affect speed in-game by more than 1 second over a ~ 45-minute Watopia Figure 8 lap. Back then it appeared as though helmets were not included in CdA or weight calculations, and the 1-second variation was just a Strava/GPS rounding error.

But we weren’t sure if things had changed, so we did a pile of test runs using both the TT bike and the Tron bike. (We included the TT because we thought it may be possible that Zwift would let certain TT-specific helmets affect speed on the TT bike, but not on other frames.)

We found that what you wear on your virtual head makes virtually no difference. All helmet choices (including no helmet) were within 1-2 seconds of the same time over the 29.8km (18.4 miles) Watopia Figure 8 route.

With that said, it is important to note that according to Jon Mayfield helmets do affect your in-game speed. The reason we don’t see much of a difference between helmets is that none of those currently available are efficient enough to make much of a difference. That should change as new helmets are released in the near future.

You can see our test results here.

Any idea if not wearing a helmet while climbing affects speed since it would be lighter?

Thanks Eric, I have been wondering about the aero effect of helmets, surely Zwift has a cda for them now as there are a few super aero setups (only available at higher levels, do’oh). I used to ride around with my hair out (looks tres cool yeah) but then got a bit more serious about racing so now wear the most aero helmet I have (the lazer bullet). But then yesterday I received the Zwift orange cap, I like it so am wearing it. I would be interested to see if by wearing the cap I am being penalised as… Read more »

I came searching for an answer for this after joining my first ever race on Zwift today when I noticed that the majority of the 6000+ people didn’t have helmets, whereas on Just Ride it always seems that most people wear them. I was thinking there must therefore be some aero advantage for racing but it seems not. Maybe people just think there is.

Can you confirm that there’s still no difference between the various helmets? The presenters at today’s ZRL in the APAC zone seem to have indicated an in-game power saving for the Javelin helmet. Just wondering if this is something new or a misunderstanding 😉

Just tested it this morning, at your request. Javelin turned in exactly the same lap time on Tempus Fugit as no helmet at all!

What about the newspaper boy hat???

They said it again today on the Tour de Boudica coverage. Glad to see it’s been tested recently!