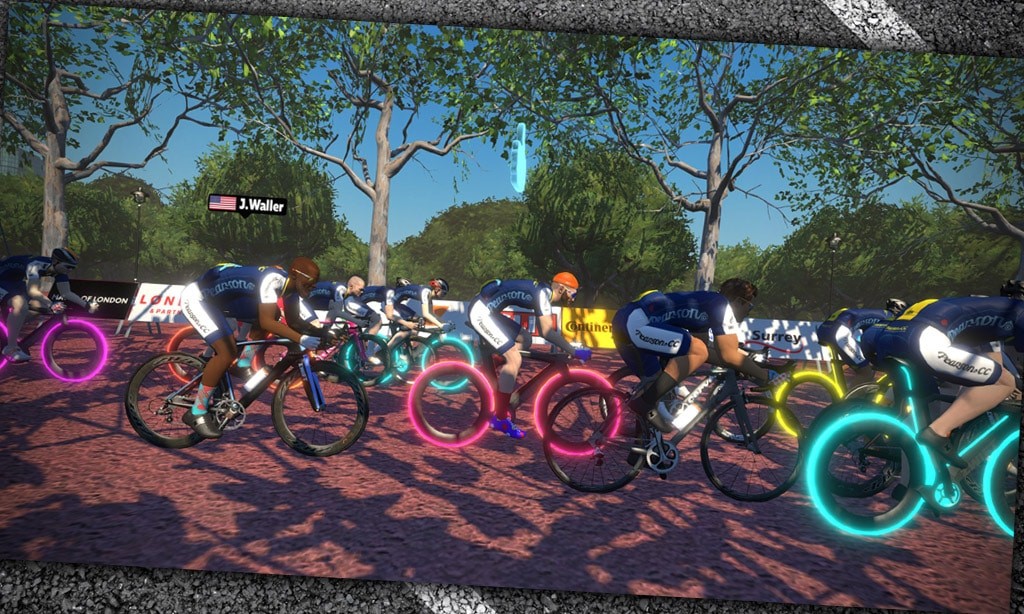 Double draft mode is one of the biggest changes we’ve seen in Zwift racing’s recent memory, but it is still being tested by race organizers and used only in a minority of races. (As of November 9th only ~20% of upcoming races are using double draft mode.)

After finishing a ZHR Hare & Hounds race last night I realized it might provide me with the numbers needed to analyze the effects of double draft on racing. You see, I had done the same race a month earlier and put in a very similar effort. But the earlier race was not in double draft mode, while yesterday’s race was. Perfect!

Disclaimers: obviously there is no way to account for each and every variable and make a perfect comparison of two races. While both races were quite similar (similar effort levels, same course, etc) the second race did have more riders in it, which would logically increase the overall speed somewhat. Also, it is worth mentioning that most of this analysis really only applies to the flatter portions of races. Once the road turns uphill drafting matters less, and your watts per kilogram matter more.

Here are some key numbers from the two races.

I also looked at the numbers of two A racers who rode in both races, and the differences in their numbers match up with my experience in the B’s.

I like the feel of double draft more than standard draft, because it’s closer to what I experience outdoors. (Now if we could just be allowed to freewheel a bit without auto-braking…)

As you can see from the numbers above, my efforts in terms of pure watts haven’t varied much between standard and double draft events. But I will say my perceived effort levels in double draft races have been slightly lower than their standard draft counterparts. I attribute this to three things:

It is worth noting that while perceived effort may be slightly lower, the overall group speed is actually higher in double draft races.

This is the most notable effect of double draft: group speed increases. At nearly identical effort levels my speed increased by 1.9kph/1.16mph in the double draft race. The two A riders I looked at showed slightly less difference between races, but still around 1.3kph/.81mph.

My experience also aligns with what I’m hearing from other racers who are saying double draft races are just fast. Recently we’ve seen some A racers get handed the “cone of shame” for going too fast on certain segments in double draft events, and to my knowledge this simply hadn’t happened in standard draft races. Double draft races seem to have brought group speeds to a higher level than we’ve seen before on Zwift.

Are there negative implications to increased group speeds? If you’re a person who likes to solo off the front, yes! The only breaks that will survive with double draft mode will be group breaks which take advantage of the increased draft.

So teamwork looks like the key to winning double draft races from a breakaway. If you’re not the breakaway type, your results will come down to the ability to hang in then unleash a killer sprint for the line.

What about you? Are you a veteran Zwift racer who has tried some double draft events?

I’d love to hear how your experience compares to mine. Please share below!

Still don’t understand why there aren’t more doubledraft races, especially for longer ones. I guess most zwifters haven’t done real races. It IS hard to attack in a real race…