Teams on Zwift: Why, Who, and How to Join 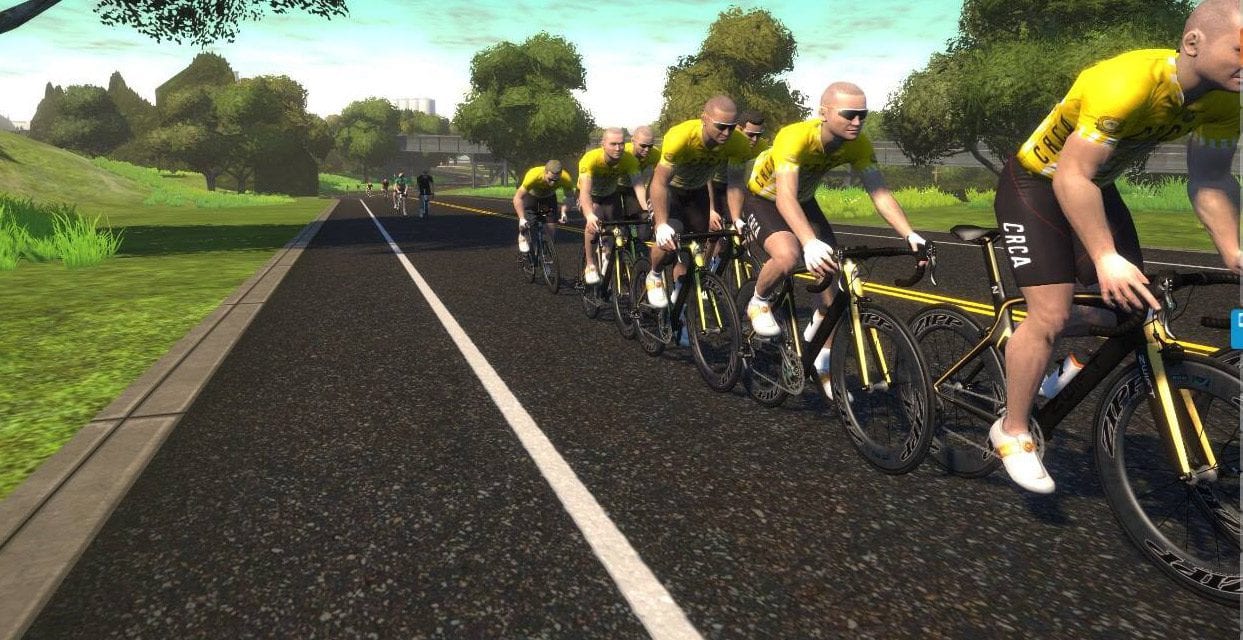 Team affiliation runs deep in competitive cycling, so it’s no surprise that teams have been a part of Zwift from the beginning. In some cases Zwift teams are born out of real-life cycling teams, and in the case of at least one team (TeamODZ) the Zwift team became a real-life team!

Here’s an introduction to Zwift cycling teams, with a particular focus on teams who race together.

What are Teams Doing on Zwift?

Team members typically race together in individual events or team events such as team time trials or the Zwift Worlds Team Race. Some teams also organize regular Zwift group rides–these often begin as team training rides then later open up to anyone interested.

Lastly, team members interact with each other outside of Zwift, typically via Facebook. Facebook is the main place where Zwifters interact, but the main Zwift Riders group is too large to facilitate intimate, ongoing interaction. A team’s Facebook page is a good place for a small group of Zwifters to get to know each other, congratulate each other on race efforts and share racing/training tips.

To get an idea how racing with a team works on Zwift, watch the end of the Zwift Team Worlds 2017 A race below, where TeamODZ’s Justin Wagner took the win. You can hear Justin’s teammates talking to him on Discord, acting as a virtual “team car” to help guide his efforts.

How Many Teams Exist?

If we define a team as any group with 10 or more ZwiftPower-registered riders, there are 116 teams at this time on Zwift. To view this list of teams along with contact info, rider county and more visit ZwiftPower’s teams page.

How Do I Join a Team?

You can check the “Available for recruitment” box in your ZwiftPower profile to encourage teams to reach out to you, but unless you are posting very strong race results you will probably need to take the initiative to reach out and join a team.

In many cases, joining a team is as easy as joining the Facebook page and starting to race under that team’s name and (if they have one) kit of choice. Some teams have more stringent requirements for team members–contact the team manager for details.

Note: this is an updated version of a post originally written in August 2016.

Your title says “and how to join”, but all I find in your article is “reach out”. How do I reach out? My coach instructed me to join a particular team. Your title lead me to think you were going to tell me.

I own a real Elite/U23 Team in Girona, how can I create a Zwift Team with them? thanks