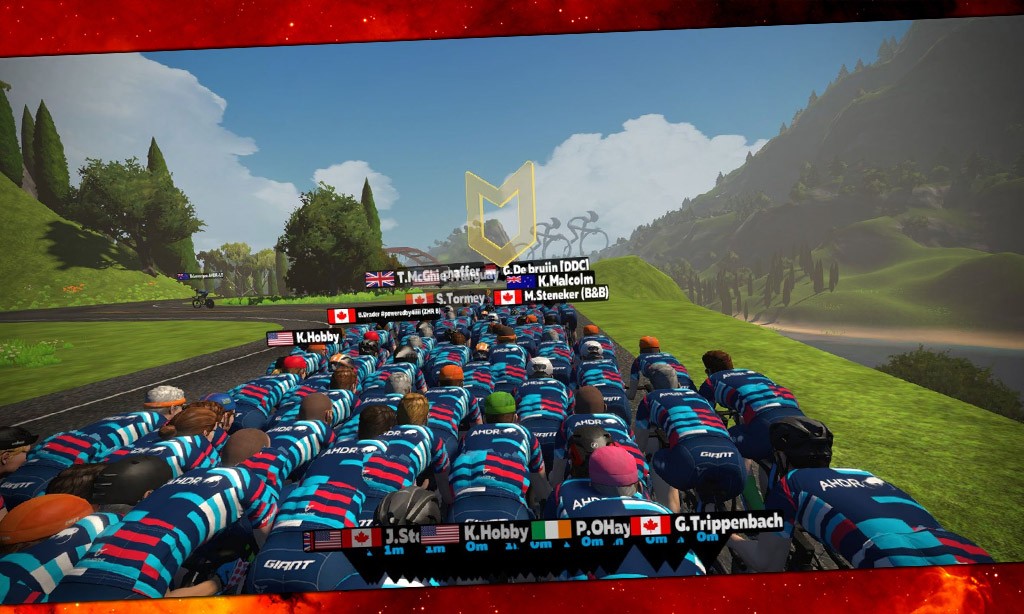 AHDR began as the “Aussie Hump Day Ride” and quickly grew to be the most popular weekly ride on Zwift. Today, AHDR’s selfless group of leaders facilitates several rides each week.

But today is the start of an important and special ride effort. AHDR is calling it the “Australian Bush Fire Appeal”. Here’s what leader Tim Searle told me about the Zwiftathon:

Having seen the impact the current Bush Fire Crisis is having on Australia firsthand for the three months leading up to Christmas I was hoping that the situation would ease and the fires would not spread. Unfortunately this has not proved to be the case.

Our country is on fire, with every State and Territory now impacted by bushfires. We rely on volunteer firefighters through these events, some of whom have been out day after day for months.

The bushfires not only impact humans though, the toll on our wildlife has been catastrophic, and again we rely on volunteers to care for the injured.

We as cyclists have a natural affinity to help people whenever we can. I felt that we could do something to help, and what better way than a Zwiftathon ride to help raise some much-needed funds for the Rural Fire Service that are fighting so hard to protect us, and to the RSPCA who are doing what they can for our decimated wildlife.

Join us this Saturday 11/1 from 6.15AM AEDT for a day of fundraising to help support some of these volunteers.

The AHDR Fab Roll ends at 8:15am AEDT, then the main Australian Brush Fire Appeal ride begins 30 minutes later. Join this on the Volcano Circuit CCW and ride as long as you’d like!

The idea here is that riders will reach out to their networks of family and friends, seeking donations as the riders put in long ride efforts. You may also simply donate funds yourself.

AHDR’s goal is to raise $50k in this effort. That’s $25k for the Royal Society for the Prevention of Cruelty to Animals (RSPCA) and $25k for Rural Fire Service (RFS).

Even if you can’t donate funds or seek donations, the leaders at AHDR invite you come out and join the ride to support the cause!