An Evening with ZwiftQuest: Who has the best route?

The ZwiftQuest is back. It’s a fun way to break the routine of indoor cycling with a unique competitive format. (It’s been a while since I’ve done my last Zwift race. My issue with them is not so much that I can’t hold the pace of the leaders in my category… it’s that I’m a bit tired of all the multi-lap crits around the Volcano or the London Classique course.) To me, ZwiftQuest sounded very promising.

The idea of ZwiftQuest is some sort of virtual bike treasure hunt. Each challenge provides a map with a list of checkpoints that you need to pass. The trick is to be fast, but you can be fast in different ways. You can just push as hard as possible, or you try to find the smartest route. If you want to win, you need both. You can complete the ZwiftQuest at any time over a period of several days. The inaugural London ZwiftQuest was active for the three London days that also brought us the Leith Hill expansion. 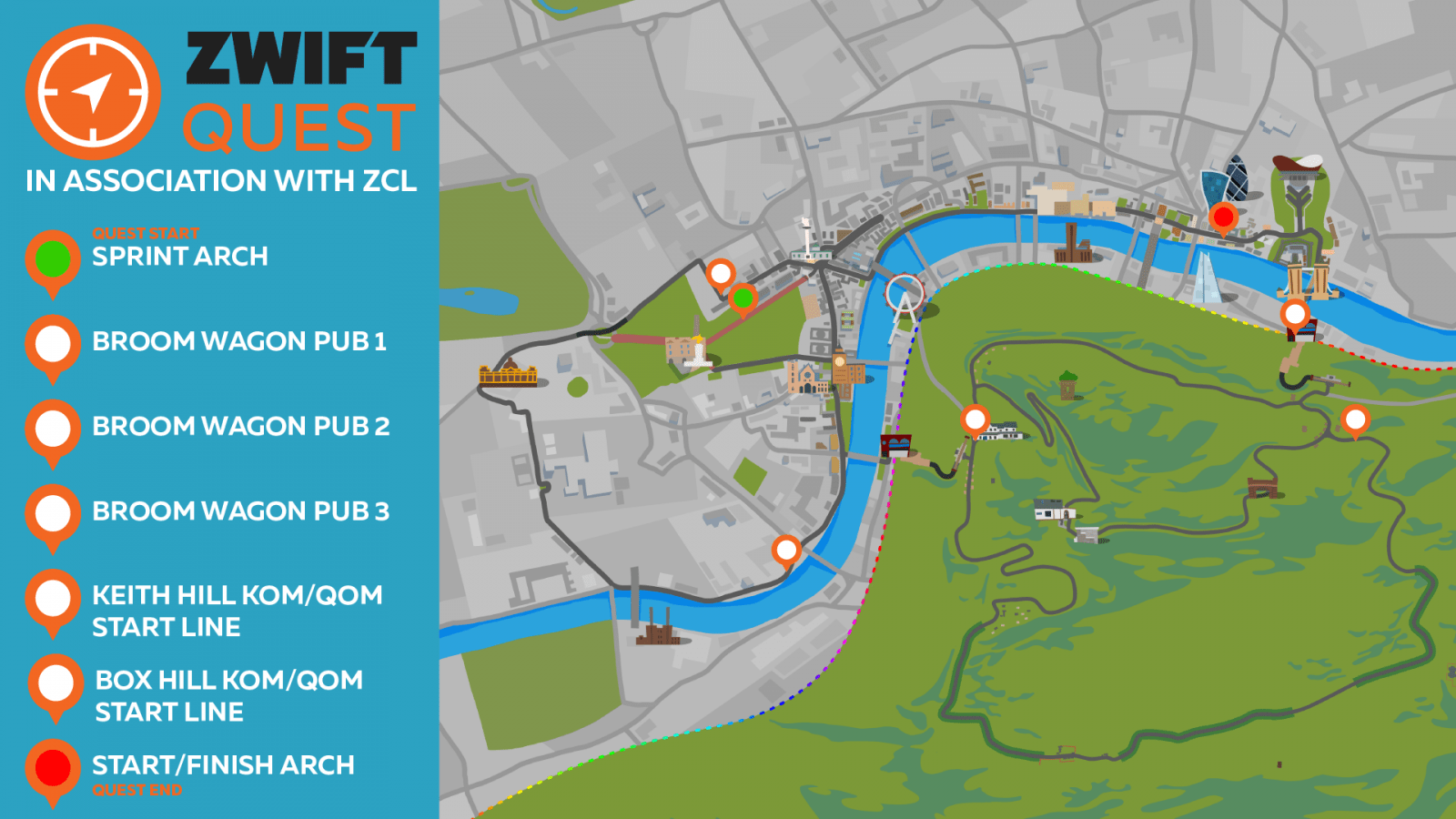 A quick look at how this works:

My FTP is high enough to compete in C, but even in C, I will come in among the last in a race. I knew in advance that I would not win the ZwiftQuest by time. For me, the challenge was in finding the shortest route. The key is to make use of u-turns as much as possible in order to avoid unnecessary loops, then to turn around as fast as possible after you’ve reached the checkpoint, and not to take the wrong turns.

On my first attempt, I did pretty bad and reasonably well at the same time. Pretty bad, because at some point I turned left one road to early, and wasted something like 500m on recovering from that. Pretty bad, because I missed that one checkpoint that kicked me out of the classification. I simply forgot about it. Pretty bad, because I approached the final checkpoint as my penultimate checkpoint (of those that I remembered). Pretty good, because had I not made these mistakes, I actually would have found the shortest route (alongside almost all others). But I didn’t. So in the list of failed attempts, my distance is actually the one that I covered until I really passed all the checkpoints. 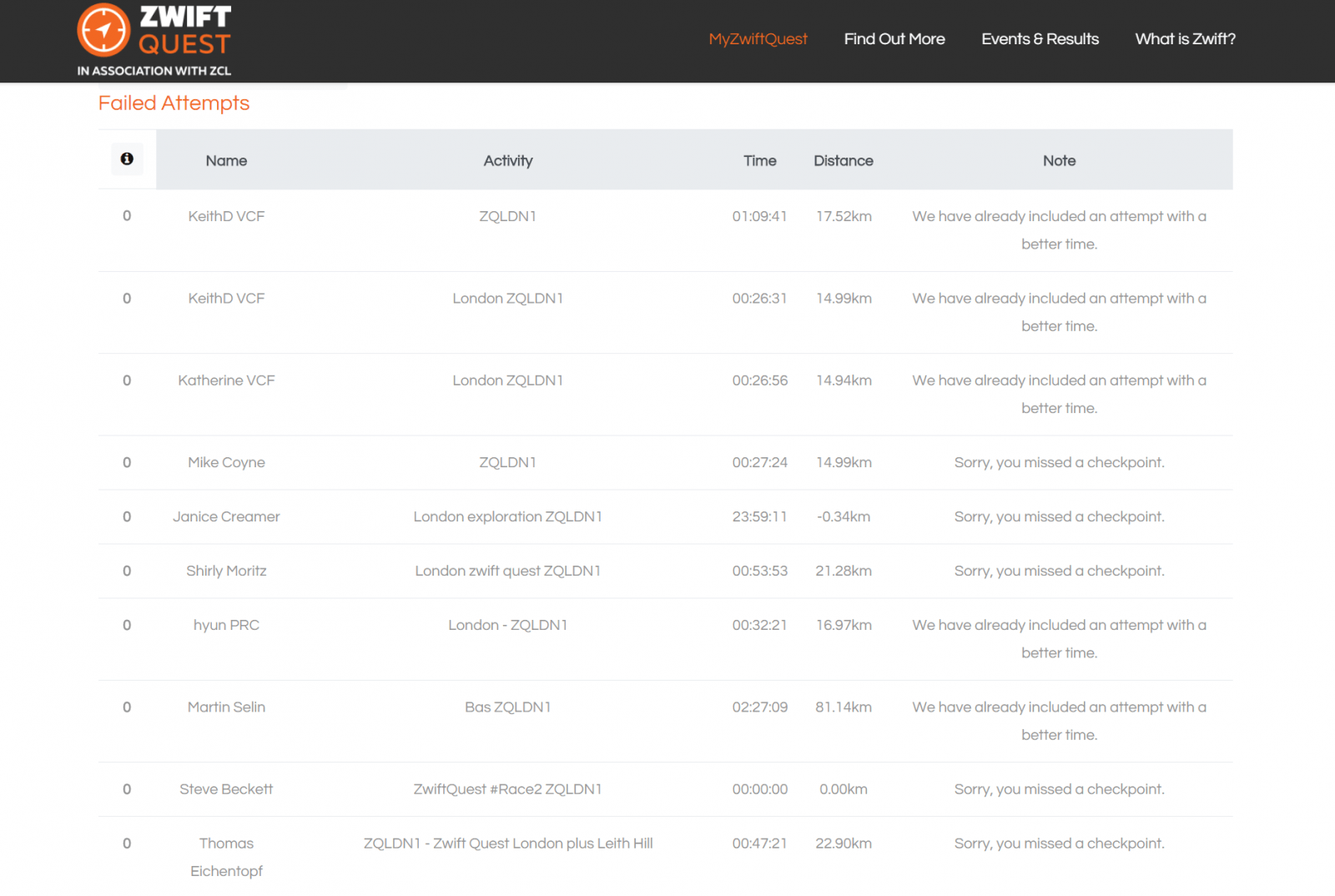 One thing I like about the ZwiftQuest is that it’s not intrusive. I don’t have to decide between race and workout. I can do other things on that ride. I can do a normal workout. I could even participate in another race. I can (and did) continue riding after I (thought I) completed my journey along the checkpoints. I added my first attempt of Leith Hill afterwards. All that does not cause trouble for ZwiftQuest. You only need to include that code word in your activity title and follow a valid route.

And you can do it at the pace you want. As ZwiftQuest grows, I can imagine informal group rides will form, so people can benefit from drafting. And in fact, there has been a ZwiftQuest race in the past. For the time being, it’s a lone adventure. Imagine being dropped after the first kilometer in a Zwift race and completing it by yourself. (We’ve all been there, haven’t we?) Pretty much like that, but minus the frustration because you might still do well thanks to your superior navigation skills.

ZwiftQuest is not for people like my highly appreciated former colleague from Rotterdam. Whenever he adds a bike ride on Strava, it’s either route A or route B. ZwiftQuest is for people like me. This past summer I did not follow the exact same route in my usual training area in Milan a single time. On every ride, I tried to find at least one tiny bit of new street. I know all Zwift’s streets, but I try to always change the way I combine them. Still, there are some bits that I usually avoid. For instance, I don’t often go up the Epic KOM on Watopia because it takes half or two thirds of my usual workout time. ZwiftQuest is a fun incentive for me to go for the roads less visited.

Truth is: ZwiftQuest works best on a complex network of roads. The latest two expansions of Watopia and London are vital. Nonetheless, the best routes might soon look very similar. The team at ZwiftQuest could keep it more dynamic if they are going to use their start and finish checkpoints flexibly. And then every new expansion will add more fun. Is it only me or did I see several points on the new roads that already feature some junctions that could turn into expansions? Like that gravel street on top of Leith Hill? ZwiftQuest has great potential. Personally at least, I’m already looking forward to the next quest already.

There are only a few small things that I would love ZwiftQuest to adjust on their website. I finish up this post with them: 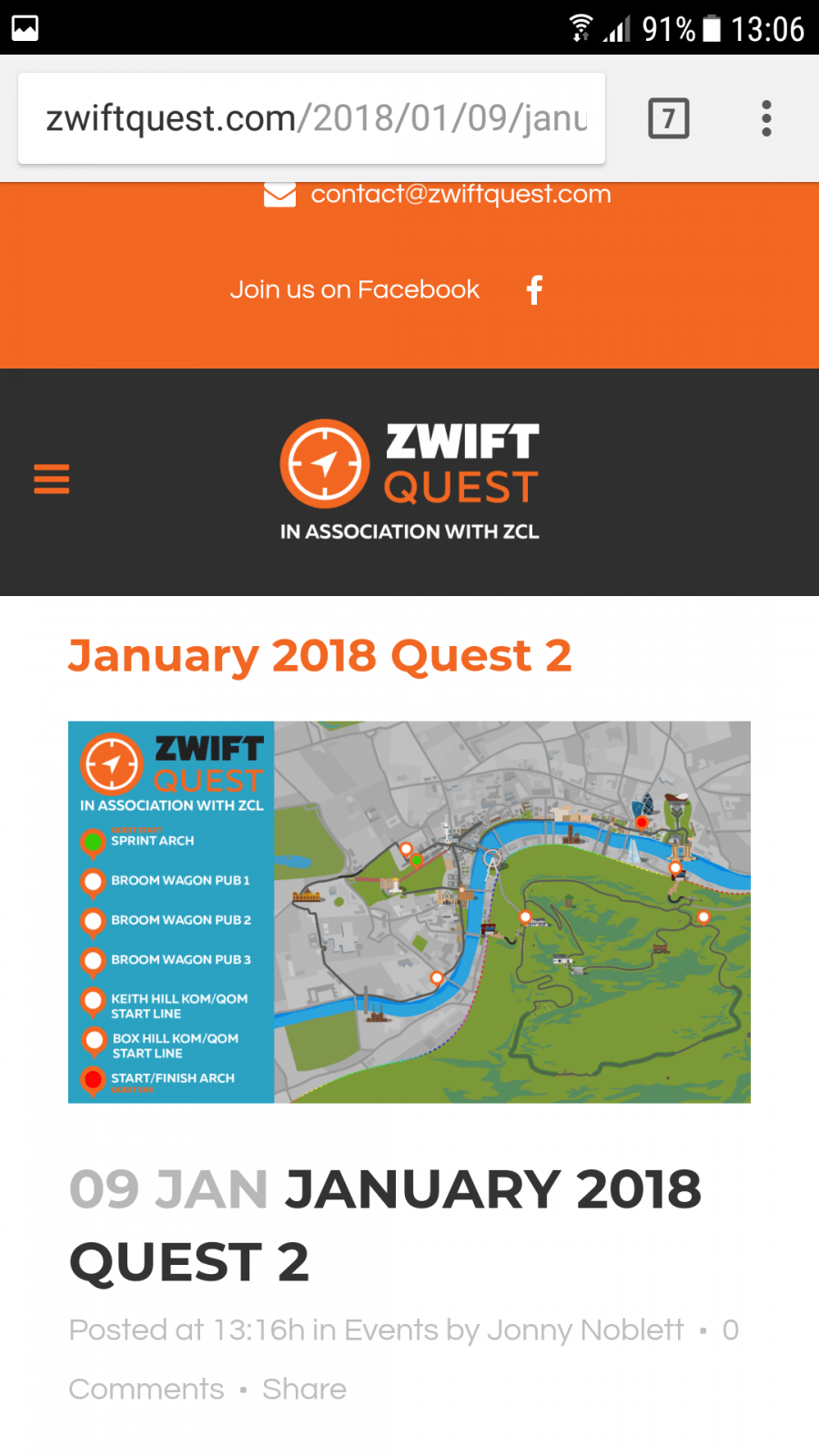 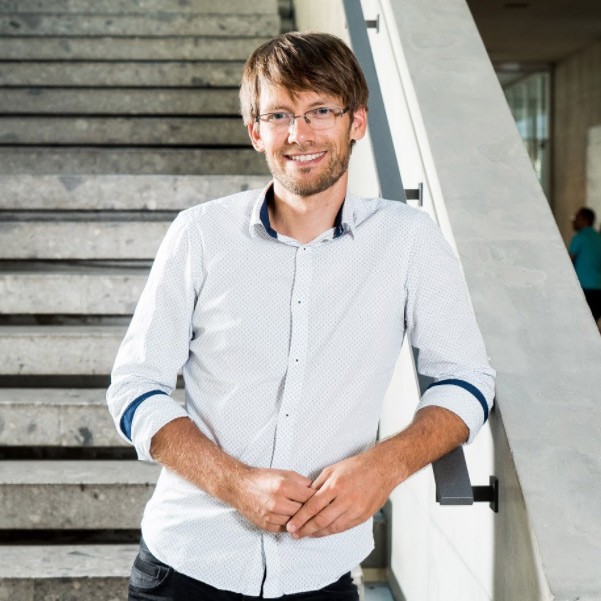 Thomas Eichentopfhttp://onabike.cc
Thomas currently writes from Zurich, Switzerland, but has been around Europe quite a bit. He works as a marketing manager for Diamant at Trek Bikes. Whenever he can, he explores new roads in the Alps. Next to us, he runs a cycling-focused blog at onabike.cc. His favorite Zwift route is the Epic KOM from the backside.