All About Zwift Racing League Playoffs and Promotion/Relegation 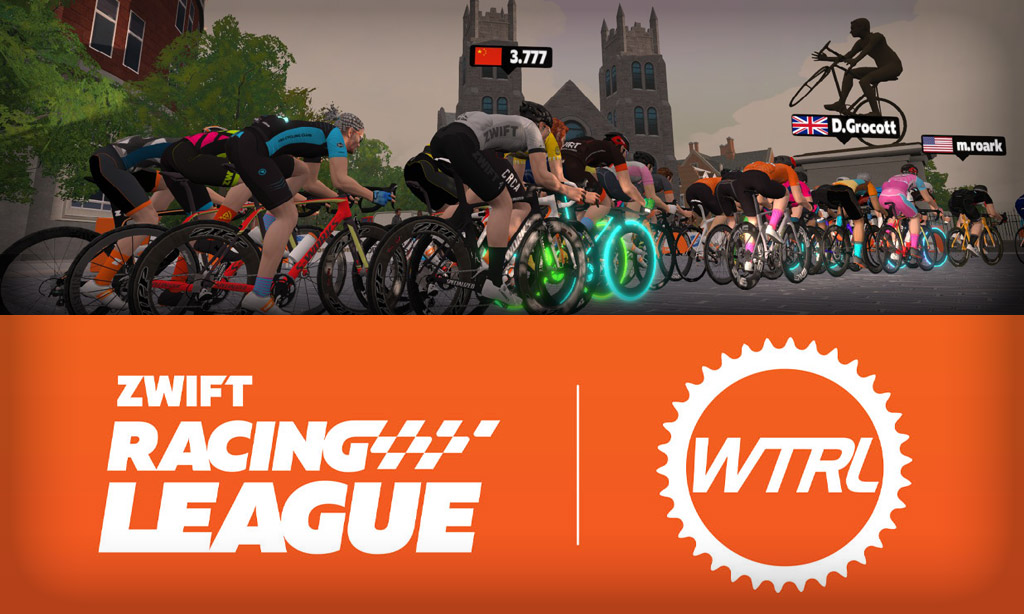 But this season is ending differently that ZRL’s Season 1. This time around, top teams are being invited to a Battle Royale Play-Off on Friday and Saturday! Here are the details, including notes about how relegation and promotion will work for all teams…

The two-day event takes place on March 5th and 6th:

The playoffs are points-based, just like the regular season. All team points will be reset to 0 heading into the playoffs, then the normal points structure will be used for the two playoff races.

The winner in each division will be the team with the highest team score after the two playoff races.

Teams can’t bring in “ringers” for the playoffs – squads have to be defined beforehand, and riders must have completed at least 4 teams with their ZRL team in order to race for that time in the playoffs. Furthermore, some ZADA verification will be in place for all participants.

Note: the A-1 requirements above are basic requirements of the ZRL Premier Division, which is governed by Zwift’s ESports Ruleset. For further details, see Zwift Cyling Esports Rules.

What Is At Stake?

This weekend’s playoff will determine which A-1 teams get promoted to the ZRL Premier Division. This is a big deal, as the Premier Division is where cash prizes are awarded, races are live-streamed by Zwift, and teams get a custom in-game kit.

In many ways, promotion to Premier Division is the Zwifty equivalent of moving from amateur to pro team status. It’s the top of the heap in terms of Zwift racing, and you can be sure A-1 teams will give all they have to get promoted!

For lower categories (B, C, and D) this weekend’s playoff is just an optional championship round which doesn’t affect promotion and relegation in any way. These categories are competing for a title – nothing more. Whoever wins the Battle Royale will be crowned “Season 2 World Champion” for their category, but promotion and relegation are based on regular-season results (see below).

The only exception to this is if you’re in a top or bottom division for a category (eg, B-1, or perhaps C-5). Teams will not be forced to promote up to a new category (eg, B-1 to A-4). Rather, WTRL says those teams, and especially dominant 1st-place teams in Division 1, will be encouraged to promote up to the next category. Teams will never be relegated to a lower category, so if you were a bottom team in a bottom division (say, C-5), you won’t be relegated to a D Division.

ZRL Season 1 and 2 saw very “loose” team structures, with teams not required to provide a set signup lists for their team members. This allowed teams to bring in “ringers” and swap riders out as much as they’d like, as long as the riders were within the proper category.

This relaxed approach to team structure was done to encourage participation, but it results in a neutered promotion/relegation process, since teams could bring in a completely new list of very strong riders, making their past performance a moot point.

WTRL assures us that, “Season 3 will see more restrictions on riders and multiple teams including pre-nominating a team.” This seems like a welcome change!

This sounds awesome. I am looking for a team for season 3! Let me know if anyone has a spot 🙂

Your best bet is to head to the Facebook page: https://www.facebook.com/groups/wtrlzwiftracingleague

What sort of cash prizes are we talking about here? I tried google and couldn’t find any mention of the amounts involved. I’m just interested in the recent Zwift bans of riders for fudging their dual recording power numbers and how much is Zwift money a motivation.

Zwift needs to make power/speed match the real world a bit closer. This was our first season. We are in the bottom of B9 and the team all do well in the real world. but we quite often get beaten by a team of 11 to 14 year olds. There is an 11 year old girl who weighs 27kgs she did a race at 28mph and stayed with the lead group. I am not sure this reflects what would really happen. I guess its still fun to do though. most of our team do tt’s as the club season is… Read more »

Is there any reason why a game and sport in its own right has to match real world dynamics?

If it doesn’t match the real world then why verify real world height and weight?

errrr – the game has an algorithm that uses your height and weight not only to determine the shape of your avatar but also your wkg etc….

If the algorithm is not accurate, verifying accurate heights and weights won’t make the game fair. The unfairness is already baked in. People should be honest, but I’d also like to see some transparency about the algorithm and validation of its accuracy from zwift if they’re going to expect this level of effort into keeping the user side accurate.

Well, Zwift is not a real world.

The TTT start times differ from the WTRL website

Yup, this is listed for Saturday for PST:

I’m curious about the ‘encouraged to promote’ part. Best teams of their category certainly have a place in the higher one, but will they leave the division where they know they can keep winning? It would only make sense if riders had to stick to their team, so pre-nominating that could help. I’m convinced some strong riders might ‘discover’ their true category. Our team finished 3rd in your league last season Eric. With some ‘almost A’ riders at the end we decided to move to A. It’s quite fun to race in A4 if you don’t mind to dig deep… Read more »

Is it just me or are the weight/height videos for B through D cat a bit vague? Do we just do one video for both playoff races? A separate video for each of the 2 races? Any specific rules to follow for the video?