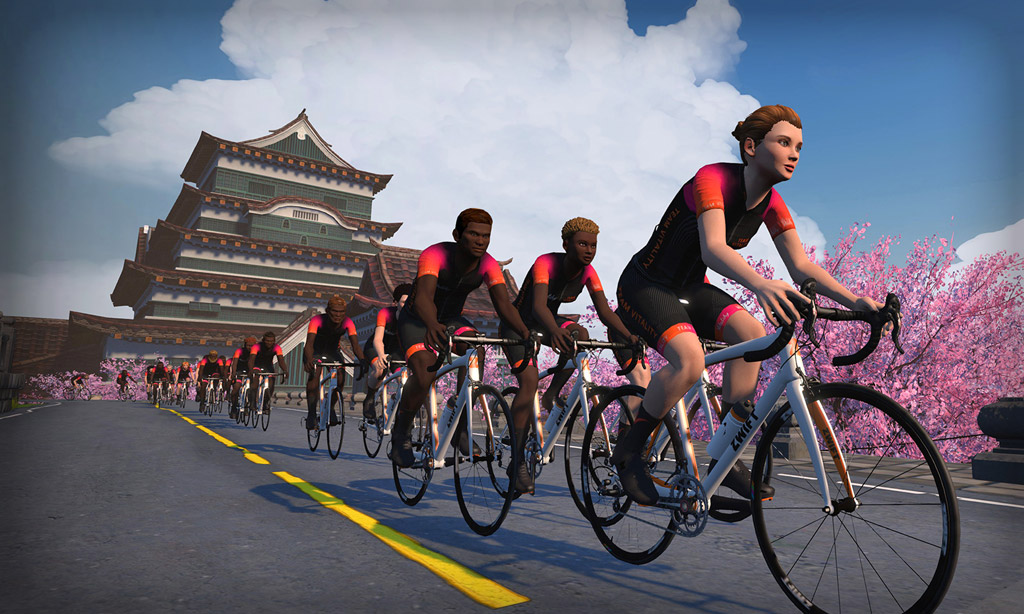 Vitality, a global platform for healthy behavior change, has teamed up with UNICEF and Zwift to launch an innovative series for a fantastic cause. It all starts today with a kickoff event hosted by Ashleigh Moolman Pasio!

What Makes It Special

This series runs from August 23 to September 6 and remember, every ride completed during the series unlocks a life-saving polio vaccine for a child.

All rides in the series are doubledraft events. Dates and routes are as follows:

Complete any ride in the Vitality for UNICEF Ride Series to unlock the Team Vitality kit and socks.

Complete any ride in the Vitality for UNICEF Ride Series for an entry into a giveaway to win a new Canyon Ultimate CF SL 8 Disc Di2 bike (retail value: $4,000USD). Want to increase your chances? Complete more rides! Every ride completion results in another entry.

Polio is a deadly viral disease that was once the leading cause of paralysis among children worldwide and is now very close to being eradicated. Since 1988, the number of children affected by polio has dropped by 99%, to fewer than 200 cases today in just two countries: Afghanistan and Pakistan. Nigeria, the third polio endemic country, was certified free of the wild polio virus along with the African region in 2020.

UNICEF manages the procurement and distribution of over 1 billion doses of polio vaccines annually, accounting for more than 50% of global oral polio vaccines (OPV). They work with vaccine manufacturers to procure OPV on behalf of national governments and the Global Polio Eradication Initiative to ensure adequate supplies and competitive prices for both routine immunization and vaccination campaigns.

This series marks the start of a new partnership between Zwift and Vitality. Dinesh Govender, CEO of Vitality SA, says: “Vitality has committed to helping people become more active and Zwift enables this in a fun, interactive manner, underpinned by the latest technology. We believe the impact of connecting our communities will be substantial and far-reaching.”

The partnership just a small part of fulfilling Vitality’s global pledge to get 100 million people 20% more active by 2025 through incentives to live healthier, more active lifestyles.

It is important to note that the Vitality Ride Series forms a part of Vitality’s ongoing commitment with UNICEF to donate over 1 million vaccines worldwide through 2022. The partnership is built on Vitality’s Shared-Value model where personal health brings about better outcomes for society and Vitality’s insurance partners as a whole – a model which can have more impact than a traditional donation-based model. This model aligns closely with Zwift’s own mission to make more people, more active, more often.

I don’t think it’s a particularly good thing to ‘gamificate’ vaccins for children. Why not distribute as much vaccins as possible, in stead of making it depend on the amount of rides completed? Sucks to be the kid that doesn’t get a shot because Fartdrafter2000 didn’t complete his ride..

It reminds me of all those cringey FB-posts with the “If I get 1000 likes, I will do this and that!”

Vitality aren’t a charity, they’ve partnered with UNICEF as it says. The way it will work is that UNICEF are providing the vaccines regardless but vitality will fund a portion based on number of rides carried out. It’s a two way thing, vitality get exposure and possibly revenue from people joining and UNICEF get a little help in funding the vaccines. The risk is always a little cynicism when business and charity meet, but you just have to focus on it being for a good cause. UNICEF won’t be preventing a vaccine from being used just because a ride didn’t… Read more »

What time are the rides?

I asked Zwift about this and they said it was an unlock error and will manually put the socks in peoples garages over the next day or so. Hope this helps and enjoy the kit (and when they land in your garage) and socks. Congrats on the ride completion as well.