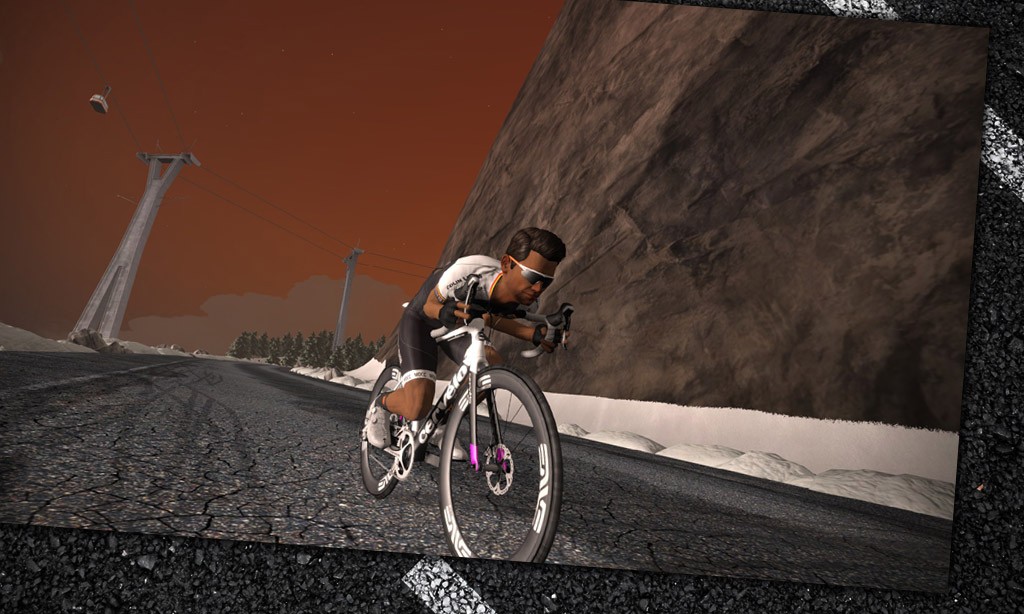 The supertuck has long been used by Zwifters as a way to grab a quick recovery on descents during hard efforts. Zwift’s update in early May included a modification to the supertuck algorithm which should make it more useful in races. Here are the details, with some insights from Zwift’s Jordan Rapp.

There are many physics tweaks Zwift has built into the game to improve our experience which Zwifters don’t even notice consciously. One of those things is Zwift applying a slight braking force when going downhill. Why? Well, one reason is: we don’t have brakes! In a situation where you are riding with a group and you go off the front, then want to rejoin the group, the slight braking force allows you to soft-pedal and be caught by the group behind you who is pedaling harder or supertucking.

Prior to May’s update, supertucking seemed to improve your aerodynamics because it removed that slight braking force. As Jordan puts it:

In the supertuck, your aerodynamics weren’t actually improved, they just weren’t penalized so it seemed faster as a result.

Today, the supertuck continues to function as described above for all rides except races. In races, the following changes have been made:

And, yes, it can be stacked, so supertuck+aero power up will be REALLY slippery.

The changes only apply to races and not group rides or free-riding because, Jordan says,

… Zwift remains, fundamentally, a way to get a great workout indoors and in a short period of time. We didn’t want to disincentivize people to pedal on the trainer. Just sitting on a trainer not pedaling feels pretty weird (and isn’t super comfortable), so we didn’t want to make people feel like doing that was the fastest way to get down a hill.

Of course, in races it is totally normal to sit in and rest on descents, so it makes sense to treat races differently. These changes should help make race descents a bit more variable and tactical, which sounds like a good thing to us. Ride on!