How to Unlock the Zwift Mountain Bike 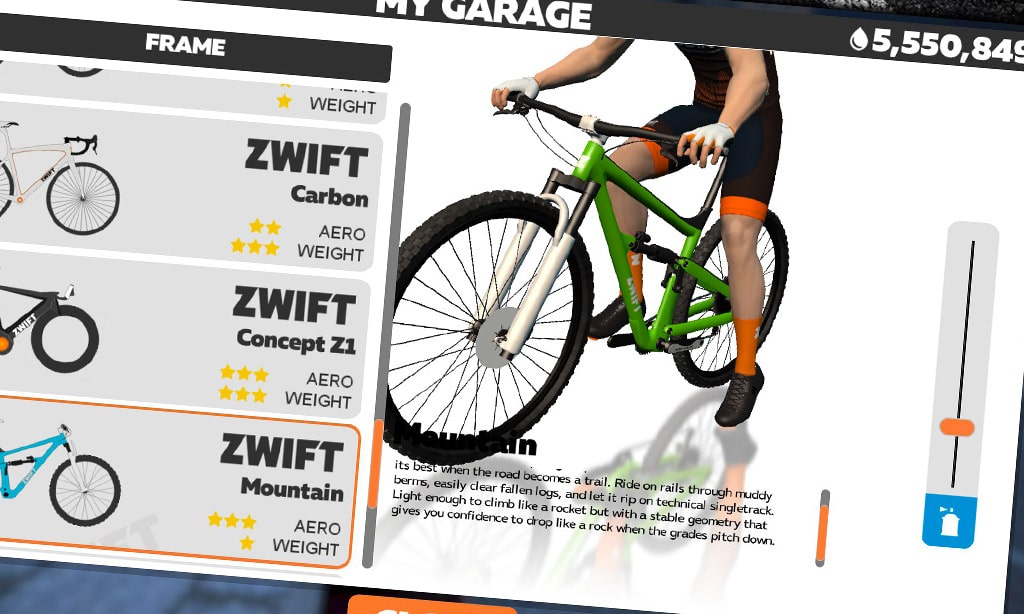 UPDATE: with Zwift’s December 6th update, all Zwifters now have the Zwift Mountain Bike in their garage. You don’t have to perform well on Repack Ridge to unlock it.

Zwift launched its new mountain bike course two weeks ago (here’s how to find it) and with it the opportunity to unlock the first-ever Zwift mountain bike frame and wheelset.

While this is surely only the first in-game mountain bike of many to come, and serious Zwifter should want it in their garage. So how do you unlock it?

You must ride the new Repack Ridge steering trail in order to unlock the mountain bike.

As you pedal (and steer!) your way over Repack Ridge, the game is tracking your performance in two ways:

There are 10 sections of the trail which include either blue arrows and red X’s, or a single blue line. Steer your way onto the blue, keep of the X’s, and you’ll get a full star for each section.

To unlock the Zwift mountain bike, you must complete the trail in under 12 minutes, 30 seconds AND get at least 9 out of 10 stars.

What Do You Unlock?

Hit your targets and you’ll unlock both the Zwift Mountain frame and wheels.

While they aren’t particularly fast on tarmac, they’re faster than any other bike available when it comes to riding the Jungle Circuit‘s dirt, thanks to Zwift’s new rolling resistance changes.

And the frame has a color slider, so you can customize the look a bit!

Have You Done It?

It took me three tries, mostly because I was messing around with my steering setup. What about you? Have you unlocked the mountain bike yet?

I’ve had 5 attempts and getting closer but I find the bike will suddenly veer left or right on straight sections without input from me. Very frustrating.

Hello ¡.
I wanted to ask if it is possible to do the TrailTrack in the opposite direction, or only one way. I also assume that once finished if I return along the road to the junction I can take it again without having to complete the chosen route, is it possible?
Thank you !!!

You already have the bike! They gave it to everyone in the last big update…

Confirmed that the bike frame was already in my garage before routing the route. I was a little nervous about how the steering would work with my kicker climb but I was pleasantly surprised at how easily it tracked my intended direction and changes in real time. I did not have to make big wide swings with the bars to get results. This is also the first time I felt like the Climb was really earning its keep and it was a blast. Full range up and down while turning – AWESOME!

Are there any other hidden mountain bike trails in Zwift besides this (and other than the Jungle Loop)?

In your photo the bike has 3 stars Aero/ 1 star weight. In my garage they’re both 1 star. ?

Yes, Zwift updated the stars after this post was published.

which of this wheel control do you use to edit mtb track?