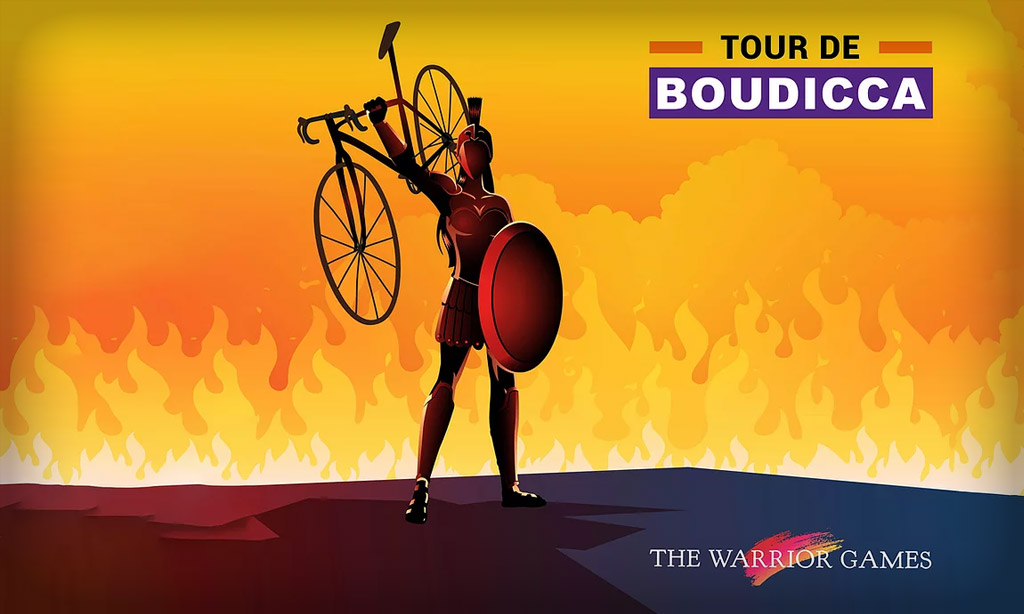 Don’t miss the Tour de Boudicca this weekend! This three-day Zwift stage race features teams of fierce women who will battle it out in a time trial, circuit race, and hilly queen stage.

Competitors must complete all three stages. They will be scored based on their cumulative time, both as individuals and as teams, within their category.

In stages two and three, racers won’t just be trying to cross the finish line first. They’ll be racing for bonus seconds at the sprint and QOM banners. Bonus seconds will awarded for the top 10 riders to reach the finish, too.

This stage race is part of The Warrior Games, a racing series that includes the Tour de Boudicca for women and the Tour de Spartacus for men. According to TWG:

“Boudicca was the Queen of the Iceni who led a revolt against Roman rule in ancient Britain around AD 60-61. A warrior queen, she was a true inspiration to women and a hero to her people. She might have failed in her quest but she gave it everything she had. The Warrior Games has created a three day stage race in her honour open to all female Zwifting warriors.”

Find out more about The Warrior Games >