The Triumphant Return to Watopia… or Something Like That 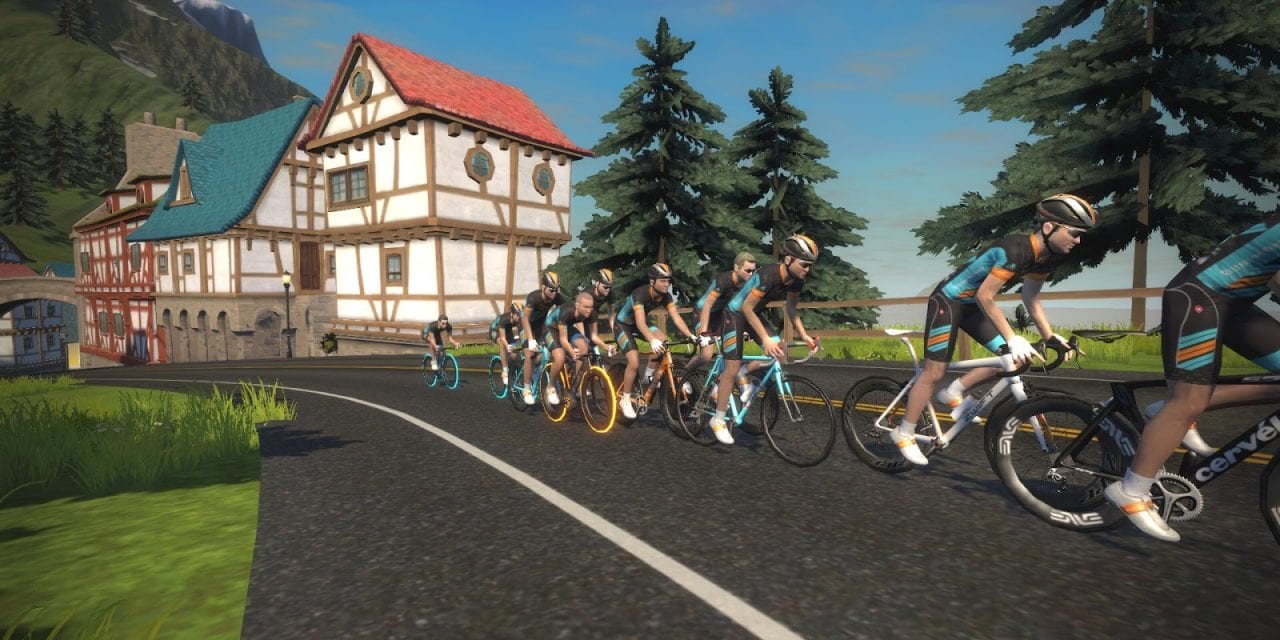 “It’s been a while, I know. It’s not that I don’t love you anymore. It’s just that you’ve been so distant. Really, there has been something missing over the last few months that have prevented us from being together. I promise that things are different now. We won’t be apart again for a while.”

No, that is not a conversation that I had with my wife due to high training volume and work requirements. That was the conversation I had with Zwift a few weeks ago. Yes folks, I’m back connected to the real world of riding in a virtual world again. For those that followed my journey through the International Triathlon Union Long Course World Championships, I didn’t hang it up after the race. I simply had to finish my move, which meant waiting for my stuff to arrive. Anyway, we’ll get there in a moment.

About two months ago, I finished the nearly eight-month slog of training for ITU LC Worlds and took some time to enjoy being in Denmark after the race. Returning back to the US, though, wasn’t like returning home. You see, the wife and I packed up our things on 30 May in Santo Domingo, Dominican Republic, and shipped them back to the US. In early June we flew to the Washington, DC, area to find a house and drop our huge amount of luggage before heading off to Quebec City, Canada, for a couple of weeks for language training. A week after we returned to DC, we took off for Denmark, finally getting back to our “home” in late July. Fortunately, I will be attending school for a year, so the work demands will be less, in theory, as I only have to concentrate on my studies. Class started about a week after we returned, and I had planned our shipment so that it would arrive before I started class. Actually, I had a very elaborate plan to finish off my season.

My ambitious plan had me racing a sprint tri in late August, the Nations Escape Olympic distance tri in early September, the Army Ten Miler in early October, and a cyclocross series from mid-September through November. Additionally, school has some intramural sports, so I planned to run the 5K, play soccer, and play softball this fall. Oh yeah, I also had to do my course work. A packed schedule? Yes, but doable.

Like all good plans, it did not survive first contact. Our household goods did not arrive in early to mid-July as planned. The shipment did not arrive in early August, either. Nope. It got here in late August, so my poor wife had to deal with putting everything away while I was in class. Our car, which was originally scheduled to arrive in late July showed up in early September, which meant that I had no way to get to the first race on my list, the sprint tri. Had the car arrived on time, though, it wouldn’t have mattered. No, I learned a lesson about aging… the hard way.

A Lesson on Aging

On day one of soccer practice, we went through a little warm-up routine. Nothing big. Just some light stretching and movement. I felt pretty warm already, as I had just biked in the nine miles from home. Apparently, riding a bicycle, even at a moderate effort, doesn’t get the legs ready for kicking a ball. Five minutes into passing the ball back and forth, I tried to return a pass on a volley, rotating my hip up to the right to contact the bouncing ball. Right away, I felt a pop, and pain radiated down my right leg. I valiantly tried to jog it off, but it was to no avail. Race number two was now off of the calendar. That afternoon, I limped home on my bike. It was the most painful and torturous nine miles I have ever ridden. The wife immediately put me on the couch for the weekend, alternating between ice and stints in my Air Relax recovery boots. Every time I got off the couch, I got scolded.

Three weeks later, I am finally back to running after being diagnosed with a strained right hip flexor. Grr! Not what I wanted. I had to take some time off from hard efforts on the bike, but I had to keep riding to and from work, as our car had still not arrived. Ok, I could have taken the metro or bummed a ride, but I’m stubborn. I’m now getting back to training, except for swimming. It turns out that kicking and doing flip turns really draws on the hip flexor. Who knew?! Apparently, I did not, but I learned that lesson… a couple of times now. So, I’m giving it through the end of the month before picking that back up in preparation for next season.

So, now that I have droned on about my last few weeks, where does that leave us? Well, my pain cave/Zwift station is fully set up now, which means the ODZ SkillZ and DrillZ Rides are back on the calendar. Woo hoo! I know that everyone has been jonesing for those. I will do a wrap-up Zwift Insider post each week summarizing what we cover, not unlike a CliffsNotes version of the class. Now that I am back to training, I’ll also review some of the different races out there in the Zwift community. The good thing about being in class is that my schedule has a fair amount of flexibility for when I can be on Zwift. Thus, I will get to try out some of the races that I normally wouldn’t be able to do because they fall in the middle of the day. And, of course, I will cover some aspects of my tri training and how I go about it using platforms like Zwift. Of note, this year will be a little different. We had to get rid of our treadmill because it wouldn’t fit in our tiny little townhouse, so most of my running will be outside. However, my gym does have wifi, so I will bring my iPad and get some Zwift running in once the weather starts to turn cold.

That’s going to be it from me for this post. Look for more to follow in the coming weeks. You can also always find me on Instagram @evil_elf_racing and the SkillZ and DrillZ Ride is on Facebook on the Zwift Live by TeamODZ channel as well as the Evil Elf Racing, TeamODZ, and Endurance Lab YouTube channels.