The Strava Smackdown Series p/b Zwift Insider is a new weekly competition where riders compete for fastest time on a specific Zwift segment, winning nothing more than bragging rights. (We’ll probably have some prizes in future rounds.) It’s a way to inject a little competition into your Zwift sessions, without taking on an entire race or committing to a particular group ride time.

This week’s competition is on the Hilly KOM Forward segment. It’s a short climb, so hit it hard! You can see all future segment details on the league homepage.

We will announce the men’s and women’s top 3 podium here on Zwift Insider at the end of each week’s competition.

Entry is easy–the ride is the hard part!

Then ride the Hilly KOM forward segment and upload your ride to Strava. (Hint: the easiest way to ride that segment is to choose the “Hilly” route on Watopia. The Figure 8 route will get you there as well.)

Your segment time will be automatically shown on Strava Leagues after you save a Zwift session containing the Hilly KOM Forward segment to Strava. You’ll know exactly where you stand, so you can make another attempt if needed!

Good luck everyone! Ride on! 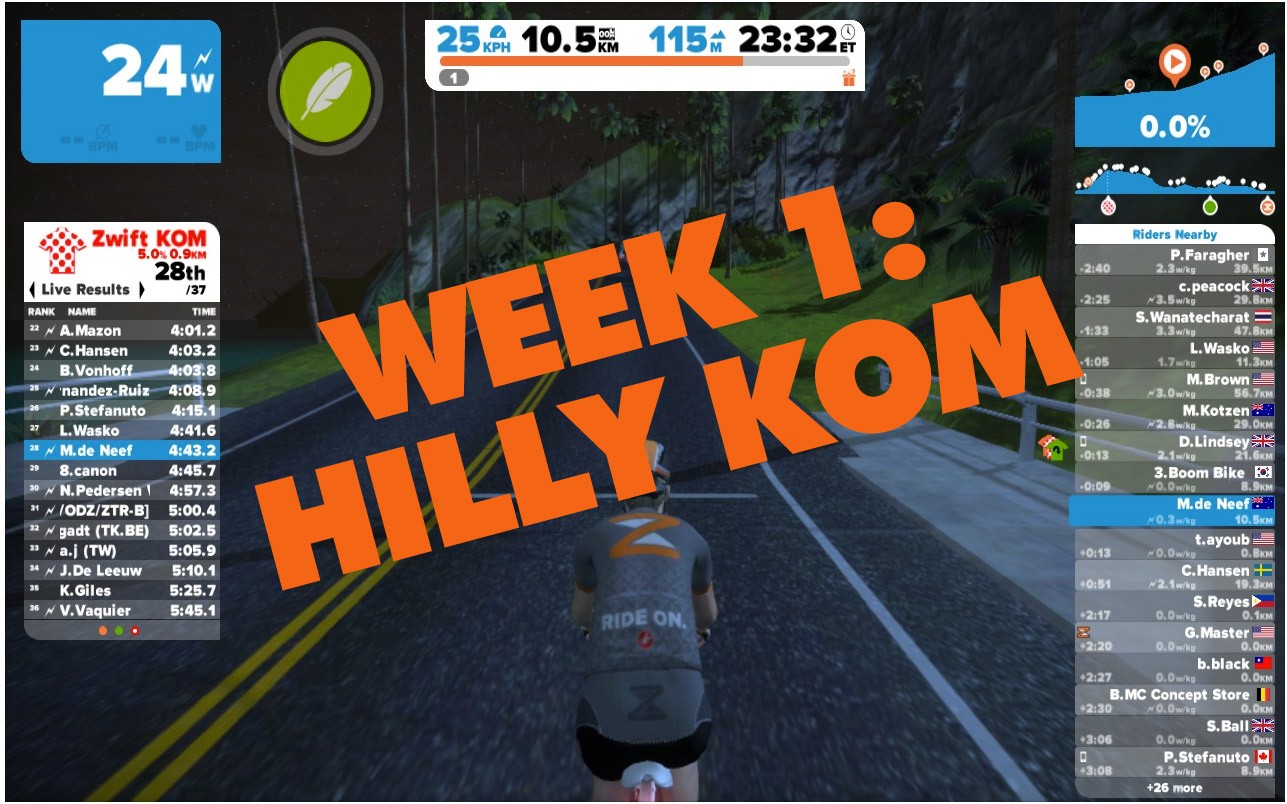