The Significance of Sub-2

In early June 2021, a dormant goal for the Zwift community came to the forefront as the KISS AT Base group ride chatted away one morning. The group contemplated attempting the elusive sub-2 hour 100km.

No group had seriously attempted the effort since ZHR in December of 2019, when their Audax group ride took a crack at the challenge. ZHR was also the first, attempting the sub-2 one month earlier in November 2019.

The desire to tackle this effort came shortly after the Fuego Flats expansion of Watopia was released. The key route, Tempus Fugit, is well-suited for the high-speed effort due to its pancake-flat profile. Each lap boasts a massive 4m (14ft) “climb” with maximum gradients of 2%, which riders face twice as they navigate the out-and-back course.

Knowing the task ahead was challenging, the KISS organizers planned to commandeer their staple Sunday race, KISS Americas 100, which is frequented by some of the strongest Zwift racers and would surely gather a large group. The day came (June 20, 2021) and the group set out at a torrential pace with nearly 200 riders braving the start.

After an hour, the group was on pace, having covered more than 50 kilometers! But while the pace was on target, the group had weathered some damage as riders dropped off from the attritional pace. As the clock ticked on, the pace of the bunch fell as more riders dropped out, unable to keep up the pace. In the end, the group crossed the 2-hour mark at 97.2km, an average speed of 48.6kph (30.2mph), and crossed the 100km mark at 2:03:29. See the results of this attempt >

Unable to take part in the June KISS attempt, but paying close attention, Saris + The Pro’s Closet’s (STPC) Mike Egan and Matt Gardiner, who also frequent the KISS AT Base weekday rides, knew the challenge was something they needed to turn their attention to. Mike volunteered the team for the challenge in a Strava comments section, setting the date for July 4th.

“Matt and I are kindred spirits, and I knew that in suggesting this he would jump on it quickly. We had our first follower, and once Gavin Dempster quickly threw up his hand to join, we had a movement and our attempt was born,” recounts Mike Egan.

The team has always had a Sunday morning race slot called the STPC Gravel Grinder, which they took over under the new name STPC SUB-2 100km. They immediately got to work, advertising the attempt through social media and setting up a Discord server for those interested in joining. As the day neared, they worried about the number of riders needed, with only 60-some brave souls registered with 24 hours until the start. However, in that rider list were some of the strongest TTT teams, Premier Division racers, and even the CEO of Zwift himself, Eric Min.

The plan was simple: start fast and don’t slow down. Getting there was not quite as simple. The effort would require a large group, coordinated efforts, and some serious grit if the pack became too small. Having seen that the Audax and KISS attempts had gone through the hour ahead of pace but faded in the final hour, the team planned to save a handful of racers reserved for the second hour. Notably, Gavin Dempster and Matt Gardiner volunteered for that task.

Mike Egan explains it best: “My biggest concern was taking care of business in the first half without demoralizing or burning out the group. We took two calculated risks: we had Matt Brandt go all-in in that first hour, which was absolutely necessary, and saved Matt Gardiner and Gavin Dempster for the second hour. They would be the injection of pace we needed to take us home.” This was a pivotal calculation since the group would desperately need riders willing to push hard in the final hour after riding the first hour in the pack.

Egan continued, “Matt Yankow from KISS gave us a much-needed hard-man effort for the opening 30 minutes, and we sprinkled other members of our team in along with the other strong community teams who showed up. That gave us a chance. We caught another break when Jeffrey Kriel joined the ride. He helps lead the fastest weekly chase race called The CHOP, which is not all that different from our effort. All that was left to do was execute.”

The group set out a bit eager and full of energy, riding at 52kph for the opening 10 kilometers. On Discord, Joy Murphy, creator of the Zwift Activity Monitor, and Pete Butler from DIRT watched the group and gave average speed updates, alerting the group of any gaps, and motivating the riders. Showing just how determined the community was to take on the challenge, the group featured riders from DIRT, Cryo-Gen, AERO, AHDR, Relentless, Fusion, Wahoo Le Col, +Restart, [DRAFT] and more.

“Knowing my role was to hide for the first hour, I tried to distract myself by keeping my eyes on the group and communicating with Pete and Joy on Discord,” said Matt Gardiner. “Hiding was not as easy as I had hoped. I rolled through the 30-minute mark at an average of 320W.” The pace-setters “attacked” off the front at 450W continuously as the group flew through the desert. At the front, the accordion effect is dizzying, but from the middle of the peloton to the tail, a steady effort is possible as the group rides along.

Rolling through the hour at 51kph was a massive confidence booster. The group had executed the first half exactly to plan, there were still 46 riders together, and only 49 kilometers laid ahead. Gardiner and Dempster traded pulls at the front with Hywel Davies of Wahoo Le Col. Falling back into the safety of the draft when overtaken by the next rider to pull. Kriel updated the group on the average pace regularly, “50.8” he would say as the group hit 75 kilometers.

“While I anticipated the second hour requiring a much higher average power, the group’s size allowed me to surge to the front, take a pull, and fully recover as I dropped to the back to sit in until my next pull. My average power stayed consistent with hour one,” said Gardiner, recounting the wattage requirement of the effort. At 68kg, his 315W through 75 kilometers worked out to an average of 4.6w/kg.

With only 10 kilometers to go, the group only needed to average 45kph to hit 100km in 2 hours, and with 30 riders still in the group it would take a complete event crash or global Internet failure for the attempt to fail. “Pretend we’re not going to make it,” Gardiner wrote over Zwift’s Companion app, sending the message to the remaining riders’ screens as the ride’s leader. If the group is to go for the fastest ever 100km, there was no sense in slowing down until after the finish line.

The remaining STPC racers Dempster, Cuming, Egan, Gardiner, and Curbeau were all-in, pushing the pace on the front in the final kilometers, flanked by the remaining community teams. As the group hit 1km to go, a full-on sprint for the “win” opened up and the peloton strung out as the pace increased.

On Zwift, no matter what, every ride is a race.

The first rider, Naofumi Nozaki of AHDR, crossed the finish line in 1:59:14.9. The group had done it! 190 had started 2 hours before, and just 25 riders rolled through the finish before the timer reached 2 hours.

Egan, who was the ride’s official sweeper, hints at what’s to come: “It’s been said that to accomplish great things, we must not only act, but also dream; not only plan, but also believe. The STPC Sub-2 personified this belief, and I’m proud of our team and community for making it happen. And we didn’t take too long to bask in the glow of what we were able to do, we’re already planning the next challenge.”

Check out the final results from the event over on ZwiftPower > 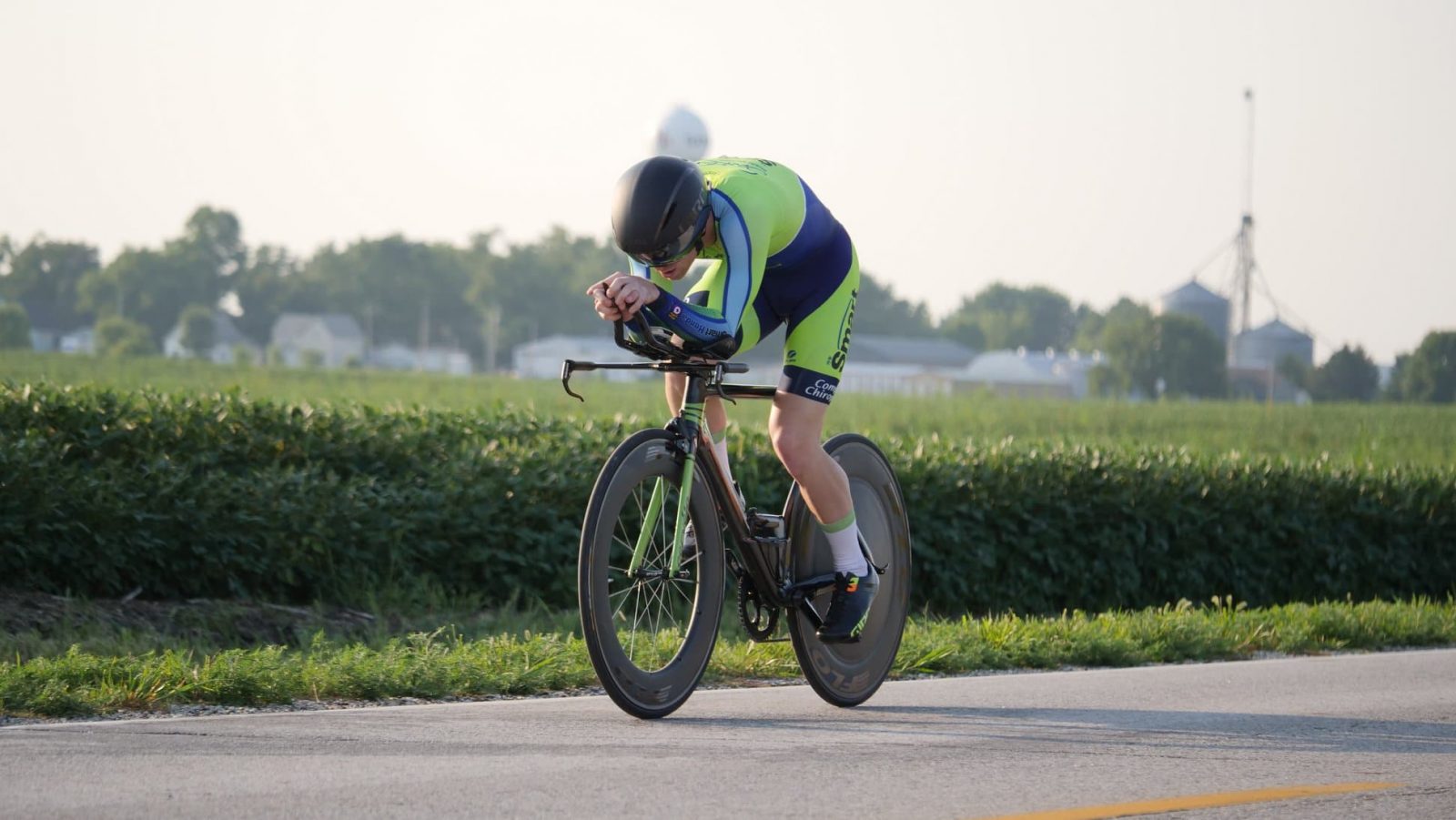 Matt Gardiner
Matt is an Indoor Specialist (full-time Zwifter) who dabbles in time trialing outdoors. When he isn’t on the bike, he’s crunching numbers as a full-time CPA and spending time with his wife Kathleen. Learn more about Matt >

It was great to be a part of this achievement, thank you to everyone that did thier part including my teammates @ToyotaCRYORDT 😁

Exciting article to read! Here’s the link to the software Joy used to monitor the ride.

That Joy Murphy has some coding skills!!! Love that ZAM.

Thanks Pete! It’s my JU education.

Great event guys, I was hoping to help where I could, but could only struggle along in the pack. Coming so close to finishing with the pack, but was very happy to even last as long as I did! My stream is here if anyone is interested in seeing this ride from mid pack lol. https://youtu.be/guISzMHph4o

You can see Yankow suffer for the first half hour here: https://youtu.be/lrwqkYBbxDM

This was was a good event I promoted it on my weekend round up for my ZI article but I did not see any other promotional material about it and saw the event by chance. I only lasted 15 minutes in the front group as the pace at the start was too frantic and felt that perhaps it would have been better to build into it. I was in the red from the start and it caused damage to a lot of riders. I would like to think that this will be run again and this if a training program… Read more »