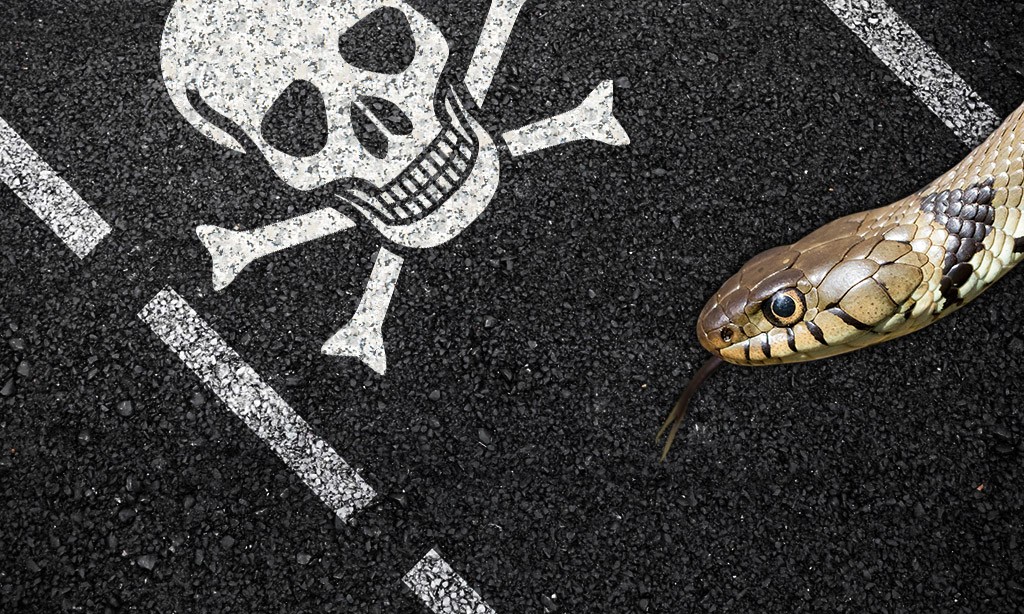 “The Snake” covers most of the roads in Watopia proper in both directions, which means you’ll hit 5 timed KOMs and 3 timed sprints. It’s a true “Out and Back” route, and we call it the snake because it looks like this:

The reward for your rebel ride? Exploring a new route, knowing you’ve gone where few Zwifters have gone before. And a Strava segment rank in the tens or hundreds instead of the thousands!

This longer route winds through the less mountainous portions of Watopia then doubles back and retraces itself in reverse.

We begin in the desert, riding over Fuego Flats before turning into Titans Grove for the forward KOM. Then make your way down to Ocean Boulevard and over to the reverse Hilly KOM for our second timed climb.

Next we travel through downtown Watopia, hit the Esses and the reverse sprint, and make our way across the land bridge to the volcano. This is the largest climb of our route. Make it to the top, take a look around–you’re at the head of the snake, halfway through the ride. Now it’s time to retrace your path!

Ride the land bridge to the Italian Villas, hit the forward sprint, then fly through downtown Watopia and up the forward Hilly KOM. Make your way down to the Fishing Village and into the Ocean Boulevard tube, then hang a right as you come out of it to head back to the desert.

But before we reach the desert proper we’ve got to turn into Titans Grove and have a go at the reverse KOM. Then it’s back through the desert, finishing at the desert rock arch. Well done!

Even though you will ride over 5 timed KOMs, this route is actually quite flat with only 661 meters of elevation over 77.4km. The Volcano KOM halfway through is the largest climb. Since this is a true out and back route, you can see the profile mirrors itself.

Start by choosing the Tempus Fugit route, or any route that puts you near the desert start pens. The route begins at the desert sprint arch.

Here are the turns you’ll need to make to successfully complete The Snake. Start by choosing the Tempus Fugit route, or any route that puts you near the desert start pens. The route begins at the desert sprint arch.

I liked the route 🙂

It would be desirable to include this route in https://zwiftinsider.com/rebel-routes/

The turn by turn instructions need updating. After 11 there is a second Right Straight Volcano KOM needed. And after 22 (which will be 23) a Left Straight Jagged Peak (or something like that) is required as there is now an mtb option on the right.

I think there are quite a few changes here, I was frantically scribbling as I rode and this is my best effort at all the turns (with what the other option is, and whether they are manual turns for the vast majority, although I might not have got all the manual turns noted). New/different turns are added in with *** Straight (Right) to Epic KOM Right to Titans Grove Left to Ocean Blvd [Manual] Left to Ocean Blvd [Manual] Straight to Italian Villas Straight (Right) to Italian Villas [Left to Jungle/Epic KOM] Right to 360 Bridge [Left to Italian Villas]… Read more »