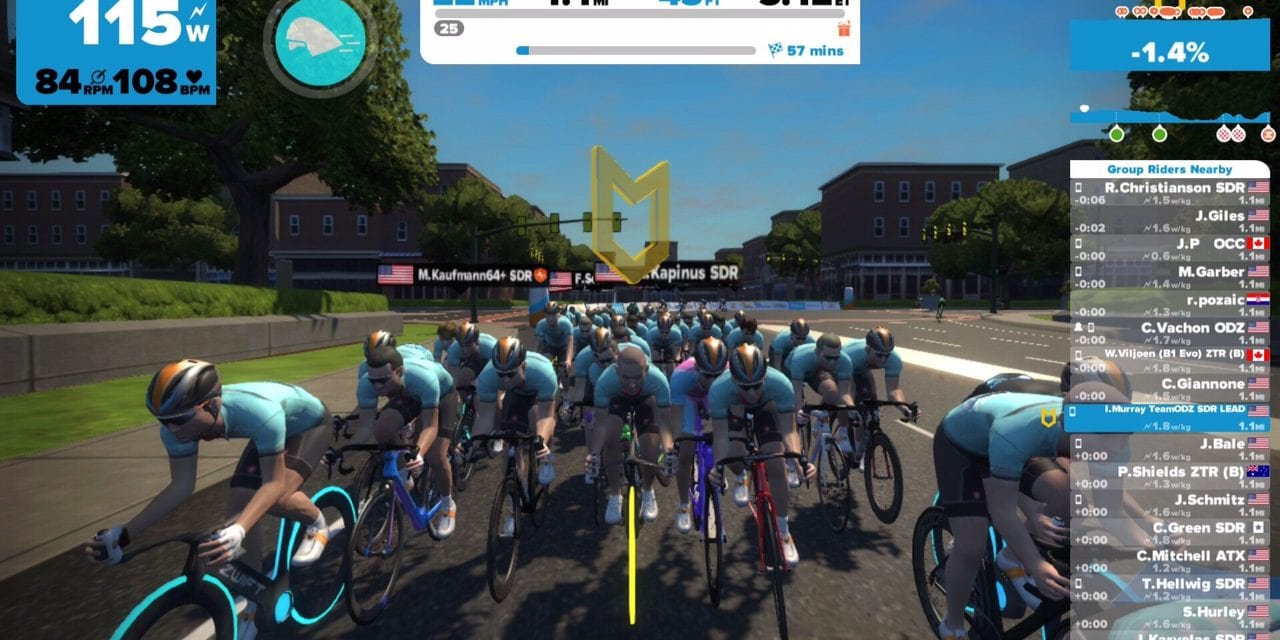 Another big group this week, as we jumped back into the subject of working efficiently as a group.  Today’s focus was how to efficiently chase down a small break, expending as little energy as possible.

We were able to show that with just a little extra effort and a lot of control, the big group could easily bring back a rider who had a 30-second advantage.  Some punishments were doled out when the group violated the parameters of the drills, but we’ll get to that later.

Here’s a replay of the ride:

First, like usual we got in a good warm-up while practicing to work in a group.  I cannot stress how important of a skill this is, which is why we start with it every week.  The ability to “feel” where you are in the group is really about controlling your position to be able to respond to changes within the dynamics of the group.  When working with teammates in a group, the ability to maintain your position can allow you to control the pace and the tactics of the race.  If you are unsure of what I mean regarding positioning, I encourage you to take a look at the video of the Magnus Monday race from 16 January.  TeamODZ had numbers in the break and set about to control the front of the race.  Because of the numerical advantage, TeamODZ  members were able to move to the front to control the pace and chase any rider attempting to escape, and others were able to drift to the back, following wheels to recover.  This sharing of the workload allowed the team leader to spend the first two-thirds of the race as protected as possible, saving precious energy to win the race on a sprint finish. 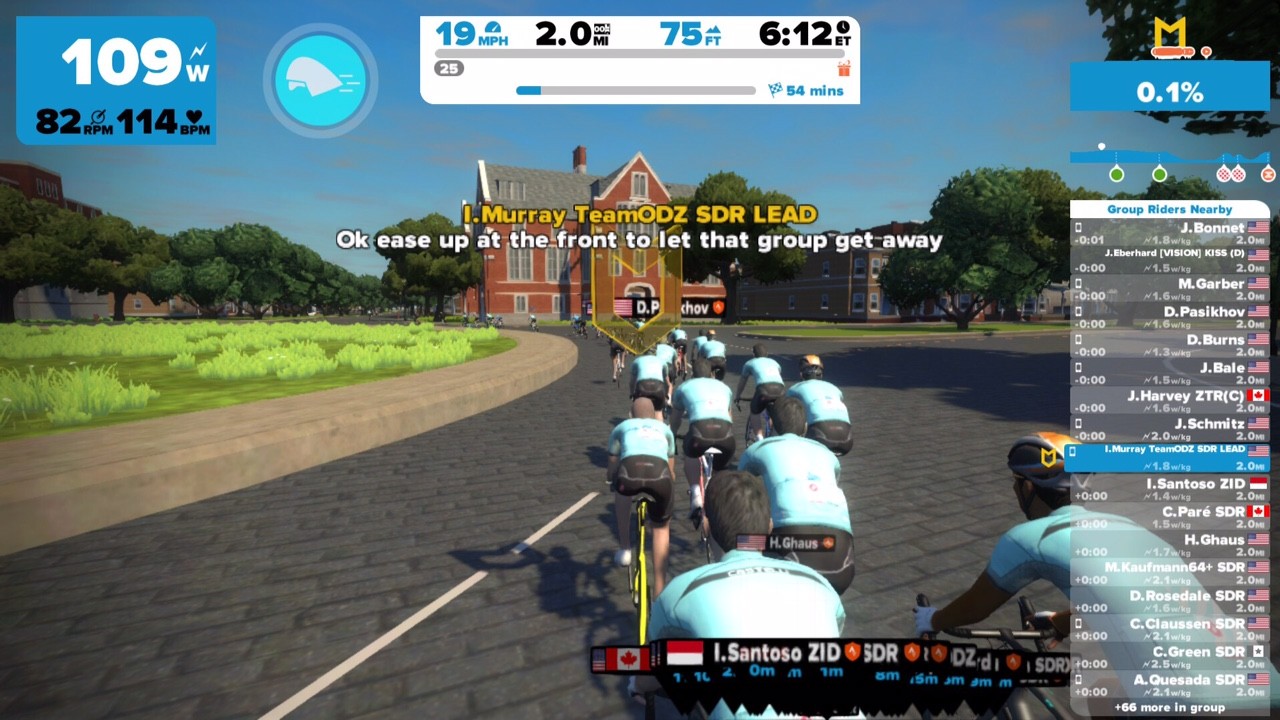 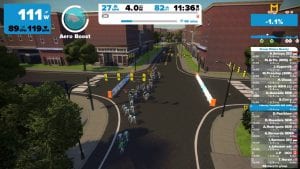 After the warm-up, we immediately got down to business.  Like I said at the beginning, today was about controlled chasing of a small break.  By small, I mean I sent one rider up the road.  The ever faithful Chris V. went up the road on a moderate-hard attack for 90 seconds then dropped back to a steady 2.0 for the chase.  I put a ceiling of 3.0 on the group, and we began working together to bring Chris back.  Those who were able to do so took turns working the front of the group to maintain the pace, and those who couldn’t stayed in the draft. Keeping the pace steady meant a much smoother ride with fewer significant changes of pace.  This allowed many of the riders with lower FTPs to be able to stay with the group, even at efforts greater than the riders could normally sustain on their own.

On iteration number two, the front of the group had a little more trouble controlling the output, so we had to put some punishment out there when the group exceeded the maximums for more than a few seconds.   During the third run, the attacker went off the front and settled in, just as during previous iterations.  However, every time the group violated the ceilings, I had the attacker launch a 15-second full-out attack.  By the third attack, the will to violate the w/kg ceiling had gone out of the bunch.  We chased down the attack in no time with a nice steady effort, largely keeping the group intact. 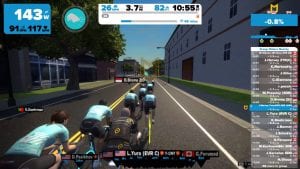 After a few more iterations, I moved to the front to play the surging game.  In the surging game, all riders had to stay behind me and try to stay on my wheel.  Meanwhile, I set about moving the pace from 2.0-3.0 w/kg in a completely random manner.  Any rider who passed me had to stop pedaling, go to the back, and work their way back up to my wheel.  Most riders found that period of time fluctuating back and forth to be much more difficult than the harder, steady efforts that we had been doing.  This drill was simply to show everyone that keeping things steady is a much more efficient way to operate. 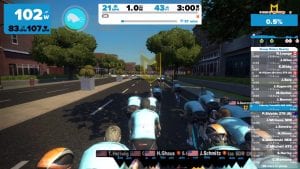 We closed off the ride with a couple short sprints, just so everyone could say that they got a decent workout.  As we went through our cool down, we conducted a brief wrap-up of the evening’s lesson.  First, hard but steady is way easier than constant surging over your limits in the long run.  By maintaining a steady tempo, riders have more opportunity to share the workload.  If the riders at the front are constantly jacking up the pace, there is little incentive for others to contribute to the chase.  If only 3 riders are willing to do the work, it doesn’t matter if the chase pack is 3 or 50.  It will still only have the strength of the 3 riders putting in the work.  On the contrary, a steady pace will likely invite contributions from other riders, even it is not tactically smart to do so.  The desire of most riders to stay near the front will inherently create space for the mistake of overshooting the leader now and again, meaning that there will be some contribution to pace setting.

Remember the theme that we have been hammering for the last few weeks.  Riding smarter will give you many more opportunities to finish with the group or even compete for the win.  Being efficient is a key component to being a smart rider.  Keep practicing these skills when riding in groups or races, and until next time, Ride On! 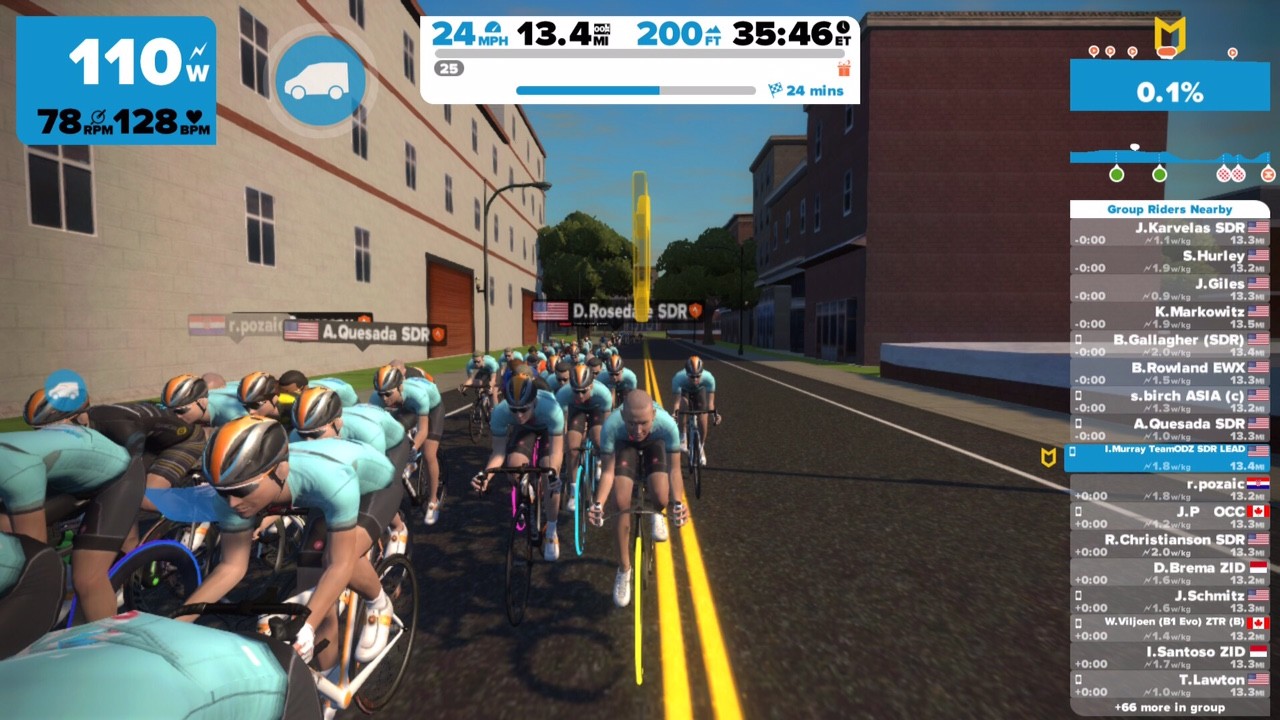