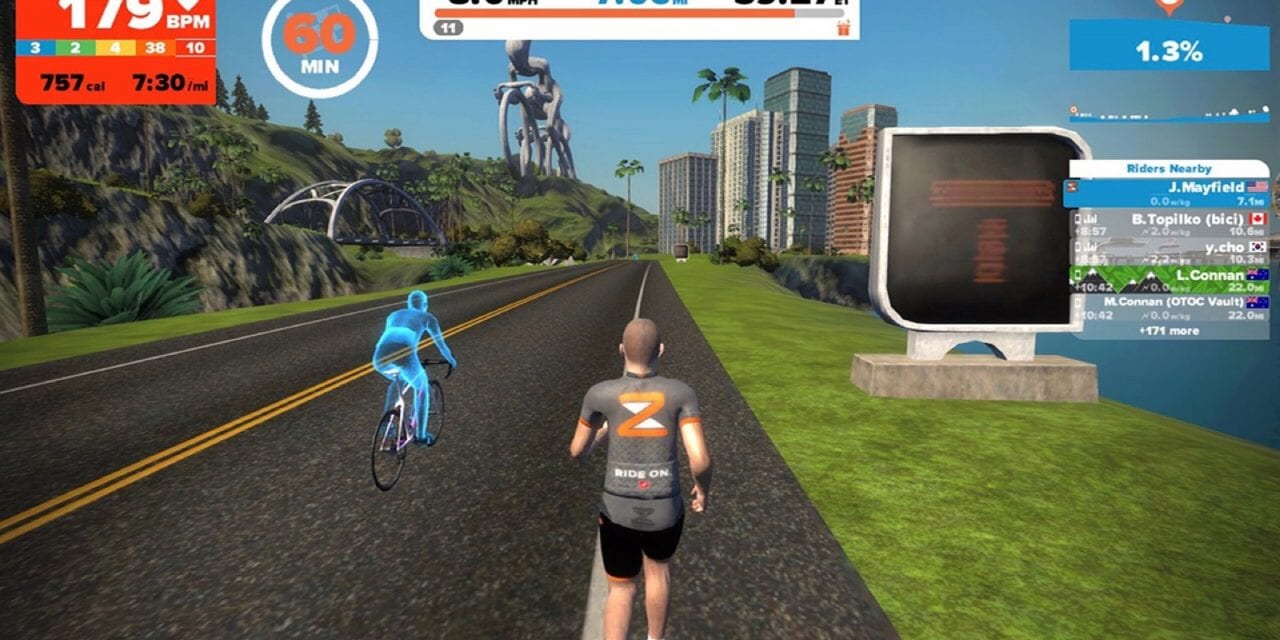 Zwift creator and lead developer Jon Mayfield has been spotted in-game and on Strava beta-testing running on Zwift. Here’s a virtual half marathon he posted on August 7th > 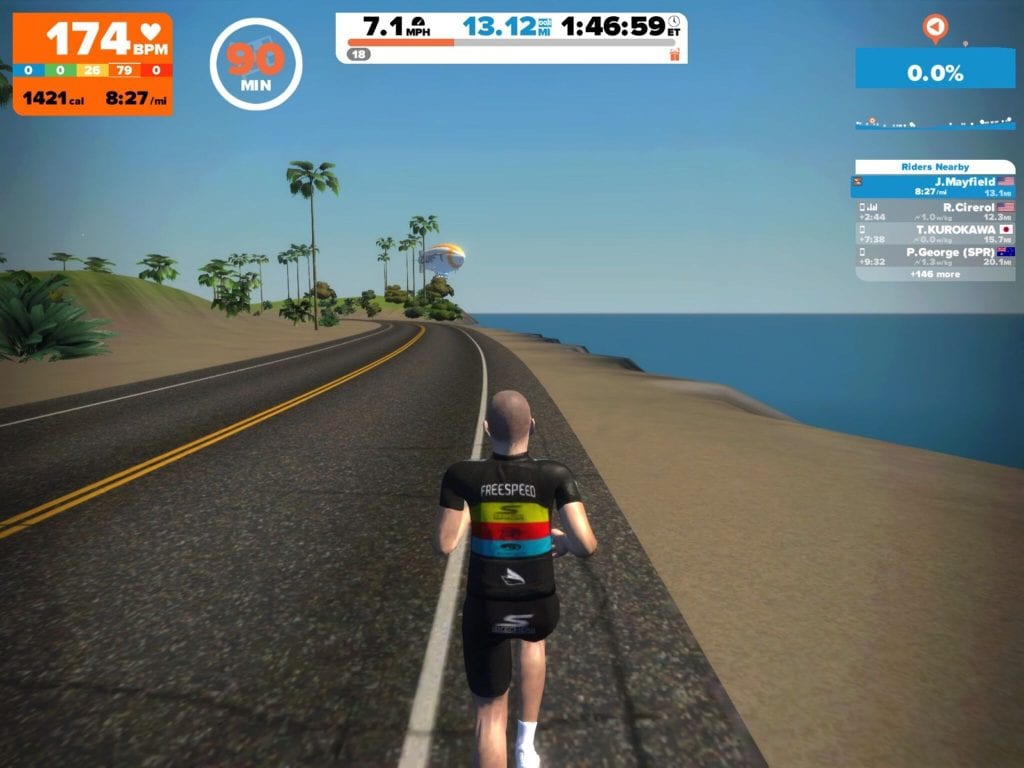 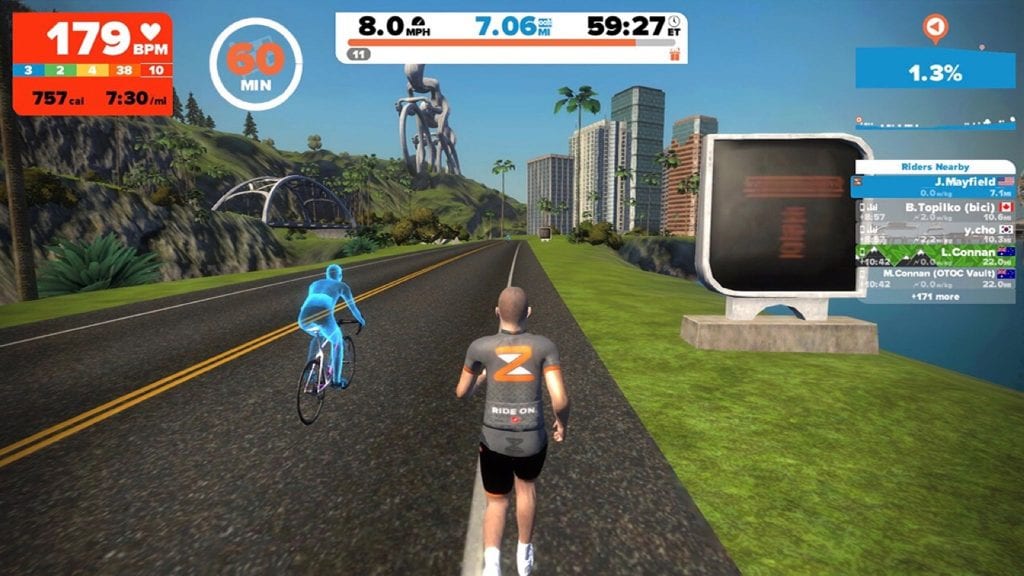 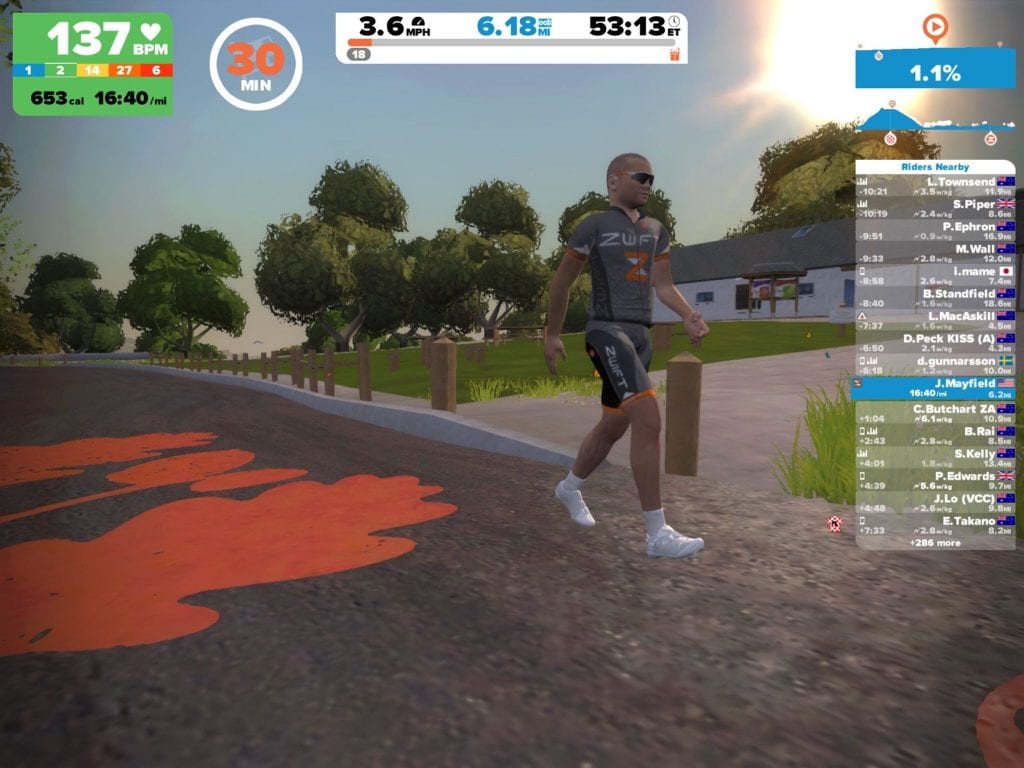 Jon has experimented with running on Zwift since its early days, but it appears that Zwift may be looking to make running an official part of the game soon now that avatars and the game display have been modified for running (see screenshots above).

A treadmill broadcasting power or a foot pod should be enough to let runners on a treadmill easily begin using Zwift, so the barrier to entry for runners will be quite low. And while (like cycling) Zwift won’t replicate the true feel of running outdoors, it will certainly be a vast improvement of the typical treadmill workout. It will also open up opportunities for group runs and races.