How the Race was Won: Virtual Joe Martin Stage Race 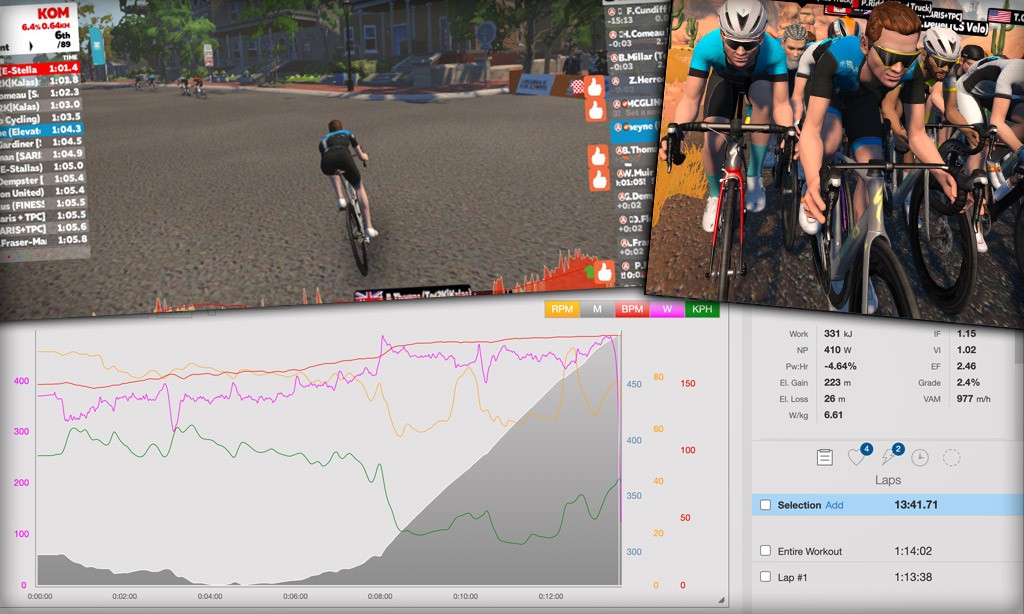 In bike racing, ideal doesn’t happen very often. You can do the ideal training, build your best fitness, then make a bad call and waste the form on race day. Other days you can race your bike perfectly, get all the tactics and pacing right but not have the legs you had hoped for.

And even when your head and your mind are right, bad luck can strike at any moment with crashes (computer or bicycle), illness, and injury always lurking in the background as unfortunate possibilities.

Sometimes though, just once in a while, it all comes together for an ideal race weekend. I got to have one of those in last weekend’s virtual Joe Martin Stage Race (JMSR).

The race began with its most decisive stage, the grueling 8km Bologna TT course featuring a 2km, 10% wall to the finish line. We all knew the race would be shaped by this effort just as it is by the Devil’s Den uphill TT in the real life Joe Martin.

Usually, I am pretty good at uphill time trials, especially coming in fresh on the first stage of a race. I won the San Dimas TT in 2018 and way back in 2014 I had a breakout result with 2nd in the JMSR TT. This gave me some confidence going into the virtual version and I prepared like I was going to win.

I used Zwift Insider speed test data and Best Bike Split to put together my pacing plan and rode the course as often as I could in the week leading up to the race. I even perfected the art of the Zwift bike change so I could switch to a light road bike for the finishing climb – until the race organizer made the change to a mass start TT bike only event!

With my research, I knew that I would have to hold back an almost painful amount in the first half of the race since all the time was to be made on the finishing climb. I did a maximum effort test the Monday of the race and realized I needed to hold back even more than I thought when I blew to pieces before the end. This learning process paid off in a big way on race day.

The pack shot off the line as everyone established their TT pace and jostled for position in the absence of any drafting. I was immediately back in 70th place on the road and I could see the contenders forging clear off the front on the broadcast. Fighting off pangs of panic, I stuck to my sub-threshold pace on the flats.

By the time the road started to tilt upwards with 3km to go I was still back in 50th or so but my legs felt full of power. I hit the climb proper and started my maximum 5-6 minute effort. I started picking off riders and progressing rapidly even in the slow-motion action on the 12-16% grades. With 1km to go, I was 5th but finally able to see the leaders ahead and I stayed on my pace.

As the gradient eased on the final ramps I emptied the tank and I was closing fast on Dan Fleeman of the mighty Saris-The Pros Closet team for 2nd. I never saw my avatar pass his since my eyes were closed under the strain in the final 200m but it happened. I looked up and saw I had finished 2nd overall, just 3 seconds back from winner Mikey Mottram of the Vitus team and 1 second ahead of Fleeman. I couldn’t have done it any better, so it felt almost as good as a win.

The second stage, a 4-lap effort on the Sand and Sequoias loop, was a blur. I woke up restless at 4:30 am and felt fuzzy in the race despite many caffeinated Clif Blocks consumed (thanks for the shipment Clif!).

About halfway through, I heard that the overnight leader Mottram never started the stage due to tech issues and I was now yellow on the road. Our team had our own similar misfortune, losing powerhouse Adam Roberge to a connection problem. So it was just 19-year-old Lucas and me holding down the fort for the rest of the race and preserving my single second lead.

We came through just fine and Lucas pulled off a stellar top-25 ride despite helping me along the way.

This is where ideal could have become disaster in the blink of an eye. One bad tactical decision, tired legs, or a moment of inattention could have cost me my lead on the punchy Richmond course.

The Saris-TPC team brought the pain from start to finish, trying to dislodge me with an impressive concerted effort. First, they capitalized on the frenzied first lap up the Richmond climbs. After the field split they drove the pace to make sure none of my teammates made it back to the select front group of 30. In the following laps, especially the final one they used their multiple riders in the top 10 on GC to attack and try to force me to chase alone. I could usually recognize the attacks quickly though, latch on and neutralize the damage. We were all together as the group screamed downhill towards the three climbs to the finish.

From there it was just three all-out efforts for me. Fleeman launched a searing attack in the final kilometer and momentarily opened up the 1-second gap he needed. I wavered slightly but then looked up to the finish line 500m ahead and decided to give it everything from long range. I broke free to battle for 7th on the stage in a very tired sprint and I knew it was enough. I yelled into our team Discord channel and the relief was real.

I finally did it. I finally won one for the team even if it happened in the living room and not surrounded by a cheering crowd.

As much as my success in the virtual Tour of Gila was huge for my confidence coming back from injury, this win means even more. I’ve struggled at times to close the deal in stage races and step up to the plate when my competitors throw their best stuff at me. I wanted that to be different this year and this time it was.

I hope to take that momentum forward both on the road and online and have a few more ideal weekends in my career.

Jordan is a fourth-year professional cyclist with the Continental team Elevate-Webiplex. After a tough winter of training on the roads of Watopia he had a breakthrough year in 2017 reaching the final podium in the San Dimas Stage Race and the UCI Tour de Beauce. He lives in Kelowna, British Columbia, and has been racing bikes and writing about it for the last five years. He also helps cyclists and triathletes take their racing to the next level at Peak Form Coaching. Follow his adventures on Twitter, Strava, and Pro Cycling Stats.

Congrats on the W, and nice write-up. I’m glad you were able to support your sponsors on the bike.

Thanks Carlo, us Ontario kids learned how to crush the trainer early on in life, at least its good for something now 🙂

Really nice write up. Congratulations on your win!

Congrats Jordan! Watching you cover everything Saris threw at you during Stage 3 was awe-inspiring. You’re a machine!

So proud of all your accomplishments and very excited about your win…you work so hard and it is such a pleasure to see you achieving your goals love you. Gramma

Im glad you could read about it, it was a lot of fun and rewarding after a tough start to the year. I hope your own recovery is going well 🙂

Wow! Thanks Mr. Min 🙂 Im honoured you could watch.