Watopia “Out and Back Again” Route Details 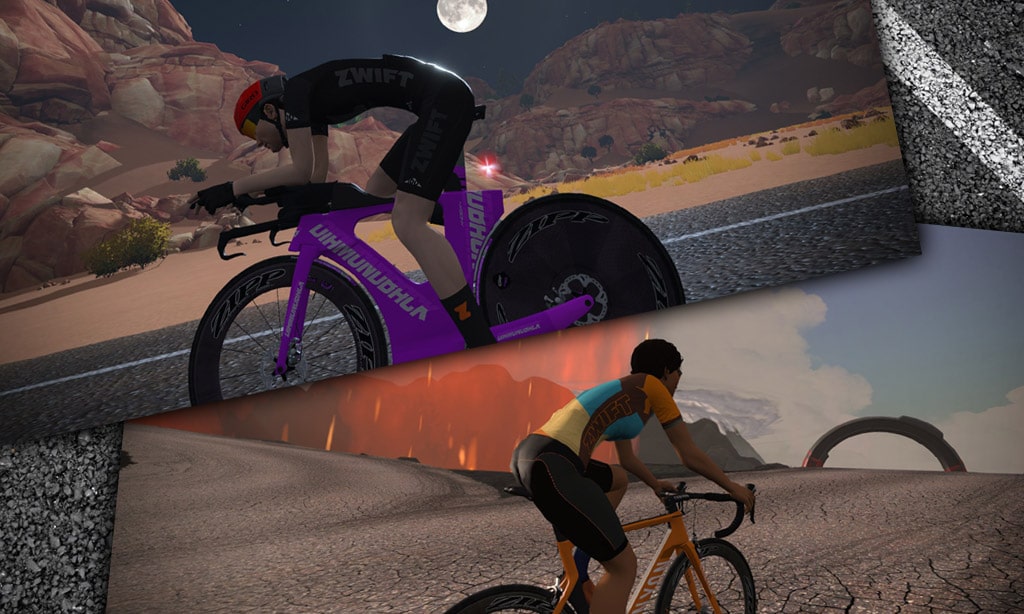 “Out and Back Again” is a route which is quite flat… until it isn’t. Released as part of Zwift’s Fuego Flats desert expansion, this oddly-named route isn’t an out and back at all, but rather two loops connected in a figure 8-style course.

This should be a popular race route given its length and mostly-flat profile punctuated by two distinct climb sections.

The first half of this route is quite flat, while the second half contains its two climbs.

Beginning in Fuego Flats, we make our way across the desert then descend through the redwoods down to Ocean Boulevard. Hanging a left at the Jarvis Tree, we climb our way up the false flat to the Italian Villas, then twist through The Esses and turn left toward the volcano.

Our Volcano KOM climb begins almost exactly at the 20km mark. Ride up the volcano, descend, then take the flat land bridge road back to the Italian Villas.

Our second climb is next, Hilly KOM Reverse. Once you’ve completed this climb and descended down to sea level you’ll hang a right onto Ocean Boulevard then a quick left toward the finish line at Fuego Flats.

It would be useful to see distance and elevation of each route on drop down when arranging meet ups to avoid having to check the info on the master list….. v time consuming
just a suggestion!

Adding to that the points of power ups in races

Ever hear of a book called “The Hobbit, or There and Back Again”? Maybe the route isn’t so oddly named after all