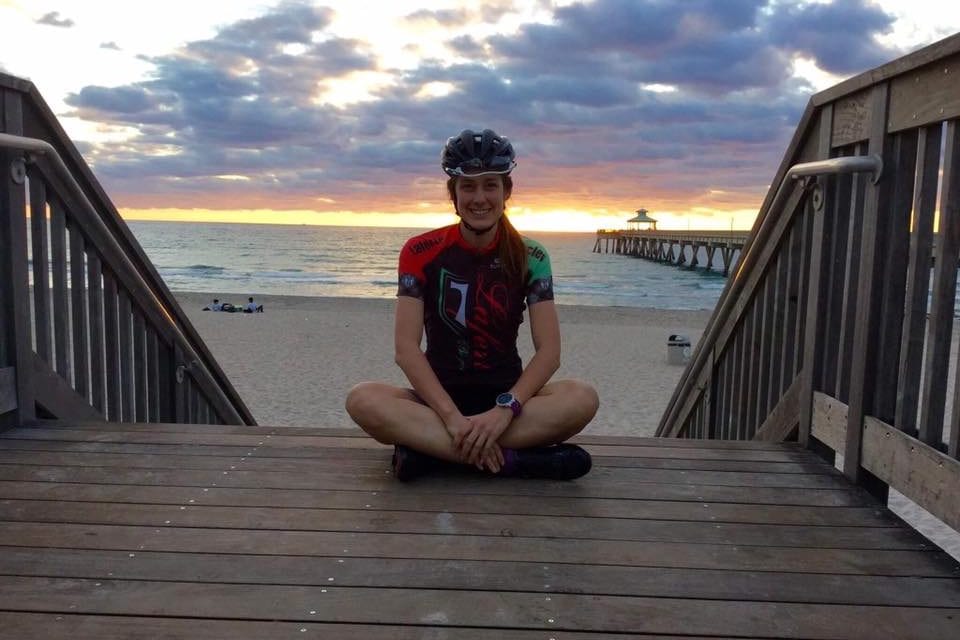 On March 8th, which happened to be International Women’s Day, Jessica Belisle broke the record for longest Zwift ride (previously held by Jasmijn Muller who rode 1828 km in roughly 62 hours). The record is now set by Jessica who completed 3109 km in 128 hours! We caught up with her to find out a bit more about who she is and what’s next for her.

Please tell us a bit about yourself. Where you’re from, job, family, and the like.

I’m a master student at Université du Québec à Trois-Rivières. My family has been influenced and each of them decided to buy a bike as well. My parents and my brother encouraged me a lot in my projects and I’m really lucky to count on their support anytime and anywhere. I have also a big passion for travelling.

I discovered cycling only 3 years ago. I would use my bike to transport myself to school or work, but I was not that active in sports. One day, I decided to go in a bike shop and buy my first road bike… it was the beginning of a big love story with cycling. Since that moment, I have crossed Canada three times and discovered ultracycling, the endurance part of cycling. This kind of race is what I like the most. For sure, I have some great races in mind for the future, beginning with the Ultra Revival Tour, a challenge which will bring the participants to do the same journey that the first ‘’Tour de France’’ cyclists did in 1903, six stages of about 400 kilometers. Next year, I plan to explore other international races.

I started riding on Zwift last December. I needed a new way to train myself indoors to improve my fitness for the outdoor season. Riding with people from other countries and having the possibility to meet friends virtually is very motivating. I try to ride almost every day at different intensity levels. 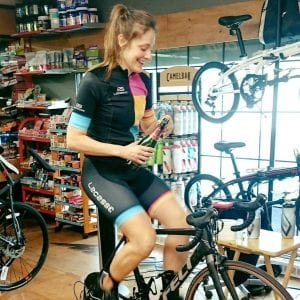 What was your ride like? (how did you prepare for it? how often did you take breaks? what was your nutrition intake like? who helped you with it?)

I did a 5 days challenge last January. During those 5 days, I rode 1628 kilometers. With that challenge, I’ve been able to prepare myself for the next step of trying to beat the distance world record on 128 hours. However, a few weeks before the beginning of my journey, another world record had been broken by Jasmjin Muller: 1878 kilometers in 62 hours cycling. I decided to join this record to my journey already planned and to try to break two world records.

In the first three days, my routine was to stop about 3 to 5 minutes each hour and a half to go to the bathroom and to change my clothes when needed. During the whole 128 hours, I stopped 11 hours in total for my little break and a few power naps. My energy level was very high and I didn’t feel the need to sleep more than that during my challenge. My parents helped me a lot with nutrition. I had prepared every meal and snacks before beginning the pedaling, but they went often to make sure everything was fine and to bring me everything I needed. I ate quinoa, oatmeal, sweet potatoes, frozen fruits a lot! One of my goals was to drink a lot so I’d never get dehydrated.

What would you have done differently, now that you finished?

Honestly, I think I would do it exactly the same way. My preparation was particularly right and it’s the major part of my success.

I saw that you crashed recently in a Gran Fondo. Are you okay? Can you still ride? How’s your bike? And will you be taking any time off to recover?

One of my first questions was: Is my bike ok? Seriously, I’ve been really lucky in this circumstance. I have been able to get back on my bike a few hours after the crash to avoid the trauma of cycling on the road. The days after were a little bit more difficult, because of the scratches and the teeth I’ve lost. Fortunately, everything is back to normal now and I continue to rest myself before the outdoor season. I’m confident to get back on my bike for serious training in a few days.

I would like to thank my family and my friends for their unconditional support and their help for me to believe in myself. 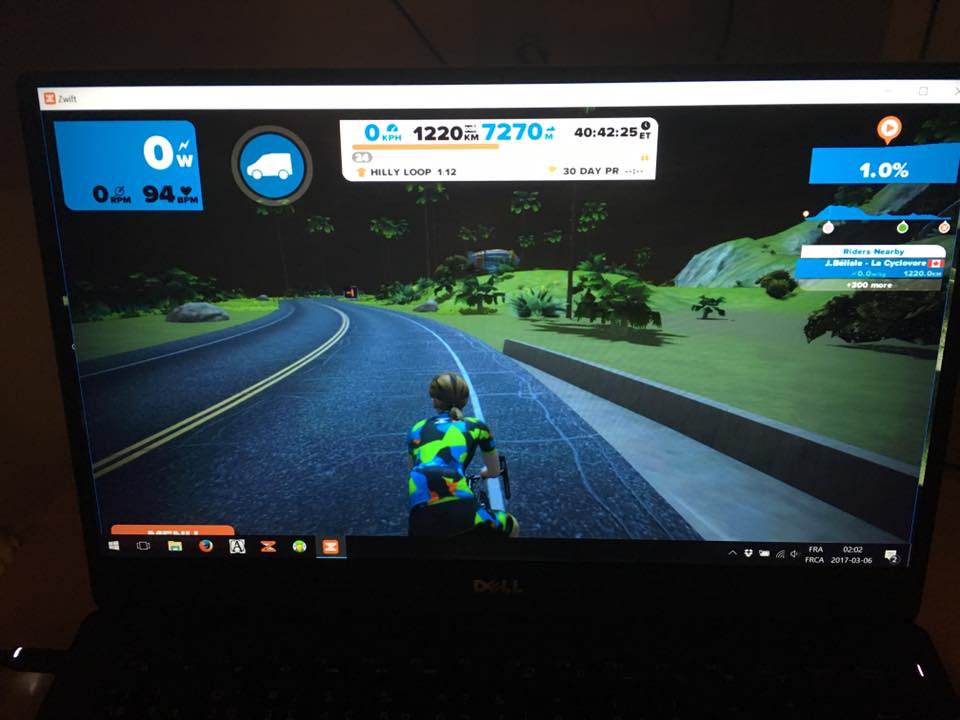