Have You Seen Jarvis? 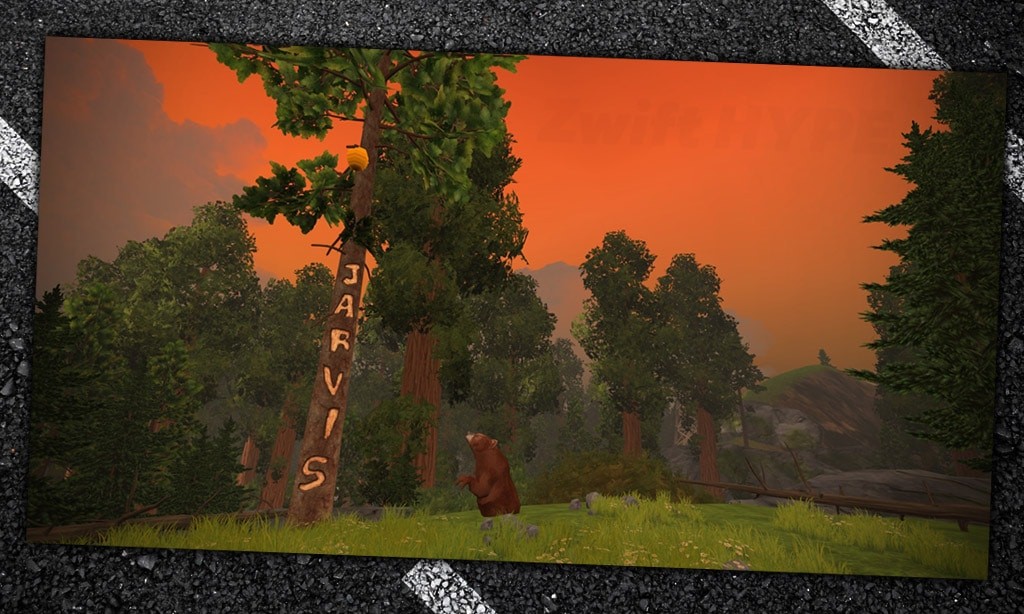 No, I’m not talking about Zwift’s first world. As much as we’d all love to ride it again, it sounds like that’s not going to happen.

I’m talking about the bear who lives in Titans Grove. As you ride by his tree you may seem him swatting at the beehive, trying to reach the honey until he falls on his butt.

When Titans Grove rolled out in early August, Zwift took to Facebook to ask what the bear should be named. They received hundreds of suggestions, then last week’s update rolled out the bear’s new name is scratched into his tree: Jarvis.