Yesterday a new service was launched which we predict will change the face of Zwift racing. Available at zwiftrankings.com, the Cycligent Virtual Rankings (CVR) is a new way of ranking Zwift Racers.

Its creators have been very careful to explain that CVR “is not intended to supplant or replace any existing system.” It is simply a different way to rank and categorize racers on Zwift (or any other platform, for that matter.)

The system is still being developed, but is already very powerful and functional. It is clear that much thought and many, many hours have obviously gone into its development, and for that its creators should be commended. It builds on the incredible work of James Hodges (ZwiftPower.com), Jonathan Lemon (zLogger), Glen Knight (KISS races and more) and Christian Wiedmann (ZTR races and more), using the existing community-developed race results tracking infrastructure which is most commonly accessed through  ZwiftPower.com.

Why Is It Needed?

There is much debate in the Zwift racing community about how to best rank and categorize racers. Currently most races group participants by FTP watts/kilogram using these scheme:

While this categorization scheme works decently well, it has several problems, including:

The CVR system has the potential to eliminate these and other shortcomings of the current FTP-based categorization system.

How Does It Work?

Here is a quick summary, but we recommend you visit zwiftrankings.com, enter your name, and browse your dashboard. Then if you want to learn more, read the Overview to fully understand the system.

The points system is clearly and completely explained on the Overview. It is not a simple system, but no accurate ranking system would be, given the many factors which must be included to achieve a high level of accuracy.

The results, though, are quite simple–and that is the important part. You don’t have to understand the number crunching as long as the rankings produced are good!

Racers are grouped into divisions based solely on race performance. The divisions are as follows:

There are separate division rankings for different race types, which currently include:

So while you may be a Division 4 flat racer, you could be a Divison 2 climber. This will allow for more competitive groupings across different race types.

Racers begin as rookies, then are automatically placed in the correct division once they have enough enough races of a particular type under their belt.

Who Is Behind It?

Frank Garcia, longtime Zwifter, CEO of Cycligent, member of Team Experimental and author of the #RideOn Philosophy is the main force behind the new system. Many others were involved in its development. We will be featuring an interview with Frank soon.

Our prediction is that we will begin to see Zwift races using the CVR divisions soon, but this decision is up to the organizer(s) of each race. 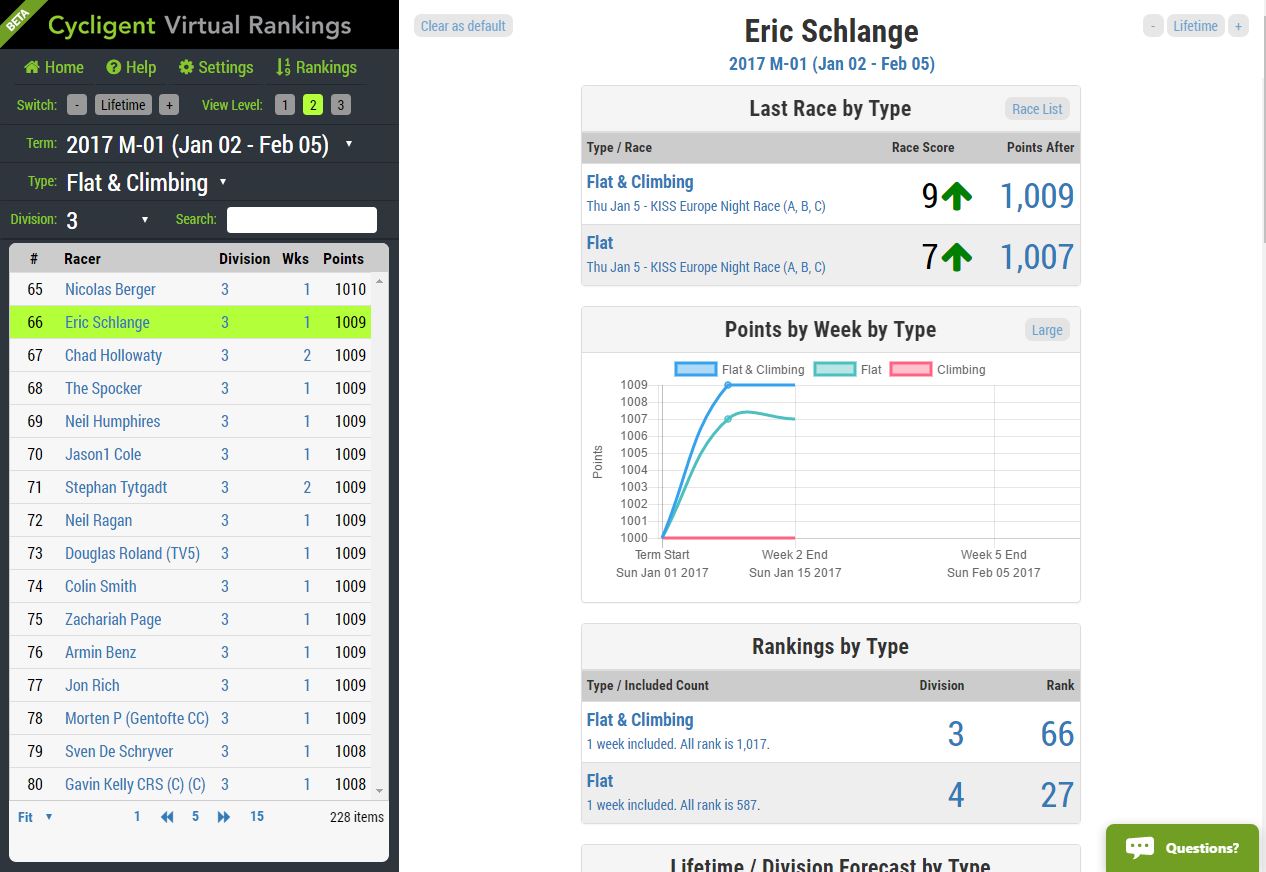