Hanging with the Group Over Gradient Changes 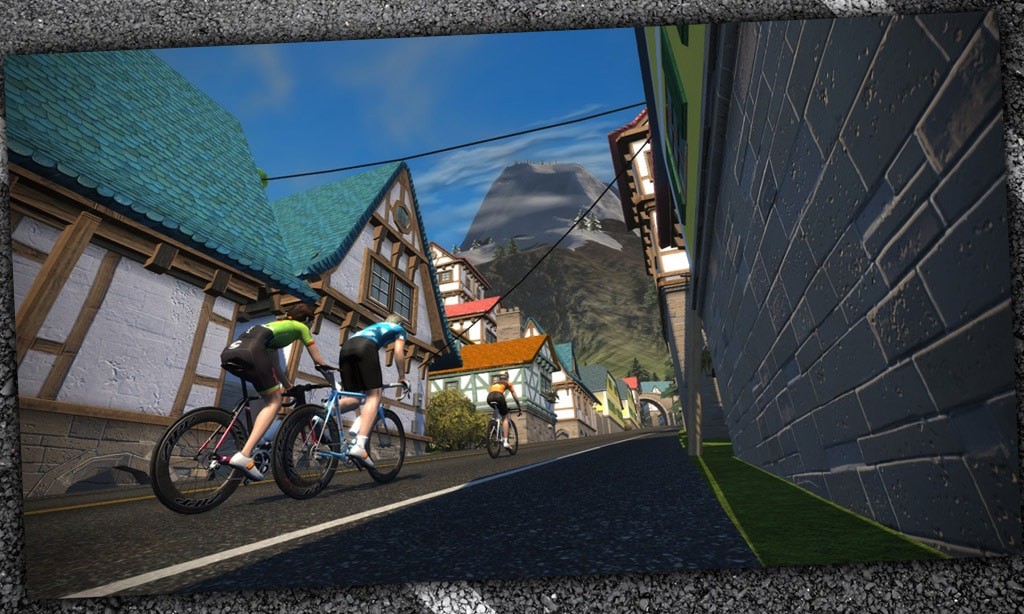 First, let’s just say it: hanging with the peloton is less intuitive on Zwift than outdoors. Outside you are more aware of other riders, plus you have brakes, steering, and a bike that responds immediately to your pedaling. Most importantly (and this will come up later): everyone is on similar equipment (a bike with gears, directly connected to the ground).

On Zwift, your position in the pack is determined by the watts you’re putting down, combined with the game’s physics engine and its automatic steering. It takes some time to master riding with a group in this scenario, and it is easy to get dropped suddenly if you’re not paying attention.

The most common place Zwifters get dropped from a pack is on hills (up and down). This usually happens because the group speed changes unexpectedly (or to put it another way: it isn’t a lack of fitness, but rather a lack of experience or attention.) Let’s look at why this is, and what can be done to fix it.

If you’ve done much outdoor riding, you know we tend to push more watts up hills than down. (This may seem obvious, but it’s the root cause of people being dropped from packs on hills, so bear with me!)

There are various reasons why this happens, including:

This is why many riders prefer long, steady climbs for FTP tests and power training. And if Merckx says it, you’d better believe it. 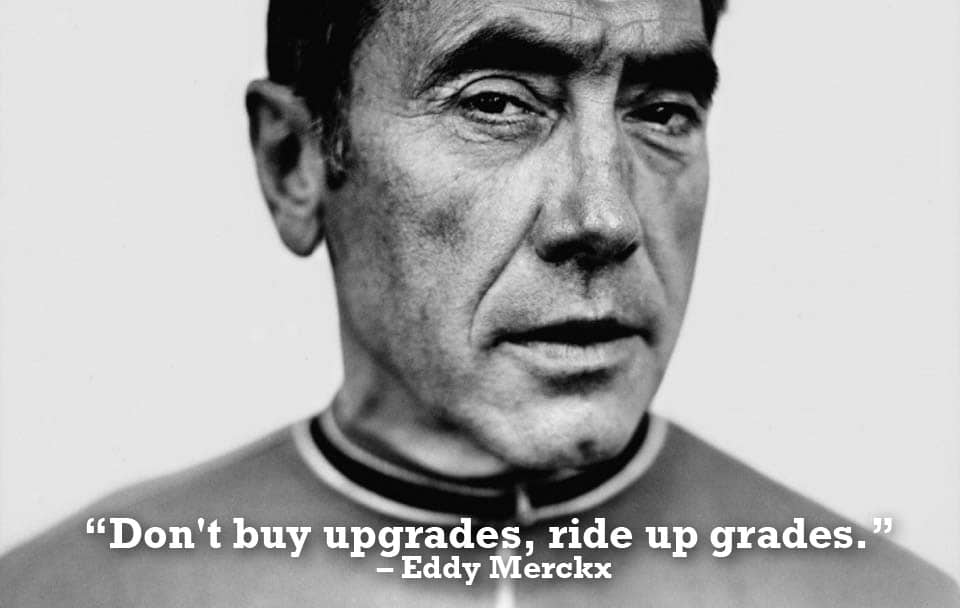 Classic vs Smart Trainers: a Definition

Classic trainers do not adjust resistance to simulate gradients in Zwift, while smart trainers do. There are other differences between classic and smart trainers, but this is the most important one. 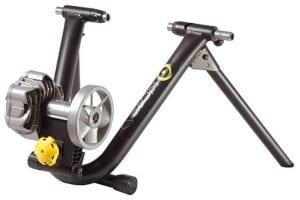 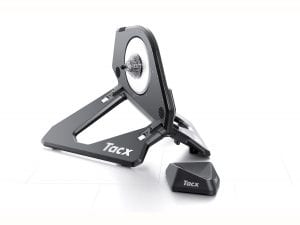 One major reason groups break up on the hills of Zwift is because these groups are made up of both classic and smart trainer users. Let’s dig into how this affects our virtual peloton.

Classy and Smarty Ride Up a Hill

Imagine two Zwifters riding together on the beautiful roads of Watopia. Zwifter “Classy” is riding a classic trainer, while “Smarty” is riding a smart trainer. What does each of them feel as they transition from a flat road to a climb?

How does this affect each rider’s power output? Based on what I explained above, we know Smarty will automatically begin to put out more power–just like he does outside! Classy, however, will not. If Smarty and Classy do what comes naturally, Smarty will ride away from Classy on the climb.

But Wait: A Downhill Cometh

The opposite happens on the downhills, though. Think about it: what do Classy and Smarty feel on a downhill?

How does this affect each rider’s power output? Smarty will begin to put out less power, while Classy will just keep chugging along. Classy will ride away from Smarty on the descent.

How Classy and Smarty Ride Together

So how can we keep Classy and Smarty together? The solution is simple, while actually implementing it may take some getting used to:

Two Other Tips for Smarty

Smarty can lower his Trainer Difficult setting to reduce resistance changes. Zwift racers seem to prefer a setting of 20-40% to help reduce the yo-yoing that goes on otherwise.

If Smarty simply must stop pedaling on a longer descent, he should get up to a good speed (~36MPH or ~58km/hr) then stop pedaling entirely to be taken into the supertuck. He will probably be able to keep up with Classy in this position, even if she’s hammering away on the descent.

Go Forth and Group Up

I hope this helps everyone hang with the group on social rides, and stay in the pack on races. Ride on!

my trainer on 50% or above is almost instant resistance on the hills, the grade seems to go from 0 or 1 to 5,6,7 or however steep the hill is, is there a way of knowing in advance you are approaching a hill

Many thanks for the information. I mistakenly bought a “Classic” trainer (Elite Turbo Muin B+) but this post has softened the blow of that mistake. I’ll keep the ~£300 pounds (Smart to Classic) and just shift up as I go up!