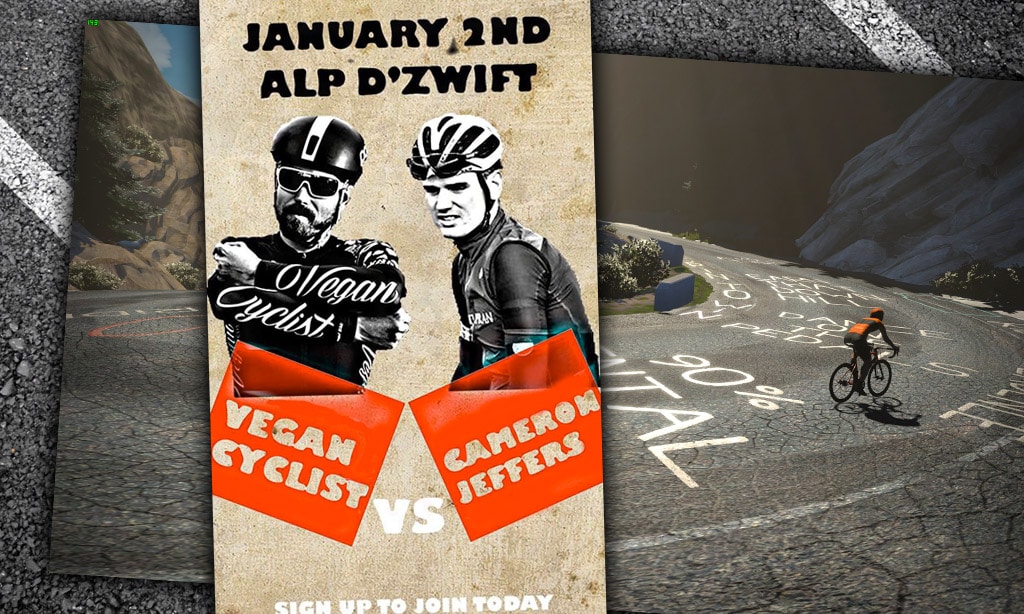 Tomorrow (January 2nd) a special race is being held up Alpe du Zwift at 6:10 pm GMT (1:10 pm EST, 10:10 am PST). Race action will be filmed and produced for content on both Cameron Jeffers and The Vegan Cyclists’ YouTube channels, and the event is set up as a group ride with Cameron having the yellow beacon and Tyler the red for easy identification.

With over 600 riders already signed up this race is sure to be hard-fought and exciting. Come test your climbing legs!

This race is held on Watopia’s “Road to Sky” route. This route’s normal length of 19.5 km (12.1 miles) will actually be longer as riders will begin at the start gate then ride to the route’s normal spawn point approximately flat 4 kilometers away. Enjoy that flat warmup, because there isn’t much that is flat once you begin the route proper! Total elevation gain will be in excess of 1135m (3726′), with the vast majority of that climbing coming in the final 12.2 kilometers of the race as riders ascend Alpe du Zwift’s 1,047 meters and finish at the KOM banner above the clouds.

Cameron is a 22-year-old elite cyclist riding for UK-based Saint Piran. His YouTube channel documents his dream and quest to break into the ranks of professional cycling.

About The Vegan Cyclist

Tyler Pearce (The Vegan Cyclist) is a cat 2 road rider in California. His YouTube channel consists of cycling tips, amateur race breakdowns with power overlays, and vlogs of his day at the races.

Some heavy hitters and popular Zwift community members have joined the race, including: 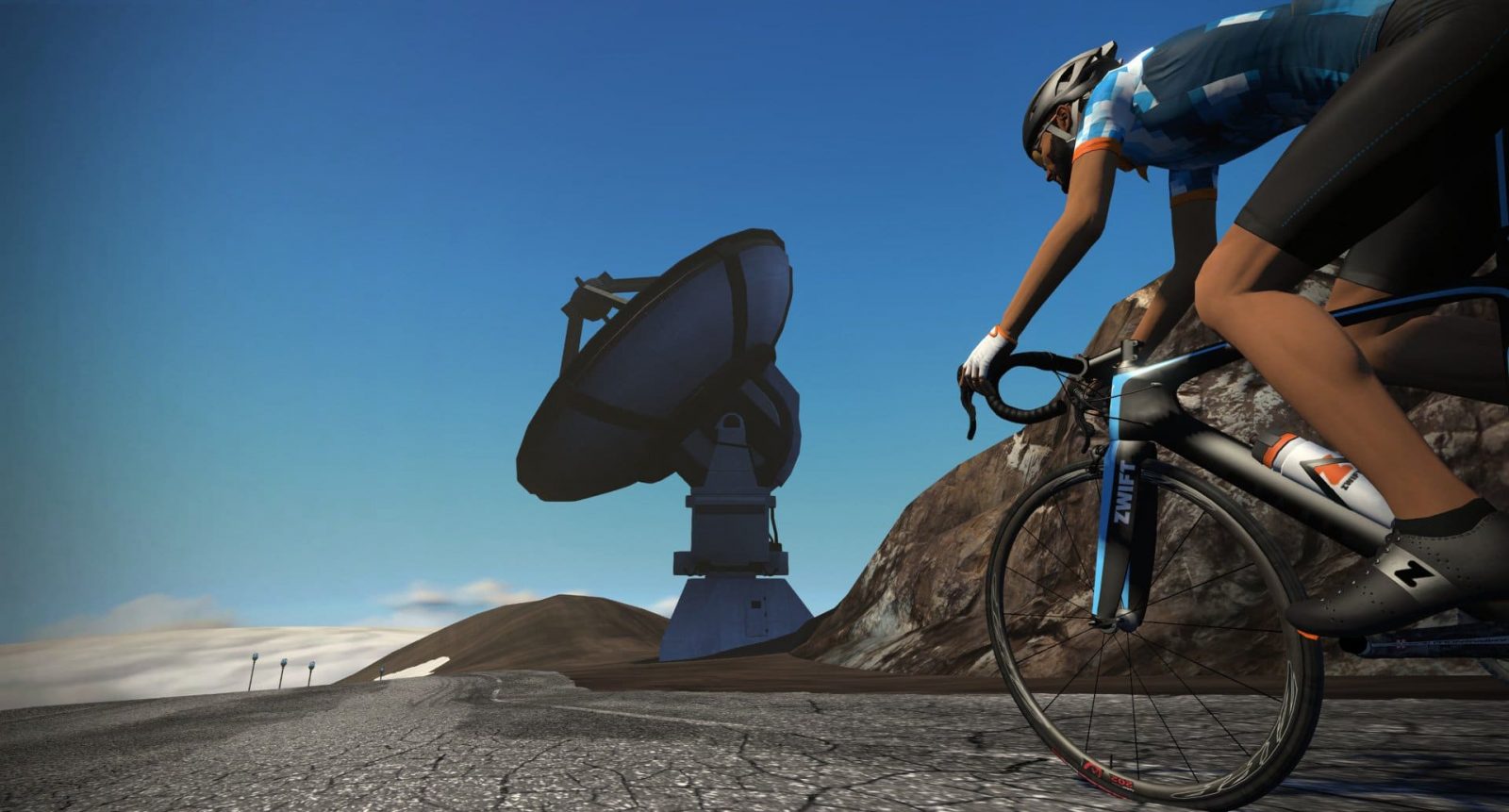