Accelerated XP for Levels 26-50: How It Works 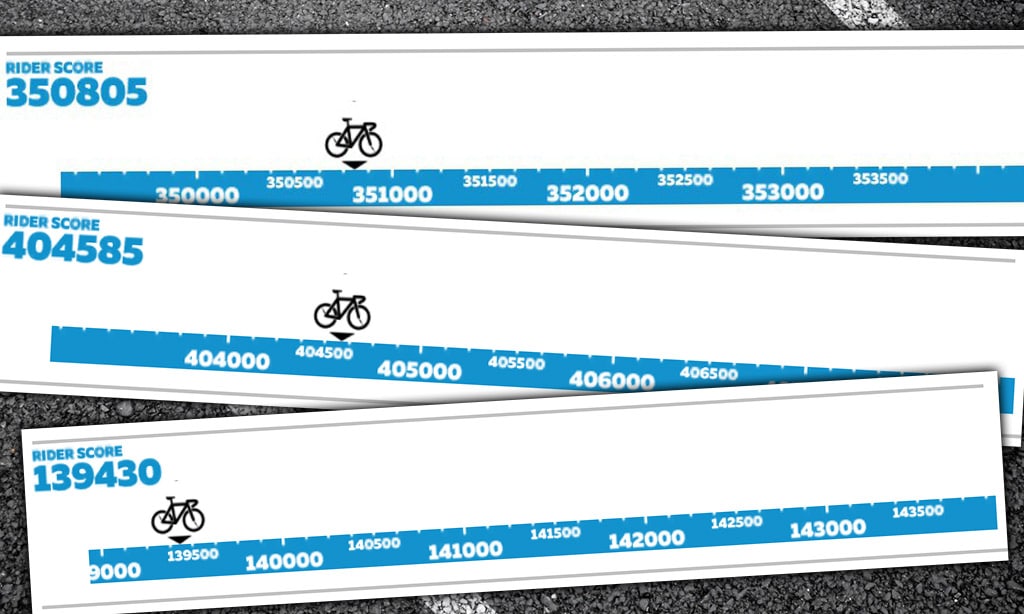 When Zwift released levels 26-50 earlier this week there was much discussion about how exactly “accelerated leveling” works. Here’s how I explained it in an earlier post:

Accelerated leveling means you still have to work to reach level 26 and above, but you will get there 8x faster. When you choose the “Bring on the Levels” option (see screenshot below) your XP is reset to 110,000 (level 25), but each km you ride nets you 160 XP and each mile 240 XP instead of 20/30 respectively. All other XP rewards are multiplied by 8x as well. Accelerated leveling stays in place until you reach whatever level your XP would have taken you before this update.

After hearing feedback from other Zwifters and thinking through this myself, I realized my explanation was incomplete, leaving open the possibility of Zwift giving us a raw deal. Was Zwift ripping us off? Did we have to work to earn back our original XP, then not get any credit for that additional work?

I didn’t think so, but I wanted to find out for sure. So I asked a source at Zwift HQ how accelerated leveling really works.

If you chose accelerated leveling your XP was reset to 110,000 and now you are accumulating XP at 8x the normal rate. But here is an important detail: 7/8 of that accelerated XP is Zwift giving back what you have already earned, while the remaining 1/8 is new XP you’ve just earned.

Zwift will continue to return your already earned XP as 7/8 of your accelerated XP until it has all been returned. This means by the time your acceleration ends you will be well above your original (pre-level 26-50) XP. Here is an example to explain why that is.

I chose the accelerated leveling option, which means I got set to 110,000 XP, and my menu indicates I will be accelerated through level 42.

Zwift will return the 240,805 which was removed from my total, I just need to work to get that XP back. How much work, and what will my final XP total be once acceleration is finished? Here’s how the math shakes out.

See Your Actual XP on ZwiftPower

So somewhere in their system Zwift is tracking our total XP earned, even if we don’t see it in game. And that leads me to my final point…

In my talks with Zwift staffers it is clear Zwift is being very careful to make sure everyone gets exactly the XP they have earned–no more, no less. XP is important for leveling, but it is also important because it will be used in the very near future to create “Dropz” currency for purchases in the virtual store. So Zwift wants to make sure Zwifters never get shorted on what they’ve earned.

You may have to work to earn it back at the accelerated rate, but this is much better than stopping XP accumulation once you hit the level cap (a solution many games use).

Still got accelerated XP questions? Comment below and I’ll do my best to get a clear answer!

is this still working?

This apparently only worked when Zwift added levels 26 through 50. There is no way how one can have more than 110,000 XP when moving to L25, or 121,000 XP when moving to level 26. If this no longer applicable, I guess, Eric would be better of just deleting this page, to prevent confusion.

I agree with Andrei. I just moved up from level 25 to level 26 but no choice was offered to do accelerated level up. This apparently is no longer applicable in Zwift nowadays.