From the editor: since the first post introducing the ZwiftRacing.app ranking system, Tim Hanson has been hard at work iterating through many improvements that have been discussed with the racing community. Here, James Eastwood talks us through the recent changes, what’s up next, and a whole new format for the next trial race which is taking place on Sunday.

ZwiftRacing.app is now on v1.2, and there have been some significant changes based on feedback from the community.

Previously the rankings used an exponential component which heavily weighted finishing position when assessing a rider’s race result. What this meant is that riders that finished highly typically ranked up, and those that finished towards the bottom of the field lost rank. This had some undesirable consequences:

The new algorithm uses a linear calculation so that in almost all cases you will rank up if you exceed expectation, lose rank if you perform below expectation, and have minimal change to your rank if you meet expectation. This will still promote riders that consistently win, but will further improve the accuracy of the ranking, which is critical if used for pen definition. Check out ZwiftRacing.app to see how your rank has changed from race to race. If you are the 7th highest ranked rider and finished 7th, you will see that your rank barely changes.

Here is a graph showing all changes to rank that have happened so far, based on how large the delta was that was applied. Occurrences is on the Y axis, and delta change on the X axis. As you can see, most riders are very accurately ranked, and typically only have small changes to their ranking applied.

One of the most difficult choices with a ranking system is how to deal with new or returning riders. Whilst the algorithm can adapt a rider’s rank quickly in the first few races, it is still important to get that initial placing as good as possible.

The old system used 20m w/kg from 90-day race history. For new riders that may mean only 1 race, so often this would not be a very accurate initial placing. Alongside this, lightweight riders would end up with an overly high initial ranking, and heavyweight riders an overly low ranking.

In the new version, Compound Score is used. This is a calculation of 5m power using both raw Watts and W/kg to neutralize the weight element. 5m power is also much more reliable in terms of applicability to Zwift.

This is the only time power is used as a ranking component, and the rankings quickly adapt after initial placement.

Note that the ranking values and boundaries between ranks are now different. Check out the site for more information.

There is now a small bonus applied to podium positions. This is to ensure that racers who typically race as the highest-ranked rider (for example always at the top of a power-based category, or at the very top of overall rankings) can still progress upwards. This is applied in an exponential fashion, where there is little bonus applied if the field is small.

The next trial race is now set up, and it’s a bit different! Sign up before the deadline (19th November 10PM UTC), and you will be sent the link to the race on the morning of the race. The split of riders between pens is decided after signup has closed. This is hopefully the first step in creating a fully automated matchmaking process.

Tim has a number of changes planned that I am sure we will see soon:

Have you checked out your ranking yet and how it is impacted as you race? Comment below! 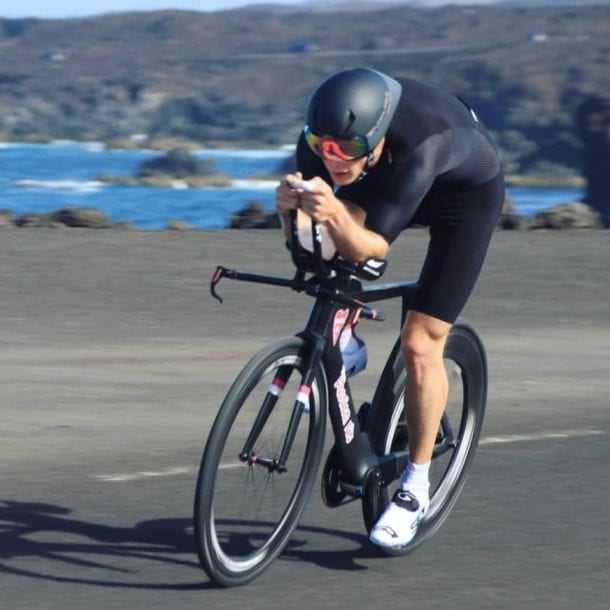 James Eastwood
James is a triathlete living in the North of England who works as a project manager for a technology company. He runs a small aero sock business (Socks4Watts) whose Zwift team has been dominating the female WTRL TTT and includes the likes of Cecilia Hansen, Alice Lethbridge, and Leah Thorvilson.

Epic kudos on this project. So refreshing to see great ideas implemented with a huge community focus. Looking forward to Sunday afternoon and can’t wait for the iTT and points racing support.

Is it taken into account that there will be regression towards the mean, and therefore the higher ranked cyclist are expected to finish lower, and the lower ranked are expected to rank on average higher than based on their ranking?

Simple answer is not really, no. For the most part, if you are ranked 17th out of 30 and come 17th, you will see little to no change in your rank. If you do better than expected, the quality of the riders you best will determine your rank delta (along with some other factors). For more detail jump in to the discord!

Sensible logic indeed, but what we found is that with the existing way races are typically organised, placings are quite consistent. The same riders repeatedly finish near the top, and an approach like this overly accelerates certain riders and over-penalties others. That was roughly how v1 worked. With the latest version, at a macro level the rankings looks very accurate throughout (for goals of the system)

You said the word matchmaking, and my first thoughts were that Zwift was going connect me with my next ex-husband. Too exciting. I was already looking up honeymoon spots with a AARP discount. JK. Never had one of those.

sorted now getting in game join up

Amazing. I hope someday they build a velodrome inside zwift.

Great event, really enjoyed that. Felt like most riders were on a level playing field. Some interesting ‘tactics’ deployed over the 40km.Thought I’d spent way too many matches by half way, but dug in. Some DNF’s which I know are a topic of debate in terms of ranking points. Keep up the great work. Will be back.