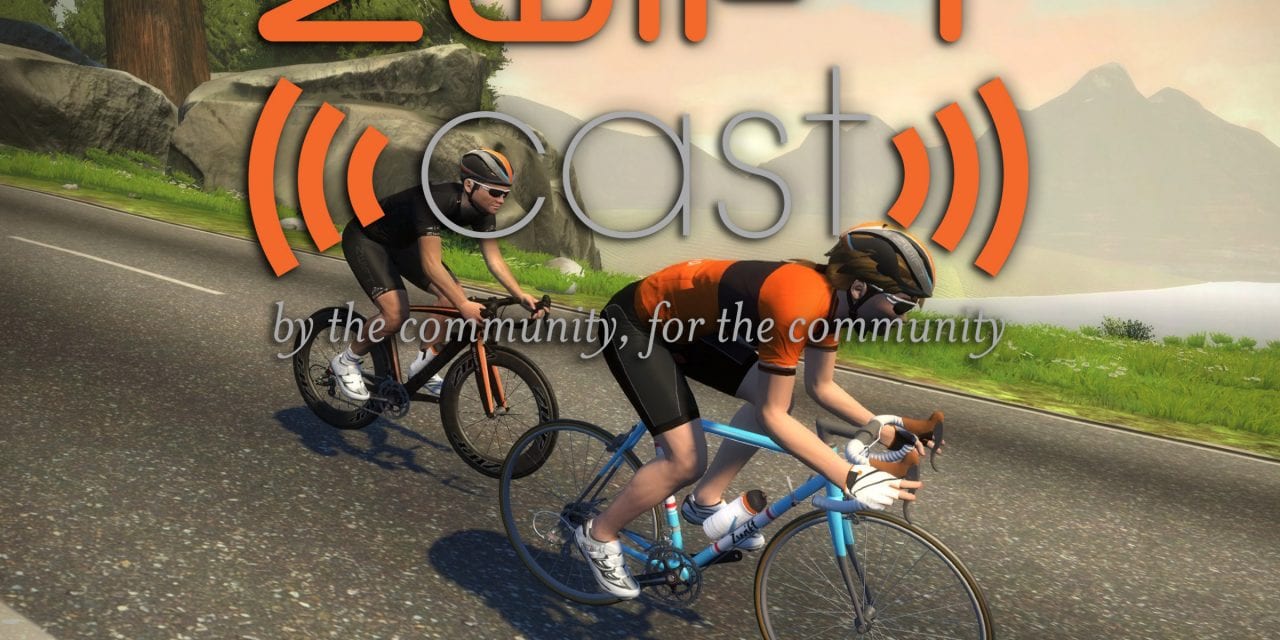 After taking a bit of a break, we’ve released the latest Zwiftcast episode–here are the notes on what it contains:

Welcome to Episode Six of the Zwiftcast – and a new format.

I’ve been joined by Nathan Guerra from the US and Shane Miller from Australia. Together we’re chewing the fat over all the latest news and developments from Zwift as the focus shifts towards the Southern Hemisphere’s indoor season.

The episode features an interview with Zwift’s creative genius and co-founder of the company, Jon Mayfield. Jon has some really interesting things to say about a division between Z Power users and those with Smart Trainers/Power Meters. He also talks about how the draft in Zwift is still at an early stage and raises the prospect of introducing steering into the game.

There’s a great interview with Australian hand cyclist Alex Welsh and myself, Shane and Nathan discuss the issues he raises about avatar customisation.

The KISS races have now launched all over the world and are attracting huge fields in the Southern Hemisphere. I talk to Glen Knight, one of the originators of the wildly popular series and afterwards we discuss the genius of the zwiftpower.com tool.

Matt Hayman’s coach, Kevin Poulton, still buzzing from his rider’s amazing victory in Paris-Roubaix, talks about how Matt used Zwift in his training – and gives his views on the value of indoor riding for training for the rest of us.

There’s also a lively review of the indoor season so far in Australia with Shane and I discussing the massive popularity of the Aussie HDR group ride.