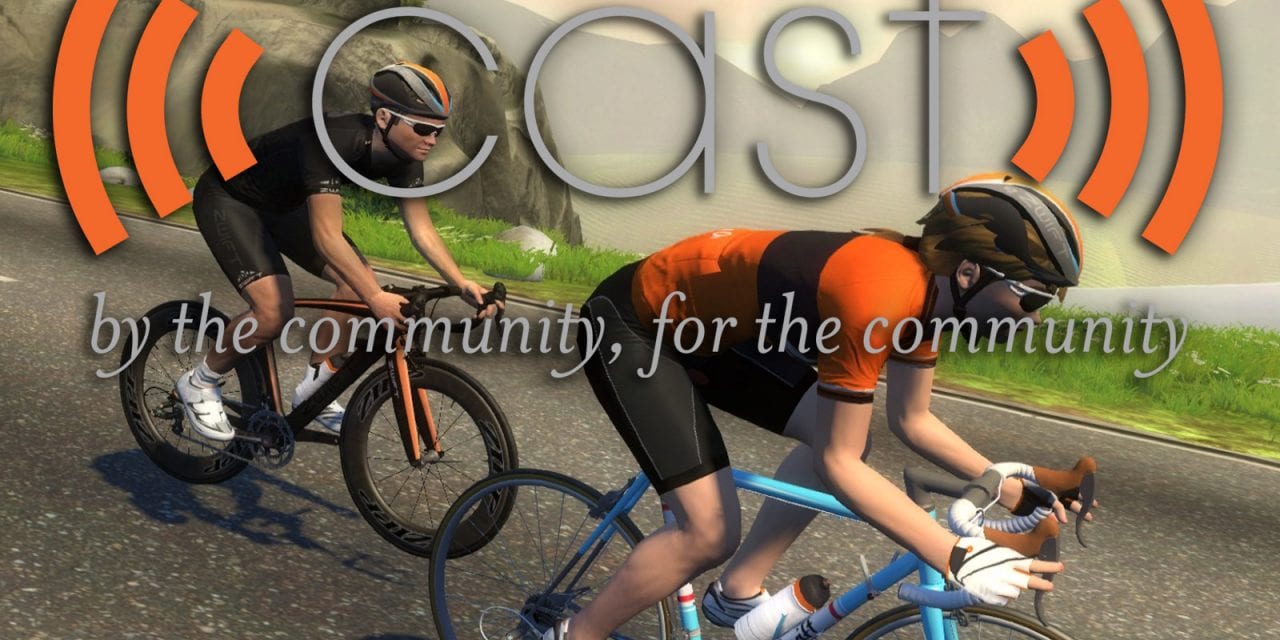 Episode 16 of Zwiftcast has been released. Here’s the full episode description:

Simon, Shane and Nathan get together to discuss the latest in the land of Zwift… with the seemingly endless wait for the iOS version the first subject for a bit of light-hearted banter. The other eagerly-awaited new toy for Zwifters, the Tacx Flux, did show up this week – but the boys are a little concerned about its laggard sprint capabilities.

A matter which caused no little controversy on Zwift was Christopher O Hearn’s idea for a Trip Advisor-style ratings site to assess the quality of group rides. The notion has not gone down well with ride leaders and Christopher appears on the podcast to make his case. Simon, Shane and Nathan assess its merits, or otherwise.

The Zwift Academy scheme, whereby one female rider will be recruited to pro team Canyon SRAM after a months-long talent trawl on the platform, reaches its finale in the coming week. Finalist Leah Thorvilson, one of three riders to make the grade in the last casting call, tells listeners how she’s feeling about the test that awaits.

Trainer Road fought back this week – with a post from their CEO pleading with people to stop copying its workouts into Zwift. It’s a fair point and he’s quite right – but it prompts a discussion on how effective a competitor Trainer Road can remain as Zwift’s social cycling model just gets bigger and bigger.

Whilst Leah is in the final three of the ZA scheme, another very strong rider, Rachael Elliott, agonisingly, isn’t. Despite being invited to Mallorca, Rachael had to decline. The popular Zwift power-house explains what led her to have to say No.

With hundreds, perhaps thousands, of new Zwifters flooding on to the platform, the podcast asks: What Are Teams For? One of the biggest and most pioneering teams in Zwift, ODZ, is on hand to supply answers.

The lads wrap up this edition with a brief return to iOS – still trying to find the funny side.