The official Zwift forums enable regular Zwifters like you to ask for features to be added to the game. There’s a whole section dedicated to these “Feature Requests”, where you can ask for new features and vote for suggestions that you like.

Let’s look at a few of the most popular feature requests that haven’t already made it into the game, and how likely they are to happen.

Allow Saves Without Leaving the Game

You’ve chosen a route and entered the game. Checking your badges you realize you’d rather choose a different route. Quit. Restart.

You want to save your race and then cool down as a separate activity so you can upload the race to Strava or TrainingPeaks, but ignore the cooldown. Quit. Restart.

You’re a multi-sport athlete, and want to do a “brick session”. You’ve finished your ride, and it’s time to run. Quit. Restart.

When starting the game can take several minutes, having to quit and restart is a frustrating experience, whatever the reason for it.

This would streamline things for anyone who finds themselves having to restart Zwift.

Parts of this are already in the game: you can warm up on Watopia, then be transferred to London for an event. You don’t have to restart the game for this to happen, and both activities are separately uploaded to Zwift.

It’s the most requested feature at the time of writing, so clearly a pain point for many Zwifters.

We’re struggling to think of any reasons not to do this from a user perspective.

Given the above, we think it’s very likely this will happen. Zwift have a user interface (UI) update in the works and due very soon. Perhaps this popular feature will be part of that.

Want this feature? Vote for it here: https://forums.zwift.com/t/allow-saves-without-exit/13113

A staple feature of racing video games, this would enable you to ride against a “ghost” of a previous ride on the same course or section. It could be yesterday’s ride or your personal best, but the key feature is that you’ll be able to see exactly how you’re doing compared to that previous ride.

Knowing your personal record (PR) for a section of a course (e.g. Strava segment) gives you a target to aim for. A benchmark against which you can measure progress. But without a ghost rider, it’s hard to know whether you’re ahead or behind at a given point. This feature would give Zwifters that information.

We could even ride against other Zwifters’ times. Want to know how you’d fare against Eric Min up Alpe du Zwift? Download his ride and set that as the ghost rider.

In the early days of Zwift, there were what we affectionately called “blue guys”. They weren’t real people, but game-controlled riders who’d ride at various speeds, so we expect some of the artwork for this feature has already been done.

Some might fear a world populated by other Zwifters’ ghost riders. That would almost certainly not be the case. You would only see your own ghost rider. Perhaps there would be a special feature where everyone can see the same ghost rider for an event.

Eric Min himself has said it’s a feature he’d like. He said this during episode 58 of the Zwiftcast (48:30) when he was asked which feature would magically appear if he could snap his fingers.

That was more than a year ago, and it hasn’t yet made it high enough up the list, but since the boss man wants it we reckon it’s very likely to appear.

Want this feature? Vote for it here: https://forums.zwift.com/t/personal-best-bot/13120

The minimum weight for riders on Zwift is 45kg (100lb/7st 2lb). That’s fine for most adults, but when it comes to children it’s another story. This feature would enable children and light adults to ride at their true weight.

Power-to-weight ratio (Watts per kilo, W/kg) is an important number in Zwift. It’s used by the game to calculate a rider’s speed and trainer resistance, particularly when riding uphill. Zwift is free for children under 16, but they are at a disadvantage in the game, often riding at virtual weights more than twice their real weight. This makes them slower up hills and it’s harder to ride and compete with others.

Unscrupulous Zwift racers may cheat by setting their weight much lower than it should be, in order to boost their power-to-weight ratio. However, this does of course already happen and there are various community tools and initiatives to deal with it. In fact, lowering the weight limit could make this easier to detect.

This has been confirmed as being worked on by Zwift. While there’s no estimated time for when the feature will arrive, Zwift is very conscious of its need.

Want this feature? Vote for it here: https://forums.zwift.com/t/junior-rider-weight-needs-a-lower-minimum/13119

Zwift has a huge list of things we’d love them to do to the game, and the trick for them is to work out the relative importance of each one. Sometimes there are technical reasons why a feature is difficult to add to the game, but almost nothing is impossible for programmers.

So if you have something you want, be sure to head over to the official forum and talk about it.

Did your pet feature request make the list? Tell us about it in the comments below! 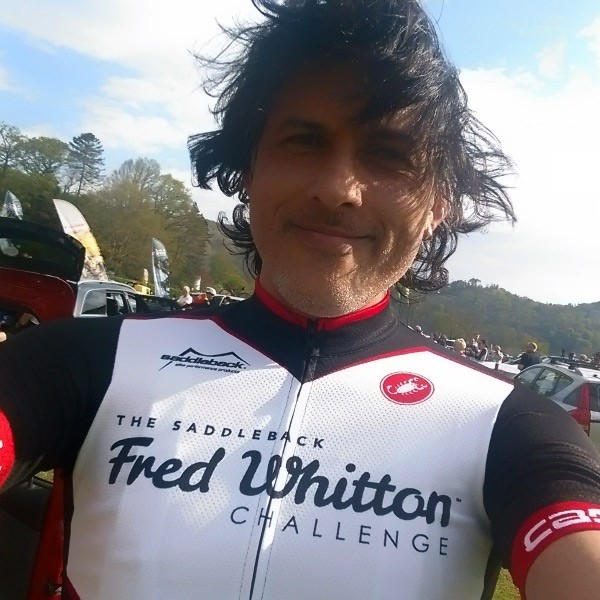 Daren Chandisinghhttps://twitter.com/wwwicked
Daren has been riding bikes all his life. Besides Zwifting indoors he rides for recreation, commuting and even indulges in the occasional time trial. No hill climbs though. Hills scare him. He's a web development team lead in Lancaster, UK. Married with three kids, he supports Liverpool football club and plays bass. Badly. Moira main.

Thankyou for highlighting the kids min weight thing. Does’t seem to be too difficult to implement for Zwift, so hopefully this will get sorted ASAP.

Getting the Android App to work on the Nvidia Shield. Can’t be that hard.

Put your phone on airplane mode, with WiFi only

Get rid of people hanging about zebra crossings in London. Sometimes I get so immersed that I slow down and stop peddling to allow them to cross.

My watts per kg on a bigger display.

Would be great you could actually design your own route in game and save it.

I would to see a feature where you only have the option of entering the cat race your ftp represents. Far too many times do I see riders entering cat d and c races when they are clearly a b cat minimum. It makes racing very frustrating and I’m sure it puts a lot of people off.

Agreed Richard! Watch for a post on this coming out Monday.

Set the metrics you want to display and be able change where on the screen you see them.

Lifetime segment best rather than just 30 day best. I can’t understand why this isn’t customizable.

Amen to this one! Might be the only way we’ll ever be able to get more flat routes. The Zwift programmers seem to have a hill fetish.

Being able to customise the display with different metrics or able to drag and drop them around would be sweet. Apart from that there’s not a lot else I have on my Zwifting Christmas wish list. The guys at Zwift HQ have done a fantastic job! Ride on! 🙂

Id like them thi team up with Garmin or wahoo etc where you can purchase a virtual edge 820 or 1030 for example and configure the osd and position etc on screen. Better models cost more drops etc.

Lots and lots of people have been asking for some sort of family plan for a very long time now, but you seem to be ignoring this much wanted and needed feature! Come on Zwift, get with it!!

Ask not, get not? That’s rich! How about “Ask, then have 20 f*****g trolls tell you why Zwift should ignore your request”. A little better moderated environment might be conducive to better feedback.

Or at least be able to upload a GPX file and have the program create a rudimentary route for you.

I entered B and C races despite being and A. I never took part in the top leader race as i’m not supposed to be there.
So why ? Here are some reasons :
– Give support or guide a teammate new to racing who is not A
– Enter a C race to have a recovery ride. (yes I can recover elsewhere, but it’s peaceful to have empty streets)
– Recon a track you don’t know (some track are event based only) before your actual race.
It’s all about behavior and respect.

1. An “A” riding support for a “C” is not categorized racing. That would be an open event.
2. You can soft pedal in an “A” event as easily as in “C”, and it will clear out quicker.
3. You can recon in your own category.
These are rationalizations for doing something that should not be done and are part of the single biggest complaint on Zwift concerning racing.

there is only a way to skip an interval in a workout but no way to go backwards if you skip by accident… This is not fun.

Can’t believe you can skip forward “not even sure why you would want to do this” but can’t skip back as in this morning, sweat build up got on my touch pad and somehow managed to do a “skip forward” just as my recovery was about to start 🙁

On the Exit-Restart topic – you’d think that seeing half the OS Zwift gets released on don’t support such behavior fom an app, the UI modus operandi would have been questioned.

Then again, maybe I don’t understand the logic. And maybe Zwift Insider should hide its menu icon until you start reading an article and stop.

World love to see Instant Workout Meetups where you and your partner could just say, Hey let’s do a workout now. Would also like to customize the screen so you could remove/toggle big box top center so you can see up a hill better.

1. Turn off other riders.
2. Tweak the screenshot algorithm to grab a photo from a peak effort.
3. Tweak OSD

I would love to have a list of all badges and their completion status available either on my profile page or the Companion app. Having to launch the game just to check if I have done a route is a pain !

As a type 1 Diabetic i would like the see my bloods sugars available on the screen.

Regarding the Difficulty setting. Change it to a set gear ratio, rather than variable. Those recovering or riding with an impairment may benefit from a less goofy implementation. Let the midpoint point be exactly the gear ratio for the bike on the trainer, 100% fidelity. Say I would like to try a 53 tooth chain ring, and have a 50? Moving the difficulty slider to the right would increase overall gear ratio by a set amount (display the amount +1.xx to 1. Moving the slider to the left would decrease gear ratio a set amount (display -1.xx to 1). Some… Read more »