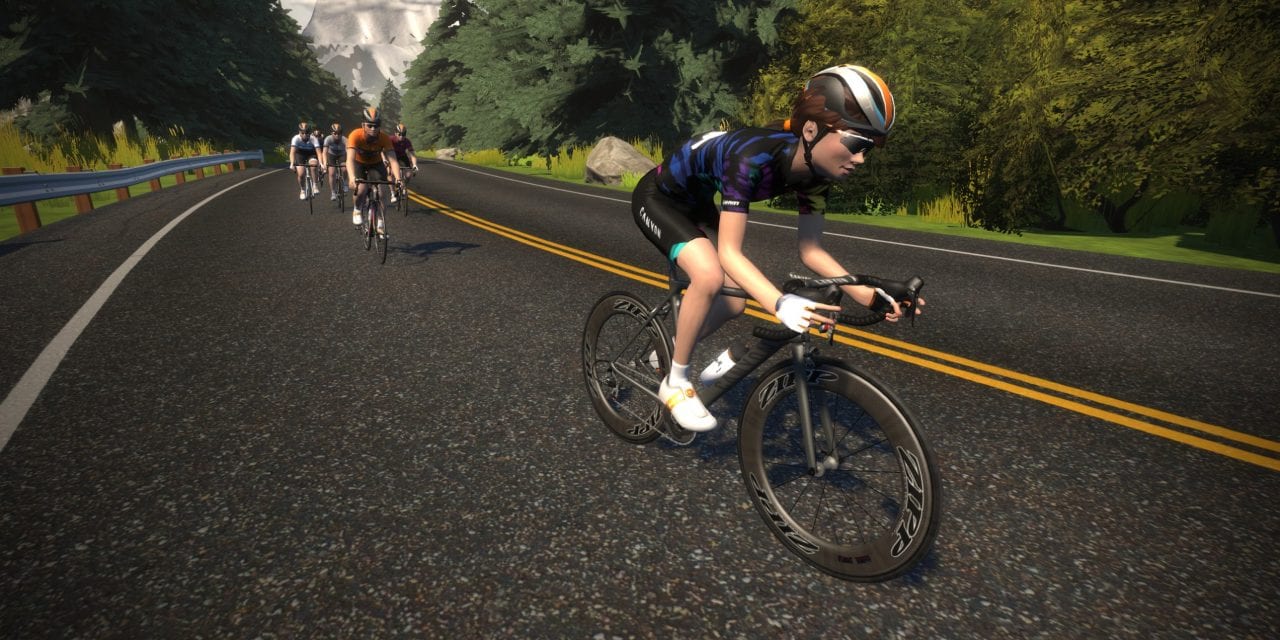 Zwift racing may seem like a testosterone-fueled world. But women’s racing is coming out of the shadows! You won’t find a ‘You don’t belong here’ attitude. In fact, you’ll find friends and teams eagerly seeking new recruits. Here’s more on the current state of Zwift women’s racing.

We are into the thickest part of winter in the Northern Hemisphere. This is the peak indoor racing season, and while women’s racing is still short of full participation there is so much being done to promote women’s racing!

Certainly, the 2017 Zwift Women’s Academy attracted a lot of female riders. The women’s only races were suddenly full. Group rides were large packs. But, completing all of the requirements for the Academy was less than desired. Was it the eight workouts or the five mandatory group rides? I would like to see group ride requirements reduced. I also think one of the races could be a time trial event or include a neutral roll-out start to keep new racers from getting dropped right away. It can be a lonely ride if you aren’t prepared to have heavy combat for the first few minutes of a race. Integrate, not isolate.

It is pretty simple to get involved. There are four brackets of A, B, C, and D. Each week, the race is held in 8 different time zones (one race every three hours). You get to pick which one will work with your schedule. Then, you race and receive points. A season is eight weeks (races) long.

There are prizes and a grand annual World Cup Final. The second and third placed riders overall from each season race head to head and can qualify for the next season finals. Pretty good deal. Did I mention cash prizes? This year’s final will be held in Los Angeles March 24 and 25. This competition features paid travel and over $100,000 in total prize money. Insane.

Also right now, CVR holds training classes for those who want to get a taste of racing and prepare for the next season. Women’s participation is still low.

Big credit to CVR for stepping up with men’s and women’s racing. They have set up these races for the long haul. Participation should rise annually.

You might like their “La Féminine” training races. One is coming up Thursday Feb. 8. See Zwiftpower or Zwift events.

The down side of a women’s league? Some zones are small, with women and men sharing the course. In larger zones, CVR has a separate start for the women in their own module. Which is harder? Competing against 20 other women or competing with four other women in a sea of a hundred men?

This series was born from the Australian Zwift Crit Series. Kudos to KISS who stepped in and took up the responsibility after Zwift started the competition. Race modules were problematic in the early part of the season (almost always with the women being unable to log in). Once resolved, the series started anew in December 2017 and has a few weeks left. The final races are in April, the 14th for Europe sponsored by Tacx and the 21st for North America sponsored by Cycleops.

KISS has done great things for racing on Zwift. They are at the forefront, presenting several races each week live on Zwift Community Live (streaming on Twitch, Facebook and YouTube). They have a 100km race on Sundays (if you dare) and a four part 2km race series on Saturdays (which I love).

TeamODZ has had a few races for women in the ODivaZ series. I’ve done their Saturday race a few times. You might love the start, a fairly easy roll-out for a few kilometers. A nice change of pace. In the ‘A’ group, expect a sprint at the end of the warm-up. The ODivaZ Race is generally held twice a month.

There are a number of brave gals running the show as race team captains and team group administrators. You’ll find most teams on Facebook. The best location for a list is at ZwiftPower’s list of Zwift Race Teams. Look at the women’s race results and you will see a list of teams that the riders are associated with. I ride for Team Fearless.

Some teams ride and train using Discord. It’s the best way Zwifters have found to communicate on a specific channel.

Want to see what women’s racing is like? Watch our events, as they are often broadcast live! CVR weekly races can be seen here every Tuesday on live streams every 3 hours starting at 2 am EST. KISS broadcasts their Thursday races at 2 pm and 8 pm EST races. Broadcasts appear at Youtube Zwift Community Live and you can comment live at Facebook Zwift community Live.

By watching, you may get the ‘bug’ and start racing too. 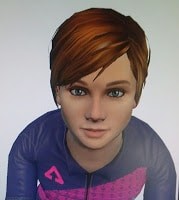 Zee is an avid, sometimes rabid, fan of Zwift. Her favs include Fabian Cancellara and Kristina Vogel, and she loves studying athletic training, diet with nutrition. Zee was the first graduate of the 2017 Zwift Academy, prefers short races and has a hard time resisting any Zwift challenges. Zee races often and leads a Zwift Group workout on sunday mornings. She is the administrator of ZwiftOff, a support page for weight loss in the Zwift community. Follow her on Strava, send her an email, or find her on Facebook.