Winter Training: Is It Working? 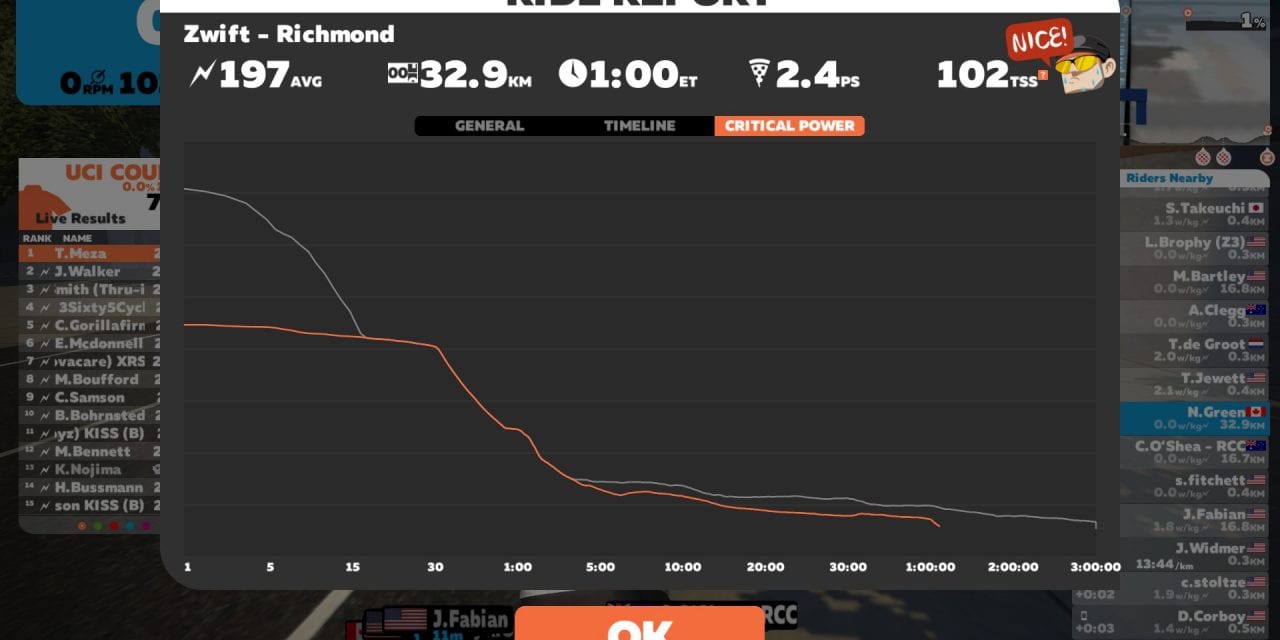 It’s been seven weeks since I started my Zwift account. In that time I have managed to put in roughly 60 hours on the bike, travelling 1800 kilometers. I’ve had some strong days, and some days where the legs were just not there. There have been some days where a light spin is a light spin, and days when a light spin turns into a hard charging sufferfest that leaves the legs begging for a few days off.  In the seven weeks there have been three successful “McCarthy Special’s” – and one utter failure. Two of the rides have been over 100 km and in total there have been 1600 metres of climbing.

Recently I’ve been struggling with the question of improvement. I’ve been training most days, with the last stretch being ten days between days off. By the tenth day my legs were flat. Reviewing the power curve at the end of each ride has been a disappointment, as I’ve been nowhere near my ‘best power.’ Yesterday life stepped in and gave me a great reason to take a day off. Specifically, I “didn’t want to ride,” and seeing that it had been ten days it seemed like a great day for a rest.

So now it’s a Friday night, and after a busy week I’ve got about an hour to put in some miles in Richmond. Shortly after getting started, I was happy to see my friend Karl on my wheel. Karl is lighter and stronger than I am, so he’s great to get the competitive juices flowing. The ride was going well, and I attacked the hills on the first lap. The Strava results speak for themselves. Every uphill segment in the hills resulted in a personal record. This also extended out to the complete “Richmond 2015 UCI Worlds Lap” segment, where my previous best fell by almost 3:30. Perhaps more exciting was the change to my Critical Power curve: while it used to be a fairly smooth down slope, today’s ride caused a plateau at the 30 second to 1 minute mark. Perhaps I’m a little crazy to get excitement from pushing up my power curve, but this has become one of the most rewarding aspects of my Zwift experience.

As a brief summary, this reinforces the value of regular training, as well as the value of rest days. I have to keep in mind that training too much, or too hard will lead to less than favorable results. Now it’s time to get ready for tomorrow, when that “Fast Friend” Karl and I are planning on doing a metric century around London. 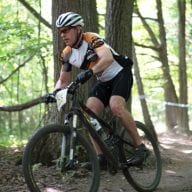