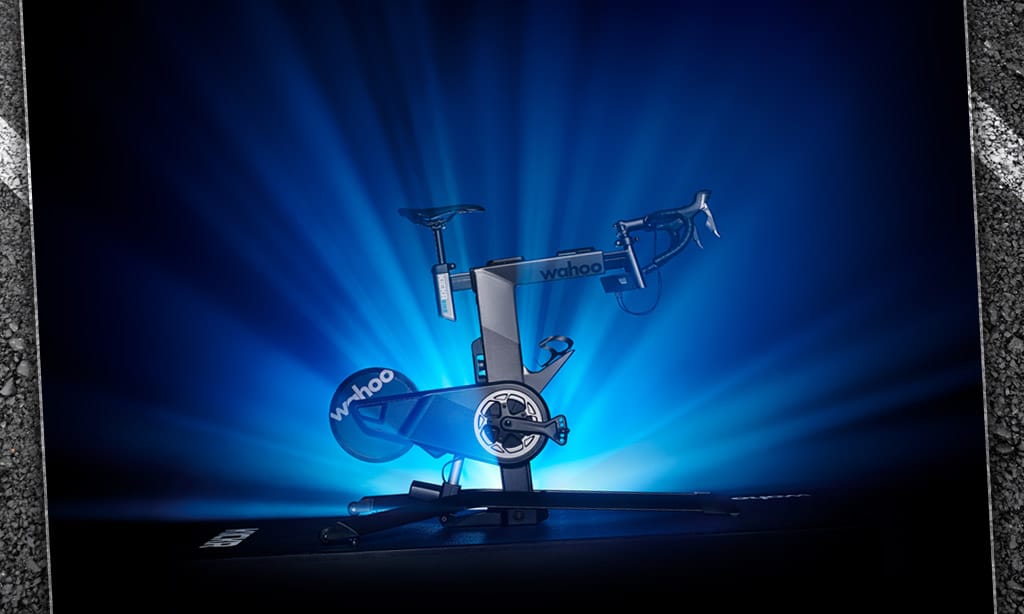 Here at Eurobike 2019 Wahoo has just announced what is literally their biggest product yet: the Wahoo KICKR Bike.

How does the KICKR Bike stand out from the new crowd of smart bikes being announced here at Eurobike? Well, it’s got a distinctive look for sure. And it’s the only smart bike which includes bike-tilting gradient simulation. Also, the customization options via Wahoo’s app appear to be second to none.

But perhaps most importantly, this bike comes from Wahoo: the US-based company whose KICKR is the most popular trainer in the world by a good margin. Wahoo founder Chip Hawkins told me yesterday this bike is 3-4 years in development–and it shows! This is definitely a full-featured, premium quality smart bike.

Wahoo is saying their bike will ship to the US in October, with shipping to Europe and other markets in early 2020.

Priced at $3499USD, the KICKR Bike is perhaps the most expensive of the new smart bike offerings. But it also includes Climb functionality, which arguably adds $500-$700 to the price.

Want to see and hear more? Check out these first look videos from our friends Ray and Shane:

I have the Kickr Bike as of a couple weeks ago, hoping Zwift adds some features to support the bike such as allowing the MTB to be steered and braking.