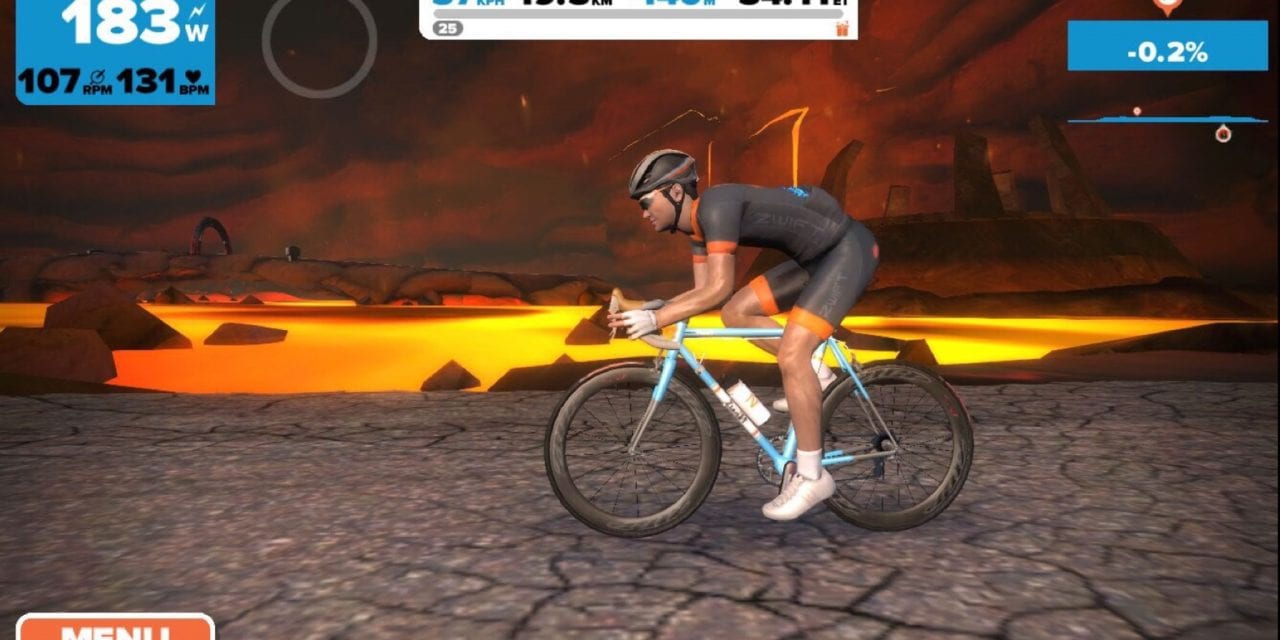 UPDATE: ZwiftHQ has published the route details for this expansion here. It appears there will be two new routes added to Watopia’s list:

Since this the first Strava post showing the new extension, we can extract quite a few details with some basic analysis:

Hopefully the new route release will also include the ability to go in reverse direction from the starting pier, so we can quickly get to the volcano loop.

This map shows the new route (red) and where it connects to existing routes (black). 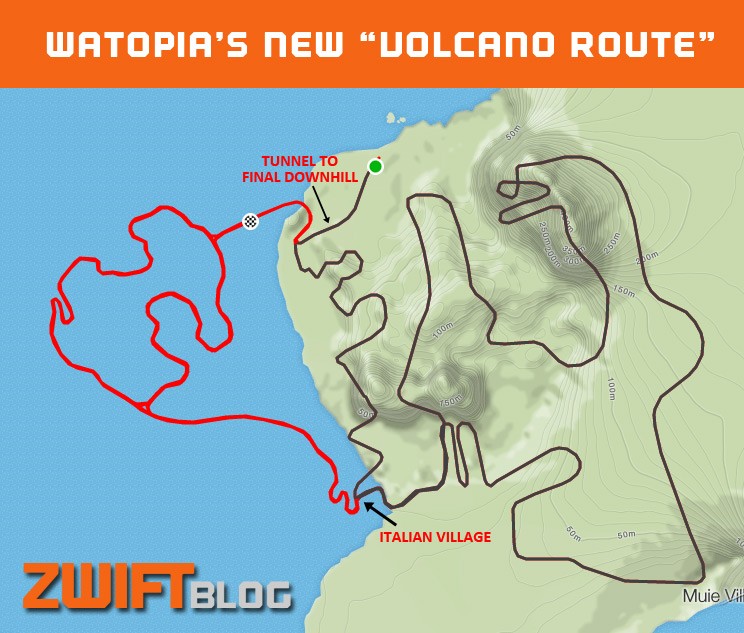 When Can I Ride It?

ZwiftHQ never gives hard dates for new route releases, but my guess would be by the 17th of January. It may even arrive this week! They almost released it at the end of December, but had some fine-tuning to do and decided to push it off a bit.

You can see a short glimpse of the new route in the GCN video below (the whole video is fun if you want to look around Zwift’s headquarters, but check around the 5:00 mark to see the new route).

Based on the screenshot below it appears there is a climb up the volcano which is not included in Eric Min’s Strava ride. Exciting stuff! 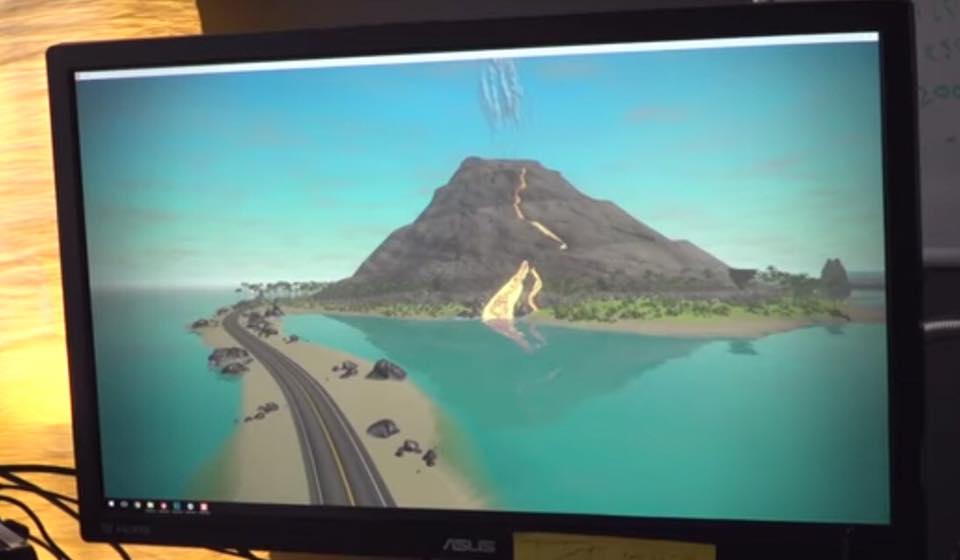 Here is the intersection from the Italian Village to the new route: 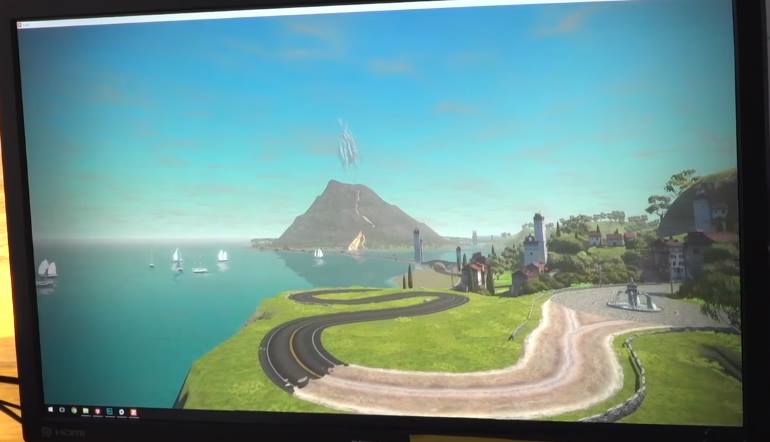 Here’s a screenshot from Zwift’s VP of Partnerships, Mike McCarthy… running inside the volcano. 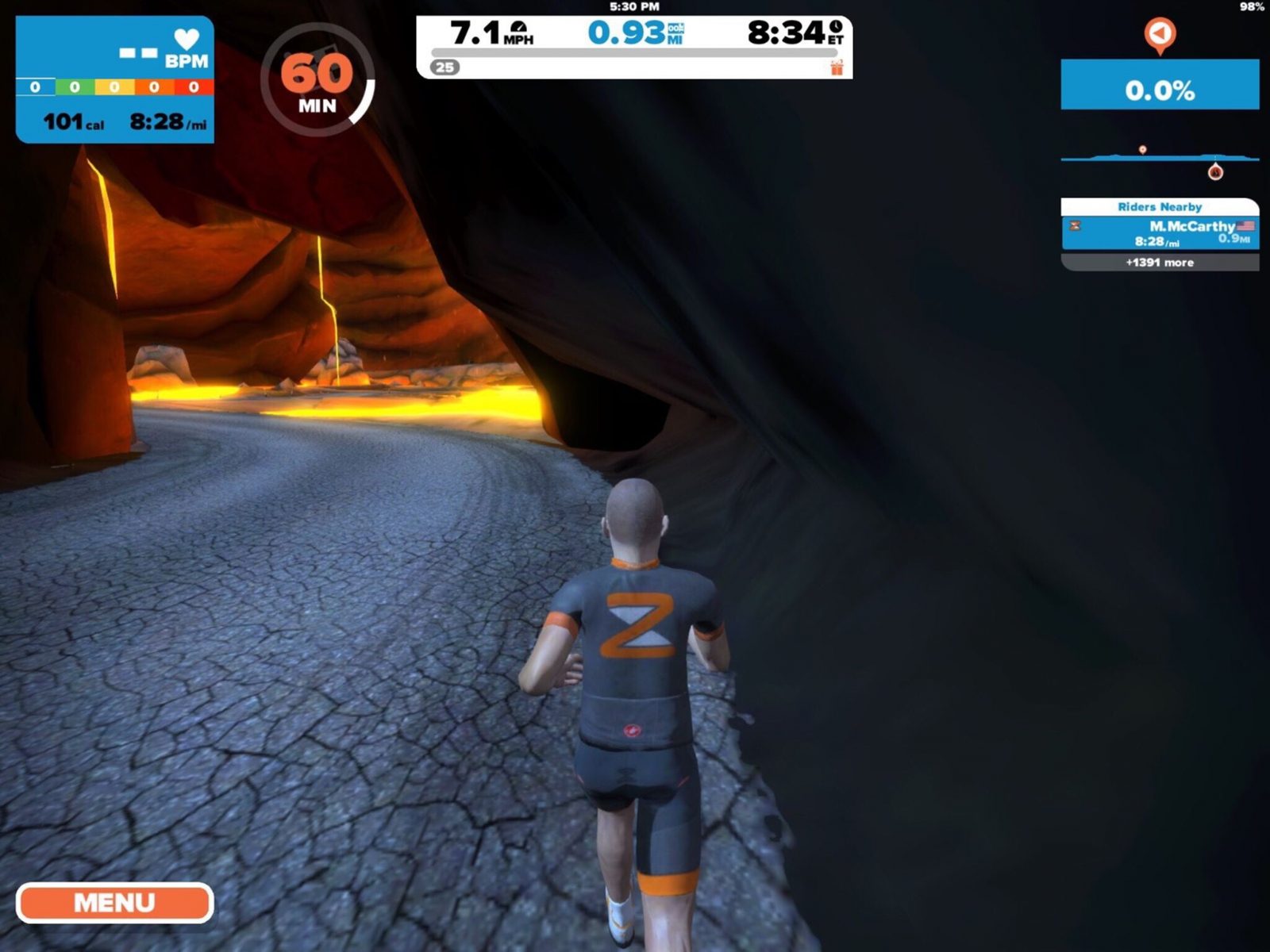