The biggest update for in-game communication to date in Zwift has been the recently revamped messaging within the Zwift Companion App (IOS/Android).

In game messages no longer appear and disappear on your Zwift screen, you’ll be able to see who said what and reply either to the group, or via direct message.

The global messaging works the same as in-game, so it’s global when not within an event and becomes group-only messaging if you’re riding as part of a group ride or race.

NOTE: As mentioned in the video. The Zwift Companion app has to be open and in the foreground (on screen) to receive any messages. It doesn’t operate in the background like other messaging apps you may be familiar with. 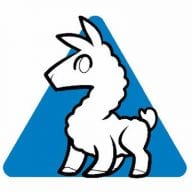 aka GPLama. Husband. Internetwork technology expert. Cyclist. Traveller. Bone breaker. Llama enthusiast. Shane has been creating online content for years with race reports, rides, travel, everything Australia. Now days it's mostly bikes and technology as there's been a huge convergence of the two. On the road Shane has won 15 National age group championship titles and 29 State age group championship titles. And if he was to stop breaking indoor trainers, his collection of those would match those numbers too.